Steak dinners for $1.50 at the Bakersfield Inn and the community says farewell to the late judge Joe Noriega

* ... LAW SCHOOL: It was nice to hear from Kerry McGill that his son, Phillip, has decided on attending law school at the University of San Diego. I met Kerry while appearing on the  "Moneywise Guys" radio show (KERN 1180 AM), where he is one of the hosts. Phillip graduated from Stockdale High School and then UC Irvine and ended up with a number of law school scholarship offers (including one from the University of Notre Dame) but decided the lure of staying in California was just too great. Hats off to this high achieving youngster. 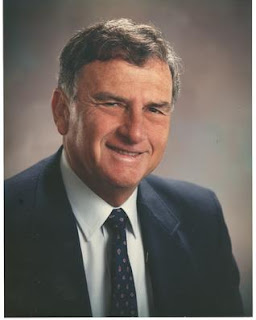 * ... BAKERSFIELD INN: A reader sent me a menu from the old Bakersfield Inn on Union Avenue, once one of our city's premier restaurants. There's no date on it but it apparently was printed during World War II because it includes a note about many employees being gone serving in the military. The hotel's signature New York sirloin steak went for $2, halibut was 85 cents, salads were around 80 cents and two pork chops (including potatoes and rolls) went for 80 cents. Breakfast? Poached eggs on toast cost 65 cents, bacon or cheese omelette was 50 cents and a cup of coffee was a dime. 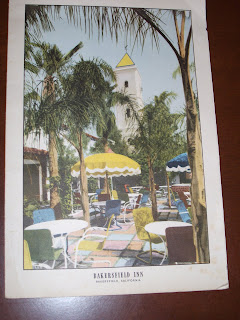 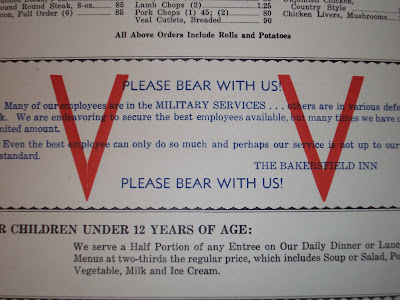 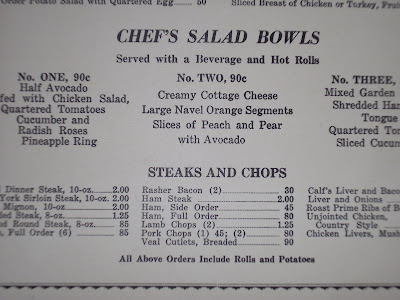 * ... CRIME WATCH: Heard from a Northwest resident fed up with petty crime in her area. "We get hit almost every night - Coffee, Olive, Hageman, Patton - they take everything that's not nailed or glued down in your car and they go through your car like they are on some kind of scavenger hunt ... chap stick, hair scrunchies, cheap sun glasses. Whether you locked your car or not, whether you locked your garage door or not, whether you locked your front or side door or not. Nothing like waking up to hear someone was in your home while you were sleeping. I think the security watch signs should say 'Welcome to our neighborhood. Take all you want. Let's not be strangers. Come back anytime ya hear!'"

* ... MORE OLD TIMES: Dena (Chase) Duty, born and raised here, wrote to share some special memories of Bakersfield. "As a family we would go to Woody's Toy Circus on Ming Avenue and I remember picking out a set of clackers and my mother bought me my first 'grown up' pair of bell bottom pants from Newbury's when I was around 10 years old. I have lived in other states (Scottsdale, Az., Colorado Springs, Co.) and while I appreciate their beauty and uniqueness, I am so happy to be living back here in Bakersfield, my home. Your (column) ... puts a smile on my face. Thanks for letting me share and keep the 'Bakersfield Memory' chain going. Love it!" And thanks to you, Dena.

* ... AIR PARK: Earlier this week I mentioned the fact that there was once a small air strip (called La Cresta Air Park) up on the Panorama Bluffs between Bakersfield College and Greenlawn Mortuary and Cemetery. One reader, Gary Denny, emailed to tell me he not only remembers the air park but also recalls that it would occasionally be used for drag races.

* ... BAKERSFIELDISM: You know you're a Bakersfield old timer if you "remember when Kern City was the newest part of town."