* ... OUR SHAME: One of the worst aspects of this Great Recession can be seen off Highway 178 and Morning Drive where a once promising housing development sits neglected, vandalized and seemingly forgotten. Three homes on Morningstar Drive, presumably model homes, have been ransacked and gutted of sinks, doors, plumbing and built-in cabinets, their windows shattered by vandals or bored teenagers. And down the street, littering the empty cul-de-sacs, some in our community have  taken to dumping their old couches and trash, making a bad situation worse. Pat Johnson, a county employee who lives in the area, has called city code enforcement numerous times to no avail. Is there just so much of this that the city can't get to all of it? 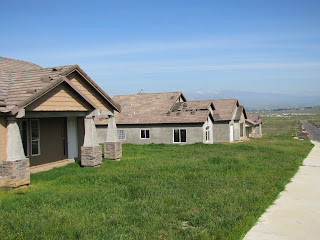 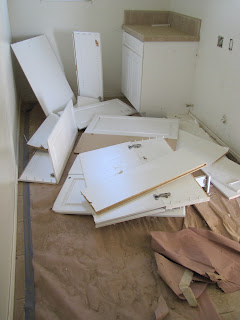 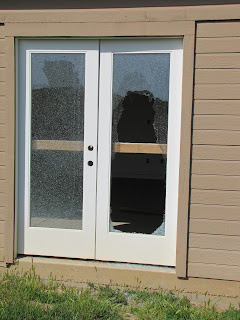 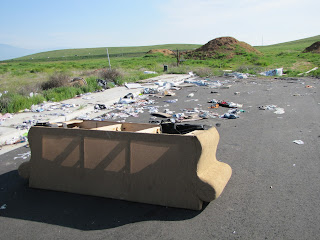 * ... SPOTTED: Bill Russell, the All-Star center for the Boston Celtics and one of the greatest professional basketball players ever to take the court, was spotted at the Starbucks off Olive Drive last week by Rick Kreiser, owner of Carney's Business Technoloy Center. "I asked him if he was here to play golf and he said, 'nah, just passing through," Kreiser said, adding he recognized Russell instantly and was impressed by his multiple All-Star rings adorning his fingers. Apparently Russell has local connections because he has been spotted in the past at Bakersfield Country Club. 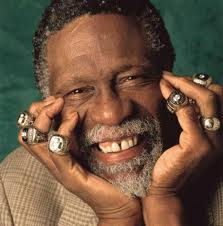 * ... FUND RAISER: Looking for a good cause to support while enjoying some excellent wine? You might consider the Henrietta Weill Child Guidance Foundation's annual wine tasting this Friday, March 11, at the Guild House downtown. From 5:30 p.m. to 7:30 p.m. David Dobbs and his staff from Imbibe Wine and Spirits will be pouring wine from Spain, Argentina, France, Italy, New Zealand, Portugal and the United States. There will be hors d'oeuvres prepared by the Guild House staff and a dinner from Cafe Med. The cost is $75 per person and all money will go to a great cause. Call Toni Ross at (661) 322-1021, Ext. 186, to make reservations.

* ... GARRISON OUT: It looks like Scott Garrison and Lightspeed Systems have parted ways.  Garrison had been serving as president of the local technology company until last week. In a memo to employees Garrison said he was leaving to place a "greater emphasis on my personal life" and had accepted a "less demanding position" as director of business development at Stria, a document imaging company.

* ... MEMORIES: Nothing like a walk down memory lane to get your morning started. Thanks to contributor Al Sandrini for the following: "There are many other places I remember that nobody has spoken of in your column. The Crystal Inn (I think at Planz and Union Avenue); a miniature golf course (next to Green Frog on Bernard Street); Babe Lazane's golf driving range was next door to the batting range on 34th Street; a nine hole golf, three par course on Columbus, just west of Union Avenue that was run by John Anselmo, who gave lessons to Tiger Woods after he moved to Orange County; trolley tracks down Chester Avenue (the trolley was supplied with power from the power house where Salvation Army is located at 19th and Union); cattle pens at the corner of California and Oak, just west of the overpass. The Santa Fe had their caboose tracks on one side of the pens and the loading tracks on the other. Conductors must have loved the smell of the old cabooses the next day."

* ... BAKERSFIELDISM: From local physical therapist Kyle Lacy: You know you're from Bakersfield if "you remember getting chased off the artificial ski run at Bakersfield College when you were going down it on your skateboard in the mid 1970s."
Posted by Richard Beene at 12:17 PM

I believe the Royal Palms Golf Course (on Columbus west of Union) had 18 holes. Took lessons there in the late 1960s and skied down the slopes at BC in the late 1970s. Fun memories.