If it's almost April, it must be time for another First Friday in downtown Bakersfield

* ... FIRST FRIDAY: There's a spectacular art show opening this weekend to kick of the First Friday festivities downtown. Don Martin, known as "the mayor" of downtown because of his relentless push to improve the central business district, says the opening of "From the Desert to the Sea" may be one of his best productions yet. The show features a stunning collection of California landscape paintings featuring Los Angeles-based artist Mary-Austin Klein. In addition to Klein, artists from Santa Barbara to the high desert will be featured, giving the opening its title. The show is sponsored by the Kern Community Foundation and Memorial Hospital Foundation and part of the proceeds will go to the Children's Medical Center at Memorial. The weather should be warm so make sure the Metro Galleries on 19th Street is on your itinerary Friday. And of course, all the downtown eateries, bars, shops and art galleries will be buzzing with activity starting around 5 p.m. 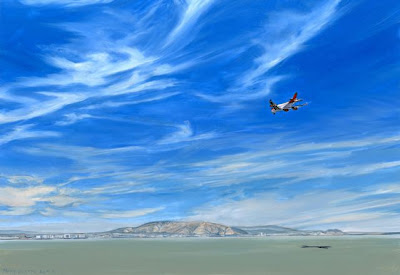 * ... AL BALDOCK: Al Baldock, the legendary Taft College football coach and one of the most successful community college coaches ever, died two years ago but will never be forgotten. And now the Taft College Foundation has named its annual fund raising golf tournament in his honor. The Al Baldock Memorial Athletic Golf Classic will be held Friday, April 8, at the Buena Vista Golf Course. Baldock, a 1954 graduate of the University of Southern California, coached at numerous colleges before returning to Taft College in 1976 where he taught for 16 seasons. While Baldock was coaching at Alan Hancock Community College, he gave NFL great John Madden his first job coaching. Madden later wrote a sizable check to start the Al Baldock Memorial Scholarship Fund. (Baldock photo by John Harte) 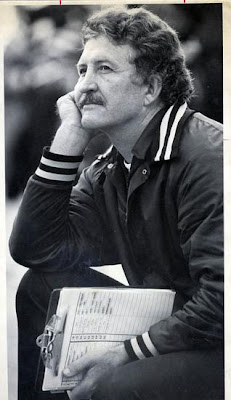 * ... CRIME TIP: Always find a secure place to hide your spare car keys, either in a safe or some place hard to find. Police say burglars often find your spare keys when they are in your home and then return within two or three days to take your car, a double insult to your privacy and security.

* ... WINE TASTING: If you are looking for a way to sample some good wine, meet friends and support a great cause, consider this Saturday's 3rd Annual Wine Tasting and Auction to support the American Cancer Society. It will be held from 4 p.m. to 7 p.m. at Motor City Lexus in the auto mall on Gasoline Alley.  I have attended this event and it's well worth the price of entry ($40 in advance, $50 at the door). It features wine from 20 Central Coast wineries and food from some of our community's best restaurants. And you can do it while supporting the fight against cancer, a disease that has affected almost every family I know. 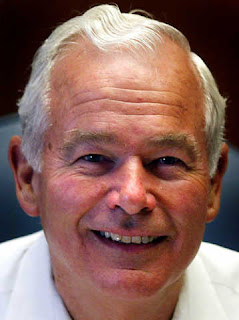 * ... WARREN'S: Suzanne Bunker-Kishimoto wrote to correct an earlier reader about a drive-in on Chester Avenue. She said it was actually Warren's drive-in (Wayne's being the dairy). "My father, the late Bruce F. Bunker, had the first law offices nearby on Chester Avenue. It was always a big treat for us to have lunch with dad at Warren's because we got to eat their cheeseburgers in the parked car, this being at a time when people didn't dine in their vehicles very often."

* ... WHO KNEW? The “Bakersfield Sound” is not just a nickname for country music, it’s actually a defined style, which is inspired by use of pedal steel guitar, the Fender Telecaster electric guitar and intense vocals.

Posted by Richard Beene at 1:04 PM