* ... GOLDNER: Kudos to Barry Goldner, the local attorney who will be honored with the  Kern County Bar Association's Bench and Bar Award on Thursday, April 28, at the Petroleum Club. This is a prestigious award in the legal community and recognizes outstanding service to the administration of justice and contributions to the profession. Barry is a principal at Klein DeNatale and Goldner and is married to Teri Goldner, a former judge who now serves as county counsel. Their daughter, Rachel, will graduate from Garces Memorial High School this year and will attend Fordham University in the fall. 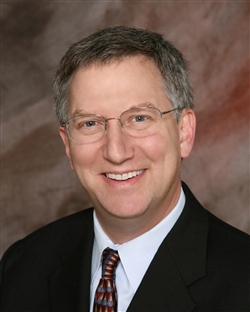 * ... MONTY BYROM: Had a chance to stop by the Buck Owen's Crystal Palace Saturday to take in the music of Monty Byrom, founder of the country rock band Big House. I had not been to the Palace in some time and was reminded of what a pleasant venue it is on any given night. Big name acts regularly appear there, but you can enjoy it just as much with the house band or a local talent like Monty Byrom, who wowed the audience with his rendition of Roy Orbison's song "Crying," a darkly emotional ballad that was No. 1 on the charts way back in 1961. 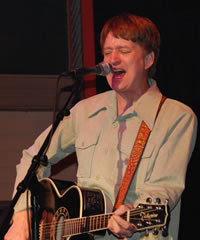 * ... LIGHTSPEED: Lightspeed Systems, a locally owned technology company, is expanding its footprint in the downtown area. The company, owned by Rob and Judi McCarthy, has taken possession of the old Youth Authority building at the corner of 19th and F streets. The building is now being spruced up and remodeled, a welcome sight considering its checkered past. A few months ago a fight broke out among some of the youthful offenders hanging around outside, leading to the stabbing of one man.

* ... ILLINOIS BOUND: Stephanie Green dropped me note to inform me that Josh Gallington, who kicked for Bakersfield Christian High School and Bakersfield College, has won a full scholarship to play football at Northern Illinois University. NIU's first game is at home against Army on September 3. They will also face off against Big Ten power Wisconsin on September 17 at Soldier Field in Chicago.

* ... TUMBLEWEEDS: Frances Cagle Sinclair wrote to say she "got a huge chuckle of your mention of tumbleweed snowmen. When I was doing my student teaching in Fresno (1959) I imported some Lost Hills tumbleweeds, sprayed them white and put together a snowman for my fourth grade class. It was quite a feat getting those 'weeds' in my little Chevy for the trip."


* ... HOST FAMILIES: My friend Sue Peninger is once again looking for families to host a French exchange student this summer. The program is called Horizons du Monde in which French students are placed with American families between July 29 and August 18. This is always an interesting program and folks who have done it rave about the experience. If you are interested, call Sue Peninger at (661) 332-7147.

* ... WHO KNEW? Covenant Coffee is a local Bakersfield company that gives all its profits to support foster youth. Its coffee comes from Tanzania but is packaged right here in town.