We're No. 1 (in air pollution) and the Norega Hotel gets some well deserved recognition

* ... POLLUTION: Bakersfield came out on top of another list of dubious distinction. According to the American Lung Association, we have the worst air pollution in the nation. Following Bakersfield as the nation's worst offenders were Los Angeles, Phoenix, Visalia and Hanford. The collection of so many Central Valley cities is further evidence of the general overall poor air quality in this fertile, agricultural area we all call home. As the report noted: "California has the warm, sunny climate that encourages pollutants to form and the geography that helps trap them." 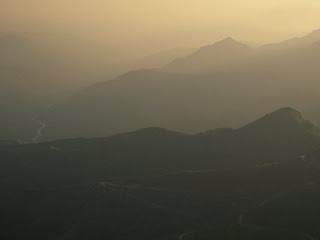 * ... NORIEGA: So nice to see the Noriega Hotel getting some much deserved publicity by winning a James Beard Foundation award recognizing this historic Bakersfield eatery. The New York Times ran a glowing review, which of course comes as no surprise to those of us who regularly dine there. Sister owners Rochelle Ladd and Linda McCoy flew to New York to receive the award during a ceremony at the Lincoln Center. Here's to Noriega's pickled tongue, oxtail stew and fried chicken. 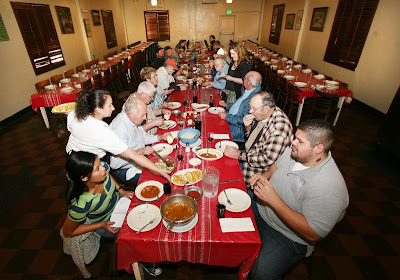 * ... NAVY PILOT: Hats off to Miles Smith, a Bakersfield High School product who just graduated from Embry-Riddle Aeronautical University with a bachelor's degree in aeronautical science. He was also commissioned into the U.S. Air Force as a 2nd Lieutenant and will be sent to the Pensacola Naval Air Station to begin training as a flight navigator. His parents are Cheri and Lee Smith of Bakersfield.

* ... BUICK: A shiny new silver Buick Lacrosse showed up in my neighbor's driveway the other day, fresh off the lot at Motor City. Dubbed by the automotive trade press as the "Lexus killer," the Lacrosse has enjoyed terrific reviews and its styling is indeed impressive. Even more impressive is watching Buick, not exactly an exciting brand for my generation, make a complete comeback. 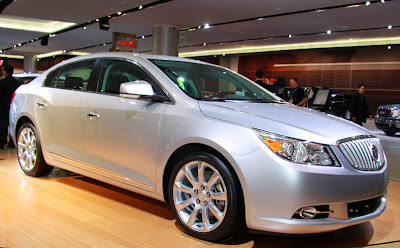 * ... MAIL BAG: And there is this from my mail bag: Jacob Johnson, a Bakersfield boy who became a California Highway Patrol officer, was chosen to sing the national anthem at a ceremony recognizing and honoring all California peace officers who died in the line of duty. "What a blessing to be able to attend this ceremony as well as to hear his beautiful voice," said his mother, Pat Tricia Johnson. Jacob worked for the CHP in Bakersfield and is now stationed in the Golden Gate Division where he works as a canine officer.

* ... MANNERS: How long is one expected to wait for a doctor's appointment before walking out? I had one of those "you have the first appointment after lunch" the other day and gave it 25 minutes before leaving. Sometimes it just feels good to take matters into your own hands.
Posted by Richard Beene at 9:42 AM

if you want to truly make a difference, name the offending dr's office!

Jake is exceptional. Can't wait to hear his performance!

Wow Beenee...Where did my comment go? I guess you edit the comments, and educated informed opposition is unacceptable...Heil Beene!

Have you ever thought there may be a sicker person ahead of you?