* .... WEEKEND: It was a big weekend for events of all kinds, starting with the First Friday celebration downtown to a big cycling road race that drew more than a 100 riders from across Southern California. The First Friday event in the arts district was held under perfect conditions and the streets were packed. It was encouraging to see so many businesses doing well as folks mingled in the streets and took in the art galleries. Out at the Golden Empire Classic road race championships, there were several nasty crashes and at least one rider suffered a broken ankle when he failed to negotiate a turn going over Round Mountain. But the conditions were ideal and riders seemed to love the challenge of the 32-mile loop over Round  Mountain. Among the local riders participating in the race were Tyler Williams, Mike Marotta, Mike Noel, Gareth Feldstein, Tom Morgan, Glenn Hammett, Matt Clark, Mike Hutson, Brian Monroe, Sam Ames, Greg Walker, Matt Thompson David Rous, Zane Adamo and Mike Perry, and many others.

* ... PRESIDENT'S AWARD: So nice to hear that CSUB music professor Doug Davis and his wife, Adele, received the President's Award on the 25th anniversary of the Bakersfield Jazz Festival. This is a wonderful event that would not be possible without the efforts of Doug and Adele. But what some folks don't know is that the jazz festival has also raised more than $500,000 for scholarships for deserving CSUB students. The festival is a wonderful thing, but these scholarships add a new dimension to the annual event out at the CSUB  campus. 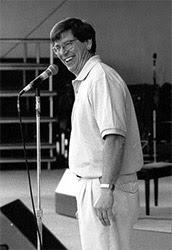 * .... SPOTTED: Christine Thornburgh, a partner in the firm of  Brown Armstrong, Accountancy Corp.,  was seen at at the outdoor Prairie Fire lounge at The Padre Hotel with an entourage of friends celebrating her 40th birthday. Accompanying  Thornburg in her limo were fellow Brown Armstrong employees Connie Perez, Ariadne Cimental and Diane White. Anker Fanoe, regional president of the local Rabobank office, joined in the celebration at the outdoor bar. 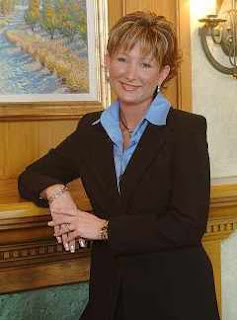 * .... CUSTOMER SERVICE: Hats off the Hoggz Surf Shop over at the Town and Country Center at the corner of Gosford Road and Stockdale Highway. I was there looking for board shorts and experienced a brand of customer service I had not seen in a very long time. You can credit that to owner Chad Hoggard who has created a culture where customer satisfaction is the standard.

* ... MEMORY: Reader Pam Martinez wrote to say she remembers an old ice cream shop "next to the Mayfair Market on North Chester. My mom worked at Mayfair, next to Standard School. It was a real treat to get ice cream there. Also remember a tiny burger stand on Ferguson, had the best fries. Thanks for the memories."

* ... WHO KNEW? Two brothers in Cincinnati, Ohio, are planning to open a restaurant called “Bakersfield.” The restaurant pays homage to the Bakersfield Sound and the genre’s “rebel, outlaw” feel. They’ll serve tacos burritos and other Mexican-inspired dishes.
Posted by Richard Beene at 2:14 PM

In regards to the First Friday/Third Thursday debate, it should be noted that while Third Thursday is not in the official "art district", it actually has more galleries open than First Friday. The Bakersfield Museum of Art( with it's four world class galleries itself), Julianne's Art Gallery, Adobe Krow, Chris Vanderlei Gallery,and the Bossanova Gallery. With artists selling their work on the sidewalk, First Friday could be better described as a craft fair as opposed to being a "high brow" event. However, both venues serve our city and should be supported.