* ... STATE FARM: It looks like State Farm Insurance is transferring more employees to Bakersfield as it closes its Fresno and Rohnert Park offices. That's according to Richard Chapman, president of the Kern Economic Development Corporation. I had coffee with Chapman and his vice president, Cheryl Scott, and they told me another 175 State Farm employees are headed to Bakersfield. Of course that's good news for everyone, particularly Realtors, since these folks will be purchasing homes in a buyer's market.

* ... SICK BAY: David Price, the former country administrator who retired two years ago and moved to Tennessee, is now a quadriplegic after four operations on his neck to relieve pressure on his spinal chord. This is devastating news to his many friends in our community, who remember Dave as a friendly, extremely witty administrator who would always lend a helping hand. In March he was admitted to the University of Virginia hospital to have surgery for a condition called Diffuse Idiopathic Skeletal Hyperostosis. Said his wife, Liz: "It appeared that the surgery was a success as he was feeling good, walking, talking and eating. On the second or third day trouble began with his tongue swelling. To make a long story very short, he has undergone four surgeries on his spinal column. He suffered an infection that setup in his spinal cord due to a hole that occurred in his esophagus during one if his procedures but we don’t know which one.
David is now quadriplegic, has a feeding tube and a tracheotomy. The doctors do not know how much function Dave will be able to regain. We do know that the window of possibility is two years. We would appreciate your prayers, specifically that he will regain his normal voice, that he will regain the ability to eat normal food very soon. We do believe that God can heal and we welcome all prayers for complete healing." 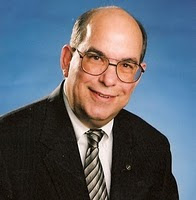 * ... THE BUZZ: Rumors were swirling this week that the newly renovated Padre Hotel was being sold. But according to owner Brett Miller, it could not be farther from the truth. Miller said some employees got the wrong idea when he told them he was negotiating a "buy out" with a farming organization. In hotel parlance, that means the group wanted to rent the entire hotel for a convention, not actually purchase it. "Some people thought they were buying the hotel," he said. "I have no intention of selling the Padre. It's doing terrific!" 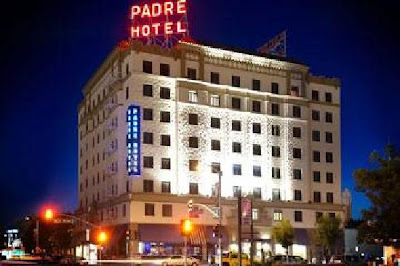 * ... STANFORD: Hats off to Raechel Paine, daughter of Maria and Eddie Paine, who just graduated with her masters degree in psychology from Stanford University. This Bakersfield High product landed a recruiting job at Box.net until she pursues her PHd.

* ... ART AWARD: Ginny Espinoza wrote to mention that her oldest grandson, Andrew Hawley, was awarded the coveted George Award for his photographic entries recently. He was among the CSUB students who participated in a gallery show of local students.

* ... OLD GLORY: And finally Glen Worrell wrote to thank the good folks over at Goin Postal on Brimhall road for offering up new American flags in exchange for older flags. "It is a great and generous thing for Goin Postal to do," he told me. "There is only one bad part... I fly my beautiful American flag over my house knowing it was made in China. On the other hand, no matter where I bought my flag it would be made in China."

* ... BAKERSFIELDISM: Retired securities broker Vince Bertolucci says you might be a Bakersfield old timer if you remember the big swing dances at the old La Granada ballroom at the corner of 16th and Eye streets near the railroad tracks.
Posted by Richard Beene at 10:29 AM