* ... SPOTTED: Actress Shelley Long of the hit TV series "Cheers" was spotted at Uricchio's Trattoria Friday night. Apparently she was in town for the rehearsal dinner for her cousin's wedding. Stacey Williams, daughter of Shelley's first cousin Jon and wife Debbie, married her high school sweetheart, Clint, at Our Lady of Perpetual Help Church Saturday. (If there is a more beautifully landscaped church in town, tell me about it) Five priests, including Father Heffernan, former pastor of St. Francis who officiated at the wedding of the bride's parents, were at the altar. All were friends of the bride's grandmother, Rena Fagot, who is responsible for the beauty inside and out of the church next to Garces. The priests joined pastor Monsignor Mike Braun, a downtown Rotarian member, to insure the marriage was well blessed. 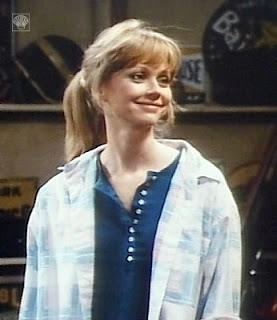 * ... BAD FORM: Darlyn Baker shard this experience while driving down 24th Street: "While stopped at a traffic light I looked to my left and noticed identical mirror type objects for babies, I assume twins, attached to the back of each front seat of a gray Toyota. The infant seats were empty. Then I noticed the lady reaching into her blouse to apply roll on deodorant! That was a first. She then proceeded to put on blush and had her mascara in hand as the light changed. People sure make a routine drive interesting."

* ... WAKE UP HARRY: It was a hilarious moment on the morning show at KBAK TV last week when anchor Leyla Santiago went to interview singer Harry Belafonte, who was hooked up via a remote location. When the camera cut to Belafonte, the famous singer appeared fast asleep, prompting the raspy voiced anchor to implore: "Wake up Harry. Harry! Wake up!" The singer continued to snooze while co-anchors John Dabkovich and Aaron Perlman shared the awkward moment. The video has now gone viral, attracting thousands of hits on the world wide web. 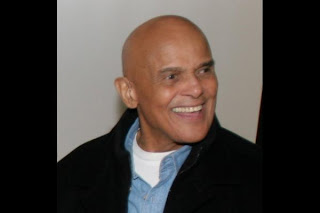 * ... TOTE SACK ANNIE: Marvin Pritchett wrote to answer another reader's question about Tote Sack Annie. "During my high school days I worked in a service station on Edison Highway in the early 1950s and almost every afternoon a person who we believed to be a female would pass by east bound on Edison Highway with a tote sack over her shoulder walking at a fast pace. Everyone referred to her as Tote Sack Annie. If anyone said anything to her she would show her displeasure with some very colorful words. She saved her most colorful words for truck drivers who honked at her. We never figured out where she came from or exactly where she went."

* .... YMCA: Good news for the Kern County YMCA, which has been struggling to make a comeback after a few years in obscurity. Board member Dave Wilkerson told me they now have more than 700 kids in Y soccer programs in Delano and Arvin, all funded by some generous local companies. "Saturday we start our soccer program in Delano, almost 500 kids fourth and fifth graders only," he said. "Along with our Arvin program that started one week ago we have almost 700 kids between the two. The Delano program is a partnership between S.C. Anderson, Inc., Delano Elementary School District and the City of Delano. Arvin is 100 percent sponsored by Grimmway farms."
Posted by Richard Beene at 2:34 PM