* ... IRONY: The corner of Truxtun and Chester Avenue was dripping with irony last Friday when the carpenter's union mounted a noisy picket line at the downtown Bank of America building, allegedly because contractors inside were using non-union labor. Why the irony? The building is owned by longtime plaintiff's attorney Milt Younger, the longtime Democratic kingmaker who represents unions across town. (file photo of Milt Younger) 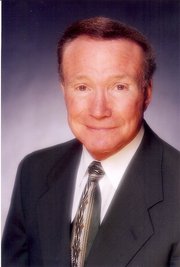 * ... THE BUZZ: There is a lot of chatter about the retirement of Kern County Fire Chief Nick Dunn, who had been investigated for using county property for personal gain. Dunn is expected to receive a lifetime pension of about $175,000, leading one reader to remark: "If he lives to 75 he'll amass $3.5 million! Not a bad deal."

* ... SPOTTED: Middle aged woman driving a fleet vehicle from ATT.Com puffing away on a cigarette and filling the inside with thick smoke. How would you like to be the next person to drive this car?


* ... DANCE STUDIO: Another La Cresta memory from Linda Larma, who recalled the Rosalie Stubbs Dance Studio that was located on Alta Vista between Columbus and Bernard streets. Rosalie Stubbs taught thousands, including Linda who now owns Linda Larma and Daughters Academe of Dance and The Gaslight Melodrama.

* ... YOGA: The Kern County YMCA is expanding once again, this time offering yoga classes at its facility off District Boulevard in the Southwest. The classes will run from noon until 1 p.m. and the cost is $50 for ten weeks of classes. Interested? Call (661) 837-9622.

* ... MEMORY: Sue Wasson wrote with her memories of shopping at Fedway at 21st Street and Chester Avenue. "This was the store of many 'firsts' in big-girl shopping - my first bra was purchased there (who can forget being fitted by the white frocked sales matron with the measuring tape around her nick.), our first TV in 1955... As an aside my mom worked at both Bakersfield Hardware on Chester and Ford Hardware. My mom said she could tell a good crop year for the local farmers when their wives came in and bought new china."

* ... DREAM ACT: The controversial Dream Act, which allows children of illegal immigrants access to state financial aid in California, will be the topic of Californian Radio on KERN 1180 Monday morning. Tune in at 9 a.m. when I will discuss the Dream Act with Jim Young, former chancellor of the Kern Community College District.

* ...  BAKERSFIELDISM: Kathy Christy writes that you may be a Bakersfield old timer if you remember going to Meadows Field and "walking right up to the fence and almost touching the planes. My grandfather used to take me and then we would go to Thrifty for ice cream and go watch the planes land and take off."
Posted by Richard Beene at 12:57 PM