* ... BAD FORM: Shame on the Carpenter's Union protesters who have targeted the old Castle and Cooke headquarters building on Stockdale Highway. The building, which houses Ticor Title, Colliers Tingey and other tenants, has been the scene of a loud, disruptive picket line the past week. One employee, who asked not to be identified, said dozens of protesters have parked themselves on private property and are intimidating those who work inside. "We can't even figure out who they are picketing and they don't seem to know themselves," the employee told me. "They are so loud we can't work." Legal or not, it's shameful that this union would seek to disrupt the work of folks who may have nothing to do with the dispute.

* ... DUQUETTE: Speaking of bad form, I was stunned to read  James Burger's front page story  in The Sunday Californian on the investigation of county Library Director Diane Duquette for allegedly using her county-issued car and gas for personal uses. Didn't we just go through this with former county Fire Chief Nick Dunn? And apparently Duquette may have used her car - and charged gas - to go for job interviews. Talk about chutzpah. Sounds like the county has developed a culture of entitlement over the years. 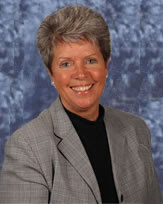 * ... VALADAO: Join me Monday morning on KERN 1180 Californian Radio when I will be chatting with congressional candidate David Valadao, a Hanford Assemblyman, and former KERO TV weather forecaster Melissa Dignan. Valadao will talk about his campaign and Melissa about her plans for the future. The program runs from 9 a.m. to 10 a.m. 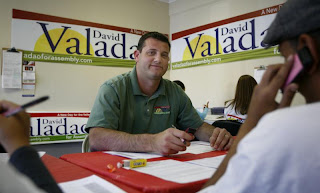 * ... DIGNAN: And speaking of Dignan, reader Nancy Edwards wrote to say Melissa will be missed. "She is very professional, yet seems to have a kind personality and has shown great compassion for the many animals who need homes in Kern County. Her absence will certainly be noted.... Melissa inspired many people, I am sure, to rescue and adopt animals. In a community in which we have read of terrible incidents enacted on helpless animals, Melissa showed our community the opposite in her daily on air actions."


* ... FEDWAY: Longtime Bakersfield resident Dan Giordano remembers playing around the escalator at the old Fedway Department store but  also recalls something equally interesting. "When you were tired of riding the escalator, there was the 'Shoe Fitting Flouroscope.' You would step up on the Flouroscope, located in the shoe department, and with your shoes on put your feet inside, press a button, look through a viewer and you saw an X-ray of your feet. They have since been outlawed."

* ... SPOTTED: Reader Paula Blakey was driving down California Avenue in front of Bakersfield High School when a yellow Mustang with personalized plates came barreling through, weaving, while the young female driver was texting and smoking.

* ... FEDWAY: Another fond memory of the old Fedway. Karen Nelson Winn was at the store and entered a contest in the shoe department - it was a promotion for Hush Puppy shoes - and won a Basset Hound puppy. "I named him Sir Fedy Fedwick!" she said.

I constantly read about the shock and surprise about the "culture" of local public safety departments (fire, law enforecement). I never read about the requirement that chiefs (except Sheriff) must be promoted from within. It is impossible to get someone from outside with new ideas who could clean house because chiefs have have to come up through the ranks.

Most bosses -- in private and public jobs -- tend to develop an attitude of entitlement, particularly when they are not the owners of the business/entity and actually did very little to create the business itself. Settled in for long periods, such bosses see themselves as self-important and worthy of the special perks that they get. A good housecleaning of any high-up boss who's been in charge for 10 or more years is probably warranted. And that boss should want to move on to new challenges, new horizons, instead of settling in and phoning it in for years on end.

Smoking and texting? At least she wasn't middle aged and fat. They're the worst!