* ... CHRISTMAS SPIRIT: Many thanks to reader Alice Brown for dropping me a note that brightened my day. She returned home last Sunday to find a plate of cookies left at her house with a note attached. "It said I had been RACK’ed," she said. "The card also said, this Christmas season, we are counting down the 25 days of Christmas by performing 'Random Acts of Kindness' each day. So often we get caught up in the shopping and forget the real reason for Christmas.  I just want to say thank you to the wonderful and caring person who shared this with me and I will be sure and continue this 'random act of Christmas kindness.'  Merry Christmas to everyone!"

* ... STINSON'S: I stopped by the annual Customer Appreciation Party over at Stinson's Stationers to touch base with owner Ben Stinson. Every year he opens his warehouse to 800 customers, treating them to a barbecue lunch and drawings for dozens of prizes, including flat screen televisions. Ben takes to a microphone like a Southern minister at a tent revival, regaling the crowd with stories while promoting his business. Stinson's is just another example of a locally owned, family business that has weathered the downturn well.


* ... BAD FORM: This from former local TV anchor and now manners columnist Lisa Kimble Edmonston. She pulled up behind the downtown Post Office to mail a letter and sat there until she realized the woman parked in front of her was on her cell phone. "I got out of my car, walked my letter to the mailbox, tapped on her window to alert her that she had a line of six cars deep behind her ... and she was totally unfazed!"


* ... WHO KNEW? Did you know that the television  series “Pan Am” co-stars Bakersfield native Kelli Garner? She’s also had a number of film roles with actors like Drew Barrymore and Leonardo DiCaprio. 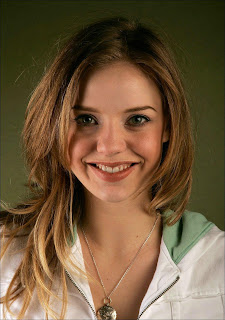 * ... CROSS COUNTRY: East Bakersfield High School cross country teams of the 1960s will be honored at the "Run for the Dream" indoor track and field invitational meet, January 21, 2012.  Bob Farley, former cross country and track coach at Fresno State, researched and found East Bakersfield High School was the most successful cross country program in the valley through the 1960s. The guest speaker will be Billy Mills, Olympic gold medalist of the 1964 Olympics (documented in the movie "Running Brave"). The meet will be held at the Save Mart Center in Fresno, starting time 1:30 p.m. Thanks to  Richard Villalovos for sharing this.

* ... BAKERSFIELDISM: Dennis Horack writes that you may be from Bakersfield if "you remember all the great men's stores we had when shopping for a sport coat or suit: Coffees, Caspers, Harris and Franks, Richmond Brothers, Seilers and Robert Hall. Back when dressing up for church or the office was the norm, my closet was full of sport coats and suits from the above retailers. I say out with today's casual manner of dress and back to the dress-up mode. My opinion is probably in the minority, but I am old school."

Posted by Richard Beene at 2:34 PM

Along with Mr. Horack, I advocate & practice a less casual approach to dressing for business, church, and social events. I am at this moment at a Boys & Girls Club fundraiser wearing a suit and bow tie.