Roy Ashburn readies for a run at county supervisor, but is Kern County ready for an openly gay elected official?

* ... ASHBURN: Roy Ashburn, the longtime local political figure whose career seemed dead two years ago when he received a DUI and later revealed he was gay, is back in the limelight running for the First District supervisor's seat. Supporters, including local political consultant Stan Harper, point to Ashburn's long public service, local connections and commitment to our community as reasons why he should be elected. Is Kern County ready for an openly gay elected official? Can we put our prejudices aside and elect the person most capable of doing the best job? 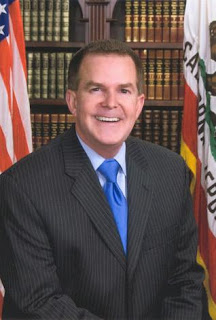 * ... BAD FORM: Just when you think things are getting better comes a note like this from local financial planner Barry Rosenfeld. He was walking to his downtown office recently when "someone disposed of a dirty diaper right in front of the building. On Friday another individual dumped several small bags of trash as well as cigarette butts in front of our community mailbox. While my wife was waiting for me in the car on Saturday she witnessed a man dump trash on the grounds of the business I was in. When I went back to the car she ... told me what he had done. I walked back in the business and told him dumping trash was inappropriate behavior. So what happened next really amazed me; the manager of the business chastised me for causing tension and asked me to leave! I have a memo to those working for world peace: if we as a culture continue to condone irresponsible behavior you have little chance of achieving anything close to world peace!"

* ... UNWED MOTHERS: Amazing to read in The New York Times this weekend that the number of children born out of wedlock is now the norm in our society. For the first time, The Times said children born to unmarried women "has crossed a threshold: more than half of the births to American women under 30 occur outside marriage." Once largely confined to the poor and minorities, the paper said the fastest growth over the past 20 years for having children out of wedlock has been among white women in their 20s. Overall, fully 73 percent of all black children are born out of wedlock. That compares with 53 percent of Hispanic women and 29 percent of whites.

* ... CSUB: Kudos to three outstanding citizens who were named to the Cal State Bakersfield Alumni Hall of Fame. One is Nancy Chaffin, my colleague who serves as vice president of Human Resources and Operations here at The Californian. Joining her were retired county counsel Bernard C. Barmann Sr., and Jerry E. Scott. A dinner honoring the trio was held at The Petroleum Club, an event that attracted some 200 guests.

* ... CARS: The annual vehicle reliability report from J.D. Powers is out and the good news is that cars are more reliable today than they have been for years. Heading the top of the list was Lexus, followed by Porsche, Cadillac, Toyota, Scion, Mercedez-Benz, Lincoln and Ford. At the bottom of the list were Jaguar, Ram, Jeep, Dodge and Chrysler, although the Chrysler products did do better than last year.

* ... SPOTTED: District Attorney Lisa Green, a fitness buff, is spotted on a treadmill at a local club watching "Law and  Order" on one of the big screen TVs.

* ... BAKERSFIELDISM: From Ben Ansolabehere: "You may be a Bakersfield original if you remember Blanc’s Garage and mercantile across from the Pyrenees Café or City Mercantile on 19th street. What an adventure for a young boy coming off the ranch on Saturday afternoon. Anything from fence posts to pins and everything in between."

Who's endorsing Ashburn?
Who's financing Ashburn?
How many retirements is Ashburn enjoying? (county, state, others?)