The proposal for a tree lined Westchester Parkway picks up support downtown, and homeowners join the trend to downsize their homes and lives

* ... 24th STREET: An alternative proposal to widen 24th Street by converting it into a "Westchester Parkway" with a green belt in the center seems to be picking up some strong support among downtown residents. There are certainly people who prefer the "no build" option, but commercial real estate broker Wayne Kress' "Westchester Parkway" option is gaining supporters. The idea: work with the city to achieve the widening but in doing so create a beautiful gateway into our community with a more landscaped option.

* ... RADIO: Mark Salvaggio is a retired city councilman who has remained active in local political circles and never shies away from a strong opinion. He will be my guest on Monday, at 9 a.m. on Californian Radio KERN 1180. We'll discuss public employee pensions, the governor's budget  and the local political scene. Join us by calling in questions at (661) 842-5376.

* ... WENDY: I attended the celebration of life Saturday for the late Wendy Wayne, an event that packed the downtown Fox Theater with friends, family members and well wishes. It was amazing how many people flew in from out of town to give their last respects to this amazing woman. Wendy's oldest son, Larkin Tacket, gave a moving, sometimes funny tribute to his mother that had everyone dabbing their eyes with tissue paper.

* ... GOING SMALL: I read with interest the Sunday column by Opinion Page Editor Robert Price who extolled the virtues of "going small" when his family sold its Stockdale Estates home and moved to a much smaller home downtown. The economy is pushing many of us in that direction, but others like the Prices are doing it as a lifestyle change. Fortune magazine picked up on this recently saying "millions of people are finding that having less makes them happier. Spending less and saving more is kind of like sushi: You have to be made to try it, but then you may find you love it." 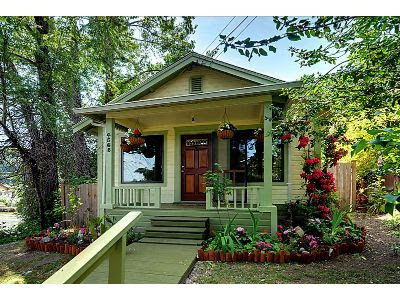 * ... REUNION: Reba Mullen's family held its 16th Bulter-Williams family reunion recently, attracting more than 60 relatives from at least six states. "I would like to give kudos to our local businesses and merchants who were very generous, gracious and supportive. Among them were Wendy Zielsdorf at the Bakersfield Convention and Visitor's Bureau for a goodie bag full of Bakersfield branded pens and bumper stickers, the folks at My Husband's Nuts and to the people at Coconut Joe's for the good food and service. And, let's not forget about Dewar's and its famous chews."

* .... SCAM: Heads up on a possible telephone scam. JoAnn Williams wrote that she received four calls in just one week, all from people with heavy Indian accents telling her she had a computer virus. "I know there is no virus. I refuse to speak with anyone I can not understand, so I never continue the call. I know there has been notice of this scam before, but so many phone calls in such a short period of time worries me."

* ... POEMS: Esther Dougherty sent me a copy of "Search," a series of poems by local waste management executive Skeet Varner. Some of the poems deal with Varner's love for and support of the sport of wrestling, and others deal with topics like aging.

Dana and I largely support the "Westchester Parkway", especially the focus on beautification. However, I am concerned that the 204 option has not been adequately explored. Mr. Rojas' reported paper-thin explanation regarding 204, especially when coupled with his documented historical mismanagement of City resources, gaveme no comfort.

Also, our old friend Wayne Kress is, as he mentioned quite clearly at the City Hall meeting, the only the representative of the Do It Right Do It Now coalition. Robert Massey, somewhat new to the Downtown neighborhood, was and is the main ramrod for the Parkway Plan; it is Robert who paid for the schematics and artwork which are now being widely published without accreditation to him. Robert and his fiancee' are welcome additions to the Downtown neighborhood, which has been our home for 18 years.