Sarah Lawrence College tops the list of the most expensive schools in the country, and Terry Maxwell joins me on Californian Radio KERN 1180 to talk about the City Council race


* ... COLLEGE COSTS: A stunning new study has identified the most expensive colleges in the nation. Ready for some sticker shock? Topping the list is Sarah Lawrence College in New York, which offers an annual tuition of $61,236. That's right, some $250,000 for four years and that doesn't include money for pizza, books, travel home, clothes and other things. Rounding out the top five were New York University at $59,837, Harvey Mudd College at $58,913, Columbia University at $58,742 and Wesleyan University at $58,202. 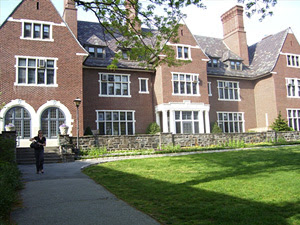 * ... MAXWELL: Terry Maxwell is a well know restaurateur and long-time local businessman who is running for the Ward 2 City Council seat being vacated by Sue Benham. He has picked up some impressive endorsements, and Monday he will be my guest on Californian Radio KERN 1180 at 9 a.m. Tune in to hear Terry talk about his vision for our city and his views on the proposed 24th Street widening project. 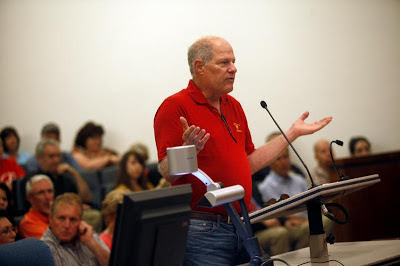 * ... CALM: A couple updates on what is happening at the California Living Museum (CALM), compliments of Steve Sanders of the Kern County Superintendent of Schools. Next month will feature an exhibit of desert Bighorn Sheep, a partnership with the San Diego and Los Angeles zoos, and CALM's first cooperative breeding program. "Also on Nov. 10 CALM will be the recipient of a Kaboom! Playground in partnership with PGE.  Some 200 volunteers will build a playground in just one day. Last month over 25 kids helped design their dream playground at CALM and many of their ideas will be incorporated."

* ... MILESTONES: Stinson's Stationers is celebrating 65 years in business this week. In a time when so many businesses have struggled to remain solvent, it's good to see a locally owned business flourishing by putting customers first.

* ... OVERHEARD: During the Kern Wheelmen Spooktacular bicycle century Saturday a trim 62-year-old is sharing his fitness regimen with a group of riders. "Every day after I void my bladder in the morning - and I mean every day - I flush and then immediately jump on the bathroom floor and do as many push ups as I can before the water fills the toilet tank. I am aiming for 50 but yesterday I did 46. Sometimes I finish and I find the cat looking at me like I am insane." Really?

* ... NICKELODEON: A local teenager has been chosen to appear on an upcoming episode of Nickelodeon when kids get a chance to as President Obama questions. Fernando Perez, a 15-year-old sophomore at Foothill High, will be among the students who will be posing questions on Linda Ellerbee's special, 'Kids Pick the President: The Candidates.' Fernando is the nephew of Connie Perez, an audit partner at Brown Armstrong who works out of the firm's Pasadena office.

* ... FUND RAISER: The Boy Scouts Southern Sierra Council have come up with one of the more innovative ways to raise money. On Saturday, October 27, people will be rappelling down the tallest building in town (Stockdale Tower) to raise money. That's right, actually rappelling down the side of the building. Each participant has to raise $1,000 for the Boy Scouts, be at least 14 years old and weigh between 110 and 300 pounds. It's called Over the Edge and if you are interested, call (661) 325-9036.