Bako Bits: Kevin McCarthy will appear on Meet the Press Sunday to discuss the fiscal cliff, and are people really using ashes from their dead pets to create fake diamond rings?

* ... PROP 30: It should probably not come as a surprise but much of the money raised by the new taxes approved by voters under Proposition 30 won't go to schools after all. At least that is the conclusion of The Orange County Register, which reported the money will instead be used to bail out the underfunded teacher's pension fund. Said the Register: "It took less than two weeks to confirm what we suspected: Much of the money from the Proposition 30 tax increases approved by voters is not going to go to schools, as advertised, but to teachers’ pensions. According to CalPensions.com, 'More money for the underfunded California State Teachers Retirement System may be considered by the Legislature next year, thanks to new attention from lawmakers and a state budget deficit narrowed by a voter-approved tax increase this month.'"

* ... PETS: Losing a pet is heart breaking, and some people will go to almost any lengths to keep that furry friend in their memory. But using their ashes to create a fake diamond ring? That's right, at least according to a story in The Wall Street Journal. It's a growing trend, in which the remains are used in the fabrication of fake diamonds so one can gaze into a ring and remember the departed. "The idea of turning the carbon in ashes into man-made diamonds emerged a decade ago as a way to memorialize humans," the paper said." Today, departed pets are fueling the industry's growth with a handful of companies selling diamonds, gemstones and other jewelry out of pet remains, including hair and feathers." * ... MEET THE PRESS: House Majority Whip Kevin McCarthy (R-Bakersfield) will be a guest this Sunday on "Meet the Press" to discuss the ongoing negotiations between House leaders and President Obama to avoid the fiscal cliff. Make sure to tune into KGET Sunday morning to take it in. 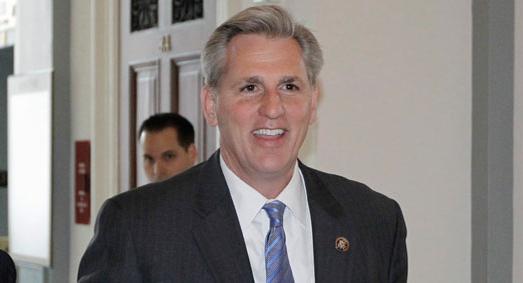 * ... KBAK: More reader feedback on KBAK parting ways with anchor Lisa Krch. From Hanford Lee: "My wife Nancy and I agree with Virginia Frazier.  We are sorry to see Lisa,  John (Dabkovich), Layla (Santiago) and Cambi (Brown) leave. So we made the logical move --we now watch Channel 17 and other local news sources."

* ... FIRST FRIDAY: Downtown's popular First Friday event returns this Friday night and this month's edition is billed as downtown holiday shopping night. Great Christmas gifts can be found at such local retailers as Kuka's Folk Art, House of Flowers, Curiosity Shop and even something for your pup at Biscuit Doggy Boutique. As usual galleries in the Arts District will be having new exhibit openings. Over at Metro Galleries artist Christine McKee's new show, "On the Homefront," premieres. This exhibit focuses on what military families deal with when their loved one's are away serving our country.  Twenty percent of opening night proceeds will be donated to NAMI Frontline of Kern County. 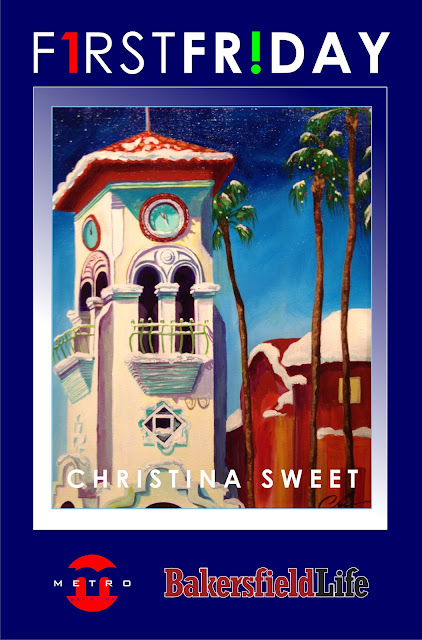 * ... BAD FORM: From one of my regular contributors: "I was in the new Target on Stockdale Highway and saw a woman in the makeup aisle putting on eye makeup.  I thought it rather strange but figured she just didn’t have time to get ready to go so brought her makeup with her. Not. She was using the eye makeup from the display and when she finished her beauty routine she snapped the container shut and put it back on the display. Being a patient woman, I waited for the next clerk to walk by, showed it to her and she removed it. It is beyond my comprehension that anyone would do that."

Fact: The state used to contribute 4% toward each teacher's pension, but this was suspended in 1999 due to "Financial emergency." Benefit levels were never adjusted and state contributions never resumed. Each teacher contributes 8.25% of their pay every day they work toward their pension. The state hasn't matched it for 13 years now... And the source cited is just OPINIONS of experts.