The Boston bombings bring out the conspiracy theorists on the web, and a little good - and bad - form around our community


* ... BOSTON: The terrorist bombings at the Boston Marathon are almost beyond belief, but equally disturbing are the troubled ramblings posted on social media websites like

Facebook, Twitter and other forums. Within an hour of the bombings some folks were speculating this was an "inside job" by our own government, or a scheme by President Obama to manipulate public opinion. The immediacy of social media allows us to talk before we think. It's disheartening that some among us simply cannot take a moment to grieve for the victims and their families as the investigations unfold. (photos courtesy of CNN and Mashable.com) 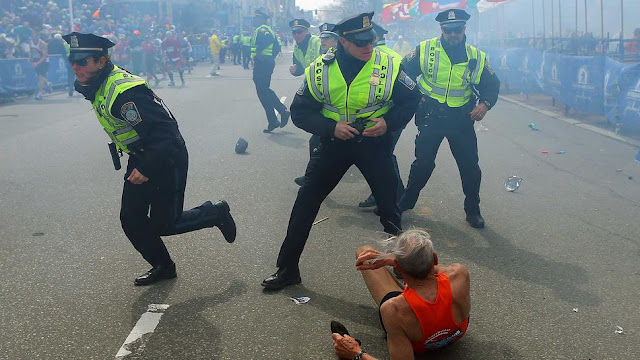 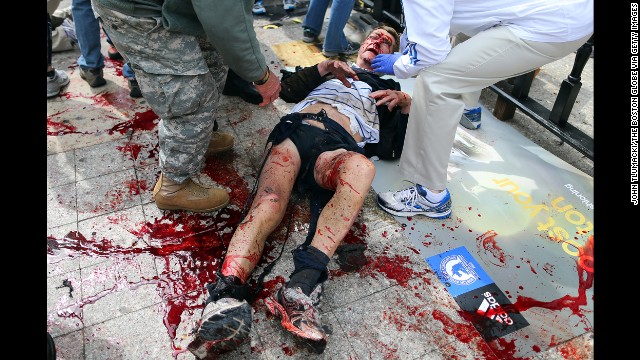 * ... GOOD FORM: Stephen Montgomery passed along these comments about a thoughtful driver. "While riding my Harley northbound on Highway 99 following a silver midsize sedan I noted the driver signaled one flash of his right turn signal to alert me to a piece of truck tire scrap in the road. Those scraps from big rig tires that have been recapped are a genuine hazard to anyone who has the misfortune to run over them. For a motorcyclist it can be a fatal event and I sincerely appreciated this motorist's thoughtfulness."

* ... BAD FORM: And then there is this, sent by a reader I will only identify as J.V. "I couldn't believe my eyes. As if her good looks weren't enough to attract attention, a lady in a black GMC Yukon Denali near Sports Chalet on California accidentally set off her car alarm and then still proceeded to empty trash from her car onto the ground. Given today's breeze, it was soon scattered all over the parking lot.  Some people."

* ... STOLEN CAR: Hats off to Bakersfield Police detectives who recently followed up on a citizen's call of two suspicious men to return a stolen car to its owner. The lesson: never hesitate to call BPD to report suspicious activity in your neighborhood.

* ... TOGNINI: I had a nice chat with Sandra Bays, whose parents were Arthur and Patricia Tognini, owners of the old Brundage Variety Store and active members of our community. She called to correct an earlier writer about a TV show that she hosted on channel 23. "I had a birth injury that was corrected and never had a (prosthetic) eye," she said. Between 1964 and 1971, she and her husband also hosted a TV program called the Sandra and Jimmy Bays show that featured prominent newsmakers and celebrities. The old Brundage Variety, she said, was located on Chester Avenue in the middle of the block between Brundage and 1st Street.

* ... MEMORIES: And here's another memory of Bakersfield a few years back, this one from reader Becky Arguedas. "Yes, I remember a variety store on Brundage Lane but I believe it was called Southwest Variety. They had everything from sewing notions, toys and everything in between.  I got my first Barbie doll there in the late 1950s. I also remember a bar at the corner of Brundage and Hughes Lane. It was called Piggots. The neighborhood kids would gather on the cul-de-sac and play baseball where I grew up not far from there and when our neighbor would come home from work, we would scatter when we saw his car coming because he always stopped at Piggots before he came home."

Very good point about knee-jerk reactions in the wake of the Boston Marathon bombing, but while small-time kooks and nuts were blaming the President and floating conspiracy theories, major media figures with much larger audiences were as quickly speculating that it was likely Tea Party-types or other right-wingers making some kind of tax day statement. Your dismay seems somewhat selective.