First Kern County Nut Festival and a fund raiser for a documentary on Billy Mize on tap for Saturday, and who remembers an old honky tonk called The Tank?

* ... WEEKEND: Organizers of the first Kern County Nut Festival are hoping for a good turnout for the inaugural Saturday event, which will be held on the grounds of the Kern County Museum. But if you are looking for something different, you might drive up to the Aviator Casino in Delano where folks are putting on a fund raiser for a documentary on The Bakersfield Sound and the life of musician Billy Mize. It all starts at 5 p.m. Saturday and there will  be poker, impressive prizes (guitars signed by Merle Haggard and Billy Mize, tickets to the Bakersfield Sound exhibit at the Country Music Hall of Fame etc) and music. Tickets are $75 per person and that includes dinner. 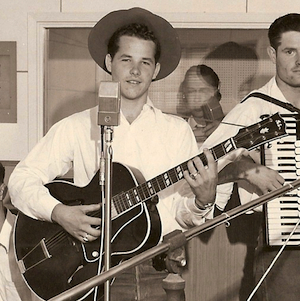 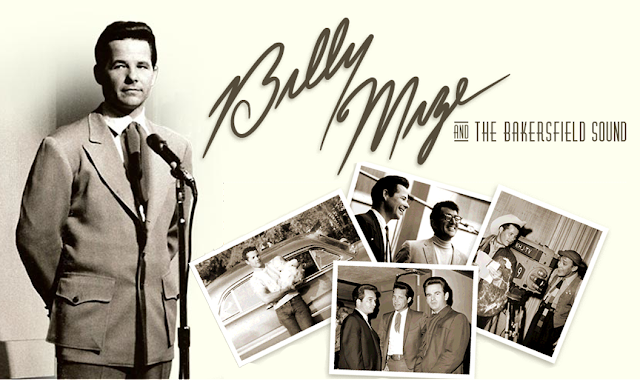 * ... BAD FORM: When are we all going to understand that our intense heat is simply not good for our animals? This from Craig Holland: "A family walking a small, long-haired, well-groomed dog across the hot pavement (at the Marketplace).  The dog was yipping in pain with every step.  (Clearly an indoor dog). The lady told the dog to shut up. I told her the hot pavement was burning the dog's pads. She gave me a look which could kill, and did not pick up the dog. Classy!"

* ... PIT BULLS: And speaking of dogs, reader Sindee Irelan wrote to thank a young preschool teacher who rescued her and her Bichon from an attacking pit bull on District Boulevard near Campus Park South. "The dog was circling me as I had picked up my dog. She (the teacher) noticed, stopped and gave us a ride home. This would have been the fifth attack in five years in two different neighborhoods in Bakersfield from a stray and unleashed pit bull. Sometimes there have been very severe injuries. Animal control did try to find this dog."

* ... DOWNTOWN: Good news for folks who live downtown: the remodeling of the Smart and Final near Golden State is well under way and the store now features a full fresh produce and vegetable section.

* ...DANCE HALL: James Irwin shared a memory of another dance hall that existed actoss Chester Avenue from the Blackboard back in 1947. "It was called The Tank. It really was an old ground built water tank that had a door and three or four coolers in the sides with a hole in the roof for exhaust," he said. "It was 40 or 50 feet across with a steel center beam and four, eight-foot tables around the dance floor." A search on the internet revealed an old book of matches advertising "The Tank Club, 3800 Chester Avenue, Telephone 179." 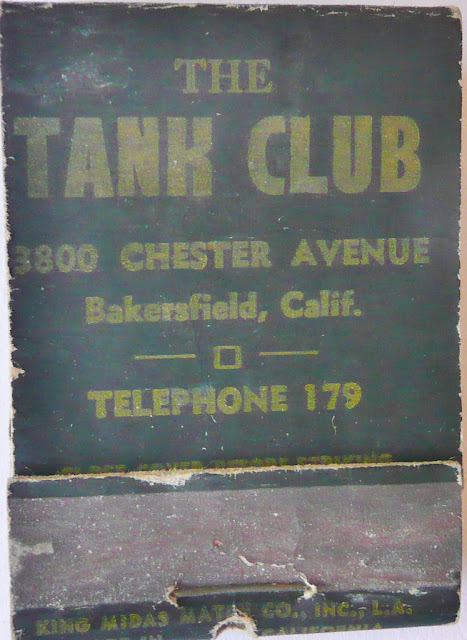 * ... BAKERSFIELDISM: This nugget comes compliments of reader Joe Stormont, who I had the pleasure of meeting at the Crystal Palace recently. Only in Bakersfield: "West Drive is in east Bakersfield, College Avenue is nowhere near a college, and Lake Street is nowhere near a lake (although it does have a canal running down it's center). When driving Nord Road between Stockdale and Rosedale, about half of the signs label it as 'Nord Road' and the other half say 'Nord Avenue' in no particular order. There is no Old Stine Road although most locals will say otherwise."
Posted by Richard Beene at 12:09 PM