Former state Senator Roy Ashburn leaves the Republican Party over differences on immigration and gay rights, talks candidly about his rise and fall in state politics

* ... ASHBURN: I had a long talk with former state Senator Roy Ashburn this week and it is good to see him rebounding from his personal and political setbacks. In an hour-long, no holds barred interview on First Look with Scott Cox, Ashburn spoke candidly about his DUI arrest in Sacramento

and his decision a week later to come out as being gay. He also revealed that he is no longer registered as a Republican because of the party's stand on immigration and gay rights. Was he hypocritical while in office? "I lied and disappointed people," he told me. "I was not honest." The hardest decision after his DUI arrest: calling his mother and telling her he was gay. In another surprise Ashburn told me his younger brother died of AIDS 20 years ago, making the telephone call even harder. With the emotional weight of a secret life behind him, Ashburn is now refocused and happy. Are politics behind him? "I don't have a need to be in public office," he said. "But I wouldn't rule anything out." 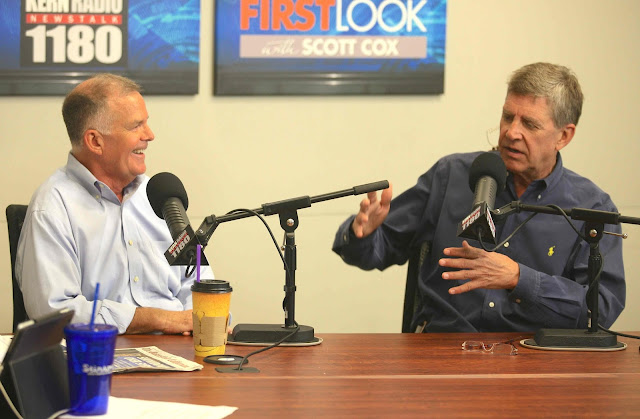 * ... SPOTTED: The rash of pedestrian deaths on our roadways is not surprising when you view something like this: An elderly Hispanic woman with five young children in tow, including one in a stroller, is seen jaywalking across a busy Ming Avenue near the Bank of America office at midday.

* ... ACHIEVER: Kudos to Dr. Lauren Rodriguez, a local girl who has started her medical career at the Henry Ford Hospital in Detroit. Lauren is a product of Bakersfield High School, Stanford University and the University of Michigan Medical School. She also has done research in Bolivia, Brazil, Mexico and Macedonia. She is the daughter  Richard Rodriguez, a music teacher at Curran Jr. High, and Cheryl, a math teacher at Warren Jr. High.

* ... EAST HIGH: East Bakersfield High School is looking for former cheerleaders to help the school celebrate its 75th anniversary. Angie Wise says the reunion is set for October 12. If you cheered for the school, contact her at (661) 871-7221, extension 72265. 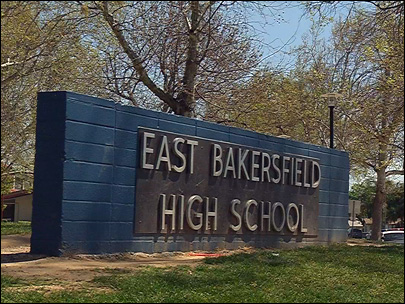 * ... MEMORIES: One last memory of Gus Ergo's Beale Park grocery store from Stan Scrivner, who grew up in a house next to the store. "Gus Ergo opened his store at 303 E Street in 1928... I remember the old gas pump out front with the glass top that we could watch the gas move around in. And there
was the canvas awning across the front of the store that Mr. Ergo would unroll every morning and roll back up every evening. Gus Ergo died December 16, 1967, and Sally, his wife, ran the store until
1974. She sold it to a couple who tried to make a go of it but, they couldn't so she took it back. Later she sold it to Joe and Josie Mendoza. They converted it into an apartment and it burned down. I loved living next door to Mr. Ergo's store, as well as across from the Ergo family, and I hated it when my dad called to say it had burned down. So many memories up in flames."

Yes, Lauren Rodriguez is a doctor, worthy of the title. But in the words of the Bakersfield Californian CEO, she is still a "girl." Like the weather girl and countless other girls this old, old boy has written about.