* … EATERY: The same couple that owns the popular Japanese restaurants Toro at the Marketplace

and Enso downtown are at it again, opening a swanky new eatery on L street between 18th and 19th streets. It's call the Wall Street Cafe, occupies a spot that used to specialize in macaroni and cheese, and should be open in a week or so. 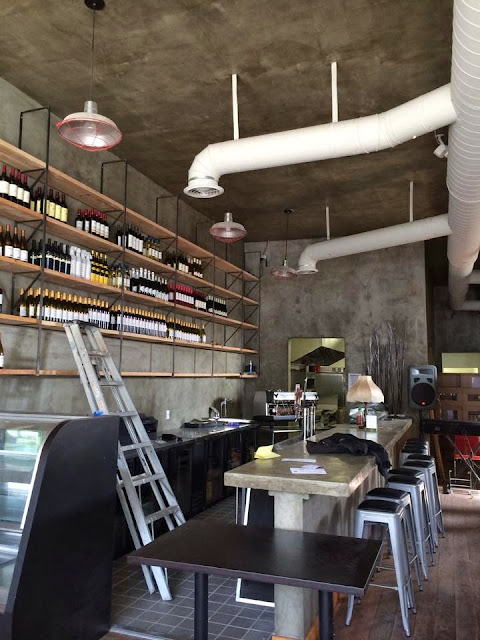 * … COSTCO: Reader Susan Peninger wrote that the friendly man who checks receipts at Costco is named Alan Acres. "He its a true gem," she wrote, "gifted with the ability to engage people with words or song and like so many others, I walk away uplifted by his genial spirit." Peninger also mentioned that our own Woolgrowers restaurant was featured in her latest Saveur magazine.

* … FRITOS PIE: Given our appetite for high calorie fast food, this shouldn't surprise me. But Wienerschnitzel is testing a new menu item here at its seven Bakersfield locations. It's the new Chili Cheese Fritos Dog and Chili Cheese Fritos Pie until January 27. Pass the antacid, please.

* … BAD FORM: Check out this bit of bad form submitted by reader Andy Wonderly. "Earlier today, a man in scrubs posing as a dental assistant trespassed into my job's passcard-protected office building near Truxtun and Mohawk and began going from office to office attempting to sell a discounted teeth-whitening service. He apparently held the side entrance security door open after my coworker and I went in as to be undetected by reception. He walked in my office and targeted me first.  He had a very official-looking ledger card complete with a space to write down my credit card information (and likely any other personal information he could elicit). I declined his services and immediately notified our office manager, who promptly found him and escorted him out of the building.  He was friendly and not menacing, so my initial reaction was not shock or anger, but I knew he wasn't supposed to be there  The audacity of the human spirit never ceases to amaze.  Hopefully he can find a legitimate way to pay for his Christmas shopping."

* … GOOD DEEDS: More good deeds from the Rotary West club. Said Vija Turjanis of the county Mental Health-Children's Services: "(The club) brought the joy and wonder of Christmas to 20 very needy youth for this holiday.  About two months ago, the children wrote Dear Santa letters,  which were delivered to Rotary West, and the awesome Rotarians made sure all the children's  Christmas wishes were going to come true. Many of these children would not have had much of Christmas if it were not for Rotary West. The Rotarians did the shopping and Bakersfield West High School Interact Club wrapped all the gifts. There were piles of gifts from bicycles, skate boards, doll houses, to electronic devises and gift cards just to name a few. A very special thanks to Rotary West for making the magic a reality for these children."