Readers take a walk down memory lane when Bakersfield was a "wide open" town with charm, grace and (a little) bawdiness

* … HISTORY: If you are not into Bakersfield history, this column may not be for you. I am devoting today's blog to reader memories of our city's rich and storied history. I hope you enjoy.

* … MURRAY: I had the chance to spend an hour with Jim Murray, who at 92 has total recall about growing up in old Bakersfield. Murray shared his stories Tuesday on First Look with Scott Cox, and he left his audience in awe of the breath and depth of his memories. Murray was a tail gunner on a B-24 Liberator during World War II and later spent years working for S.A. Camp Co. He remains active in real estate and noted that "I am working on two deals now." He remembers the excellent food in the old Southern Hotel, a bar called the Drink-a-Link that featured a restaurant and putting green where downtown Mexicali is today, and a bar called the Oil Zone in the old El Tejon Hotel where oil executives and businessmen would make deals. "Bawdy houses," or houses of prostitution, were common back in the day when Chinatown flourished in the "tenderloin" district a few blocks behind Brock's on Chester Avenue. And of course, as a young boy, he and friends would sneak into the Fox Theater and pick up ticket stubs to "prove" they had paid to enter. 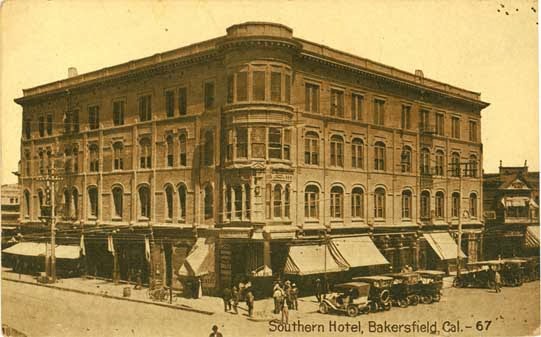 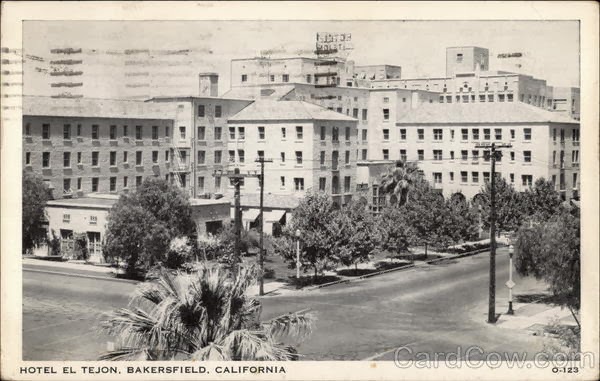 * … TUNNELS: It's well documented that the tunnels that run beneath our downtown streets were centered around where Mexicali is today, but Janeen Smith says there are more near the Nile Theater. "My friend, John Nelson, had opened (a plant) shop when hanging ferns and philodendrens were all the rage.  In the back of the shop was a narrow stairway (probably still there boarded up I suspect) that led to the tunnels with many small rooms off the pathways. I know for sure they extended west to G Street and I'll bet they are connected east to the larger complex of tunnels to the east. By my reckoning, that's a huge complex."

* … HISTORY: How many of you know about a small basement theater across the street from the downtown Mexicali? Bryan Kelly told me it seats 30 to 40 people and includes a small stage. "The stage is about a foot high and three feet deep, located under an arch. The owner (at the time) told us that men would gather there in the 1920s and 1930s to watch 'blue movies.' Very exclusive, only men who had money and power in the city/county were invited. Sometimes there was live entertainment. The owner also said there was an entrance to the tunnels on the corner shop, but had been sealed."

* …MEMORIES: Vickie Sandoval Gilley shared some memories about working at Valley Plaza in the early years of its operation. She recalled that Payless Drugs had "the biggest and most delicious glazed donuts that they made fresh daily. I used to work at Brocks when they first opened in the mall… I also recall when Hodel's had another restaurant on a strip of property with other small businesses outside of the mall where part of the Target parking lot is now. They later moved inside the mall. I also worked with Hodel's when I was 18. I got the pleasure of working along side Lydia Hodel. She and her husband were wonderful caring people. My mom used to scratch her head wondering why they were going to build an indoor shopping center around cotton fields!"
Posted by Richard Beene at 2:03 PM