Will NBC anchor Brian Williams survive the firestorm over his inflated memory about what happened a decade ago? And some more walks down memory lane about old Bakersfield

* … ANCHOR: NBC Nightly News anchor Brian Williams, caught in a lie about being on a

helicopter that came under fire in Iraq a decade ago, is off the air for now as the network conducts an internal investigation. And now comes word that Williams may have exaggerated his reporting from Hurricane Katrina, where he recounted seeing bodies floating down the street outside his French Quarter hotel. The problem: the French Quarter was never flooded during Katrina. Williams has been pilliored on social media, prompting this thought from the New York Times' Maureen Dowd: "Social media — the genre that helped make the TV evening news irrelevant by showing us that we don’t need someone to tell us every night what happened that day — was gutting the institution further. Although Williams’s determination to wrap himself in others’ valor is indefensible, it seems almost redundant to gnaw on his bones, given the fact that the Internet has already taken down a much larger target: the long-ingrained automatic impulse to turn on the TV when news happens." 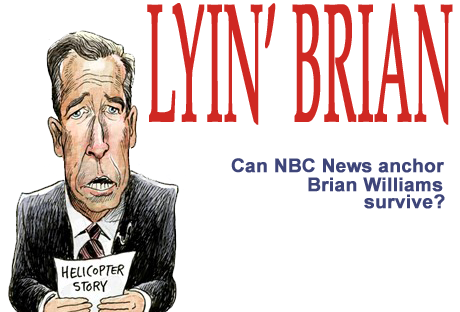 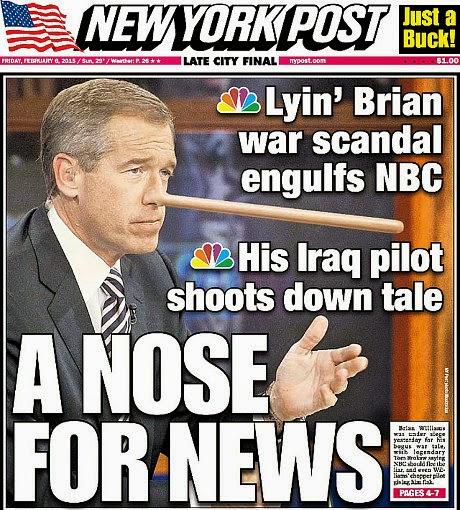 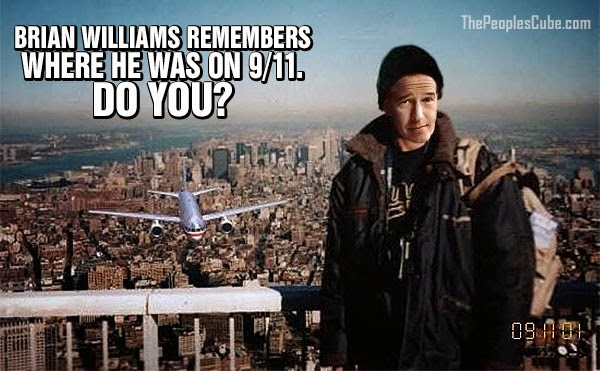 * … ACHIEVER: Kudos to Victoria Cody, a 2009 graduate of Garces Memorial High School and a recent graduate from the University of Southern California. The English major was appointed young alumni counsel at USC and she also serves as the vice president of the local alumni chapter.

* … HONOR FLIGHT: The folks who run the Kern County Honor Flights are looking for World War II veterans for a spring trip to Washington, D.C. If you know a deserving veteran, call (661) 204-9680.

* … SERVICE: Helen Venosdel wrote to give a big shout out to some great customer service over at Rosedale Automotive. "We have dealt with Julie and Bruce at Rosedale Automotive for years, and they are not only professionals, but very compassionate people," she wrote. "We brought my sister's car up from LA because we wanted to help her with smog compliance. They spent two days on phone calls and then yesterday morning examining the vehicle. When we determined the extensive repairs needed to smog it were not worth it, Bruce and Julie did not charge us for all their time and effort. I am grateful to deal with such amazing people at a superior business!"

* … MEMORIES: Today's walk down memory lane comes from reader David Clark. "I love your blog about memory lane and wanted to add one more. When I was in elementary school in the 1960s there was a county dump at the southeast corner of Highway 65 and James Road. I lived in Oildale and a boy down the street from me had some pet pigeons. One day his mother decided the pigeons were too messy and told us to put them in a box and she drove us out to the dump to let them go. There was a large flock of pigeons that lived at the dump so we thought they would like it there. We let them go at the dump and drove directly home; we lived on DeVore Street so it didn’t take very long to get home.  By the time we got back the pigeons were already back at his house. I guess that is why they are called homing pigeons."

* … MORE MEMORIES: And finally, Rebecca Wyatt submitted this thought from her father, Rudy C. Wyatt. "My dad was a student at Bakersfield High School when his art teacher, Mrs. Emerson, commissioned him to prepare identification signs for the holes on this miniature golf course (on Brundage and Oak streest). Mr. Battastoni, the owner of the golf course, had a contest to name the holes. My Dad entered the name, 'Triple Whammy' the tri-level hole, the most difficult hole in the course; he won a season pass and had many pleasant memories on summer nights at the golf course. My dad recalled another hole that looked like a volcano named 'The Stromboli.'"