Celebrating all our young adults who come home during the Thanksgiving holidays, Kiyoshi Tomono is leaving KGET TV for a career in health care, and remembering the giant personality of Norm Hoffman

* ... THANKSGIVING: One of the great joys of the holidays is reconnecting with some of the young men and women who moved away after college but always return home for the holidays. You will see them this weekend at Luigi's, Woolgrowers, Pyrenees and all the haunts that beckon the

young home. I had a chance to catch up with four of them at The Padre the other day and left thinking: a few years ago these knuckleheads were driving their parents nuts in high school, and yet today they are holding down great jobs, buying homes and seemingly on top of the world. 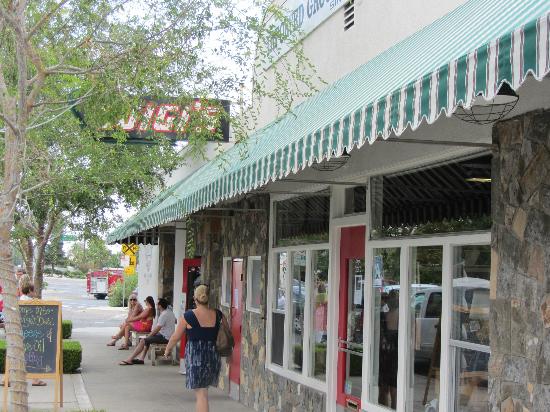 * ... KIYOSHI: KGET TV is losing one of its most popular anchors with the announcement by Kiyoshi Tomono that he is leaving to pursue other interests. The long-time morning co-anchor said only he was leaving the station to go into the health care field, but he did say he was staying in town. Tomono is widely recognized as one of the smartest of the local TV anchors and has worked at the station since March 2004. With two young children, he no doubt will enjoy a new career that doesn't entail a 2 a.m. wakeup call. 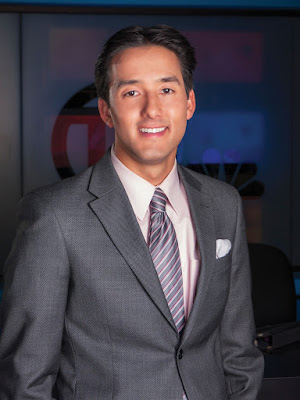 * ... SPOTTED ON TWITTER: "People who say, 'I’ve got your back' are usually looking for the best place to stick the knife."

* ... GOOD FORM: Here is a note from Wofford Heights residents Dave and Helen Escobedo that is worth sharing in this holiday season. "My wife and I had eye doctor appointments in Bakersfield yesterday morning. After our visit to the doctor we stopped at the Panda restaurant on Rosedale for lunch before our drive back up the canyon for home. As we stood in line a young man behind me asked if I had served in the Navy (he saw my Navy hat( and I said yes I had been in the Navy a long time ago. (I am 78 yrs old, my wife is 74). When it came time to pay for our food this young man stepped forward and paid our bill for us. He would not take no when I said he didn't have to do that. He said that he wanted to. What a wonderful surprise and a beautiful thing for him to do. He brought tears to my eyes and a lump in my throat. His name is Steven. Thank you Steven, whatever discomfort I may have from my service to my country, you and other young people like you makes it all worthwhile. God Bless you and thank you again."

* ... CALM: I took a bike ride out to Lake Ming this weekend and noticed that the annual Holiday Lights event at CALM is about to open. This Bakersfield family tradition features over three million lights designed by Josh Barnett, and all proceeds benefit CALM. The show opens Nov. 27 and runs through Jan. 2, 2016. IT will be open every day except Christmas from 5:30 p.m. to 9 p.m.

* ... NORM HOFFMAN: And speaking of cycling, I was headed up Fairfax Drive with my friend Scott Rosenlieb the other day when we passed the spot where former Bakersfield College health professor Norm Hoffman was struck and killed by a car on March 1, 2001. Scott and I shared a few laughs recalling Norm, a physical specimen with a huge personality and over-the-top charm. When he was hit by an inattentive driver, Norm was 59 years old and training for the U.S. Masters National Cycling Championship. At the exact spot where he was hit, someone painted the ancient Chinese symbol for yin and yang, a fitting tribute. The paint is faded, but not the memory of Norm Hoffman. 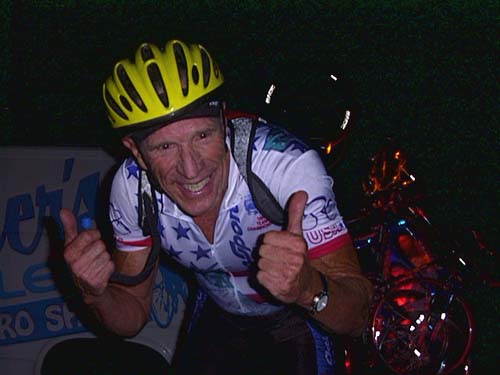 * ... CHEZ NOEL: Another seasonal event of a different slant is the 28th Annual Chez Noel holiday home tour set fro Dec. 4-5 from 10 a.m. to 4 p.m. Ticket prices are $40 and all the proceeds go to benefit the good folks over at the Assistance League of Bakersfield. Pick up tickets at the Bargain Box Thrift Store on Q Street, Kern Travel, Christine's, Inspire Salon and Span, SugarDaddy's or Victoria's at the Marketplace.

Posted by Richard Beene at 1:25 PM