Bakersfield mayoral candidates take to social media to spread their message, we are entering Valley Fever season and more good and bad form about town

* ... POLITICS: How do you call attention to yourself when you are among two dozen people running for mayor? Beyond the yard signs and direct mail campaigns, the smartest candidates are embracing Facebook, Twitter, Instagram and other forms of social media to spread their messages. Bypassing local television is not only cost efficient, but also more effective in targeting likely voters in specific demographics and behavioral communities. Former home builder Kyle Carter is making good use of video testimonials that are making the rounds on social media, while his opponent Karen Goh is showing signs that she too will use the medium to spread her message. (A smartly produced pro Goh video just popped up on Facebook thanks to Metro Galleries owner Don Martin, a Goh supporter). Vince Fong is also active on Facebook, posting videos promoting his quest to replace Assemblywoman Shannon Grove in the Assembly. 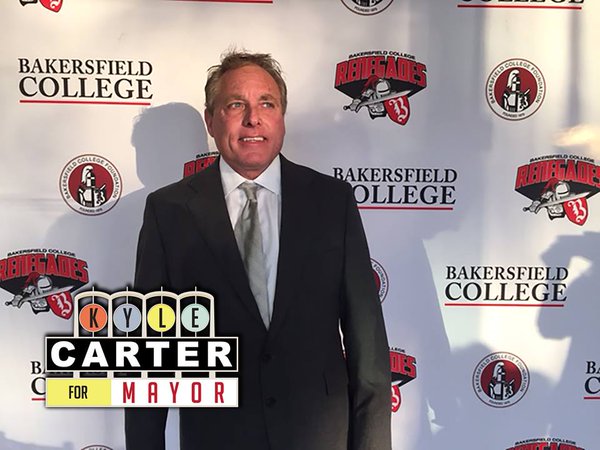 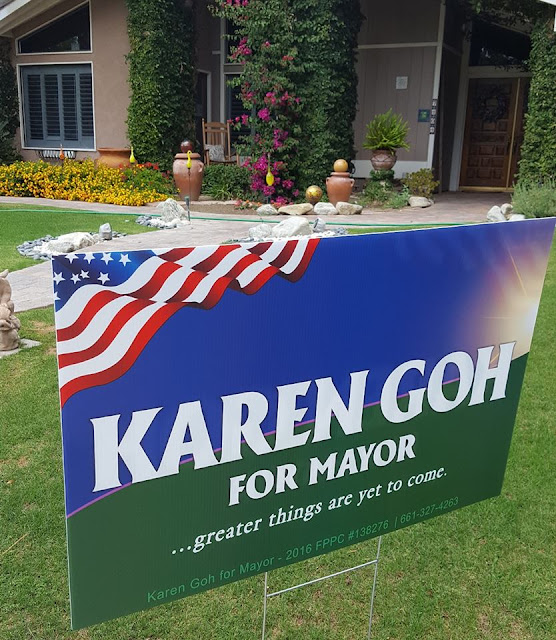 * ... VALLEY FEVER: If you are new to town and are not aware of Valley Fever, you need to school yourself on this potentially deadly disease. One way to do that: attend the Valley Fever Awareness Walk set for Saturday, August 13, at Pioneer Village. And humans aren't the only one susceptible to this disease. Consider this from Sandra Larson: "I just learned about a parrot in Taft some years ago that sickened and died; tests revealed VF was the culprit. Gorillas and other primates in zoos have died. Every breathing animal from aardvark to zebra can get it, including snakes!" Larson added that one of her friends suspected her dog had valley fever because of a lack of appetite, persistent cough and general lethargy. "She convinced a doubting veterinarian to do a VF test. The test came back positive, the dog was treated and recovered." If you have questions about this year's walk, contact Larson at SLarson@valleyfever.com.

* ... SPOTTED ON TWITTER: "Dating: the process of hiding your crazy just long enough to get the other person to commit."

* ... SPOTTED ON FACEBOOK: "I just plugged the food I ate today into my new smart phone fitness app and they immediately sent an ambulance to my house.

* ... BAD FORM: I am never sure what to think about the gaggle of nurses who take their lunch time smoke breaks on the sidewalk in front of Bakersfield Memorial Hospital.

* ... GOOD FORM: Janet Hopkins passed along this example of some truly food form: "I observed some good neighbor behavior on Monday morning on the way to my office as I waited for the light to change at the intersection of Truxtun and Oak streets. Several large plastic paint buckets had rolled off a truck and into the street where they were waiting to cause an accident. An employee of Conroy’s Flowers saw the buckets and watched the traffic for an opportunity to retrieve them.  He entered the intersection and as he was picking them up, a vehicle who had the green light pulled up carefully and put on their emergency blinkers to protect the Conroy’s employee until he was safely back on the sidewalk. Two strangers working together prevented what could have resulted in a major problem at a busy intersection. Good work!"