* ... LATINATION: It wasn't that long ago when the biggest thing going downtown was the occasional street fair featuring kettle corn and classic cars. But thanks to the vision of a handful of creative people who live and work downtown, Bakersfield now has a wildly popular First Friday that is at the same time whimsical, intelligent and fun. This Friday is perhaps the biggest of the year because it features Latination, an annual art show celebrating our west coast culture in oil, canvas and sculpture. This is the eighth year of Latination, the brain child of Don Martin, owner of Metro Galleries on 19th Street. Martin had some 150 entries and the winner will be announced at Metro Friday evening. Things will get under way around 5 p.m. Friday and won't end until the crowds disperse.

* ... YETI COOLERS: Can you guess what is one of the hottest items for thieves today? According to The Wall Street Journal, it is the Yeti cooler, an expensive, bear resistant cooler that has been targeted by thieves across the country. A standard sized Yeti goes for around $400 and some models top $1,200. They are so prized that some folks are referring to the Yeti as the "Redneck Rolex." 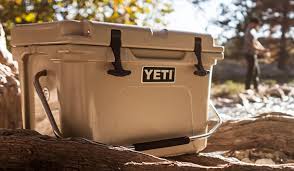 * ... KAEPERNICK: Colin Kaepernick has upped the ante in his very public protest against what he calls institutional racism among police. First he refused to stand for the national anthem (that prompted fans across the country to burn his jersey) and now he was spotted wearing socks depicting a pig wearing a patrolman's hat. What is it they say about karma? 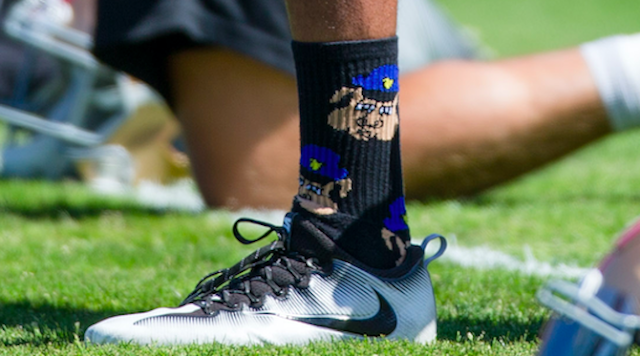 * ... JOHN BROCK: Congratulations to Joe MacIlvaine, the retiring president of Paramount Farming who will be the recipient of the John Brock award this year. The award goes to prominent local business people who have displayed leadership and support of the business school out at Cal State Bakersfield. He will receive the award next Thursday during a dinner at Seven Oaks Country Club.


* ... SPOTTED ON TWITTER: "Letting someone in your life is like turning off the antivirus, downloading a file from the internet, installing it and hoping it is not a virus."

* ... SPOTTED ON FACEBOOK: "Dating in middle age is a bit like Terminal 5 at Heathrow. Too much baggage to handle."

* ... PETROLEUM WIVES: The Association of Petroleum Wives (AP W) is having a reception Friday,  September 9, for new and past members who want to be involved with this philanthropic group. The organization is open to spouses of folks who work in the oil and gas industry. The reception starts at 6 p.m. at The Petroleum Club. Call (661) 301-0907 or (661) 241-3507 for tickets and reservations.

* ... BAD FORM: When I lamented spotting a profane bumper sticker the other day, Ken Schmitz joined in my lament about the state of civil discourse.  "I read your item in Bakersfield Observe" about the *UCK TRUMP" bumper sticker. I spotted the same sentiment, this time on a gray pickup with four inch letters in the rear window. Welcome to the intolerant and low class world of progressive politics in America."
Posted by Richard Beene at 12:51 PM