A huge "hydro event" of storms and rainfall are coming to California over the next week, new gun laws restricting ammo sales are on the books and a final goodbye from Mayor Harvey Hall

* ... STORMS ARE COMING: If you thought the rains last week were something, get ready for a huge "hydro event" over the next week. Meteorologists are warning that California will experience "jaw

dropping" amounts of rain, including up to 42 inches of precipitation for the Merced and San Joaquin River basins and up to 300 inches (or 25 feet) of snowfall into the Southern Sierra Crest, including the Lake Tahoe and Mammoth Mountain areas. This hydro event has already started in the Sierras and will include heavy rains in Central California through the weekend. And speaking of storms, wasn't our New Year's Day spectacular? Bright, sunny skies with the snow capped mountains clearer than I have seen them for years. Keep your cameras ready because more is coming. 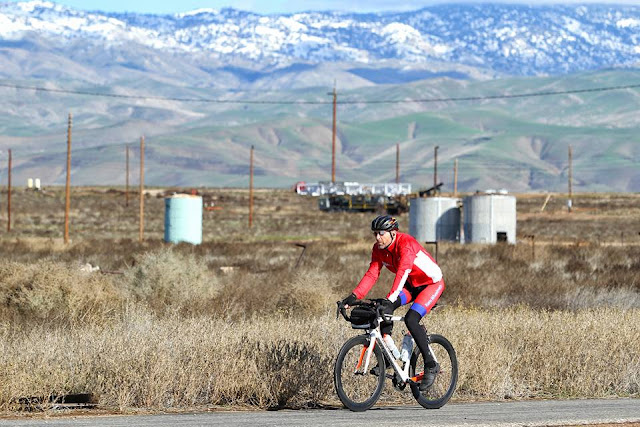 * ... GUN LAWS: You can thank the California Legislature for the surge in gun and ammunition sales at local firearms shops. The Legislature passed a slew of new laws - some won't take effect until next January - that will make it much harder for law abiding citizens to buy ammunition or even borrow someone's weapon. It's interesting that the lawmakers who pass these laws are the same ones who choose to ignore other laws that don't suit their tastes, including declaring "sanctuary cities" to avoid working with federal immigration authorities. Wouldn't it be nice to be able to pick and choose which laws to obey? 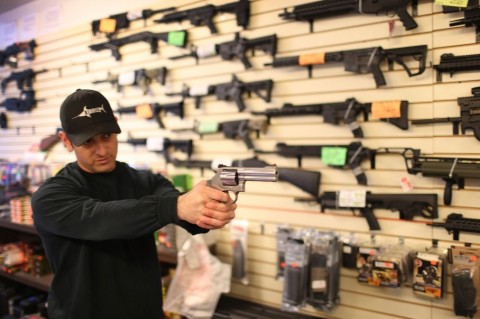 * ... END OF AN ERA: Did you catch Harvey Hall's open letter to the community in the Tuesday Californian? It was typical Mayor Hall, oozing with sincerity and all from the heart, honoring our community and the people who make this such a special place to live. Hall's legacy as mayor will be one of inclusion and unity. Let's hope his successor, Karen Goh, does the same. 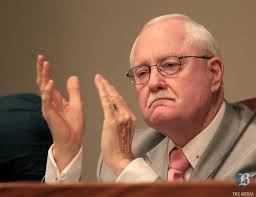 * ... GOOD FORM: Digging through old emails I found this note from Patricia Basset about her commute between Lake Isabella and Bakersfield. The message was from last year (sorry I missed it Patricia) but it is still relevant. Said Basset: "Quite often the canyon is closed due to an accident, someone over the cliff, rocks in the road, etc. (Recently) there was a large rock slide about half way up the canyon and the line of cars waiting to get through was massive. It was hot, hot, hot and we were told it could be up to 10 hours to get the road cleared. While I was driving up 178, I was behind a young man in a truck, pulling a backhoe. He was waiting along with all of us until a young woman walked back down the road, after going to the slide area. When that girl told the guy in front of me about the slide, he didn't even think twice. He pulled the chains off his backhoe, unloaded it (no simple task) and took off up the hill. Within minutes, he cleared one side of the road of several huge rocks which allowed the traffic to move slowly, but steadily along. I am pretty confident that nobody thanked him, but I want that man to know my husband and I, along with all those waiting, really appreciated his being willing to go out of his way to help us get through the canyon. We do have good people here in Bakersfield."

* ... MILESTONE: I reached a personal milestone the other day when I actually remembered to bring a reusable plastic bag into Trader Joe's.

* ... SPOTTED ON TWITTER: "How dare you call me mentally unstable on this, the day of my cat's quinceanera."

* ... TAFT COLLEGE: the annual Triple Play dinner and auction benefiting Taft College is set for Jan. 27 at the Historic Fort in Taft. Eric Byres, a former Oakland A's outfielder and now an ultra marathoner, will be the guest speaker. For tickets call (661) 763-7936.

* ... PUZZLER: Here is a head scratcher from Bonnie Farrer: "While visiting my daughter and family in Orlando for Christmas we were all pleasantly surprised to see that the large bag of mandarin oranges on her kitchen shelf were from Bakersfield! When I returned home yesterday, I bought  mandarine oranges here. They were  from Florida. This doesn't make sense. PS: the Bakersfield oranges were seedless and tastier!"
Posted by Richard Beene at 12:28 PM