California lawmakers plan to turn the state into a "laboratory of resistance" to a Trump administration, good news for local eaters like Uricchio's Trattoria and Sequoia Sandwich Co. and dealing with an upswing in downtown smash and grab car break ins ...


* ... ONLY IN CALIFORNIA: Well, you knew this was coming. Expect California to evolve into a "laboratory of resistance" (in the words of the New York Times) to resist the policies of a President

Donald Trump. The Times even went so far to refer to it as "Calexit," a clever take off on the Brexit vote when the United Kingdom voted to leave the European Union. But this is serious stuff and an all out war between a rebellious state and the federal government could quickly turn ugly and cost the state potentially billions of dollars in federal aide for programs like the infrastructure rebuilding that the Trump team is championing. Here is an example of what is not helpful: Sheila Kuehl, a member of the Los Angeles Board of Supervisors, is urging government workers to disrupt Trump programs that don't suit California's needs in what she calls Operation Monkey Wrench.

* ... SEQUOIA: The 18th Street branch of Sequoia Sandwich Co. is within weeks of opening its new kitchen and catering site next to the popular downtown eatery. The expanded kitchen will allow greater capacity but it will also feature "to go" salads and sandwiches so folks don't have to wait in line during those noon crunch times. 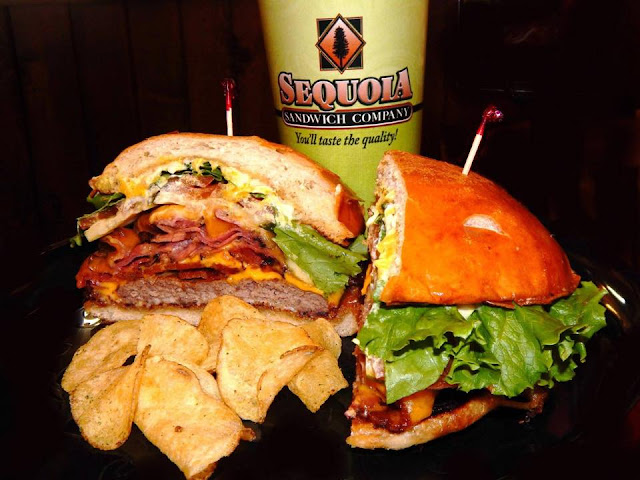 * ... APARTMENTS: The upscale new apartment downtown, called 17th Place Townhouse, has set its ribbon cutting for Friday, January 27. The 44-unit complex features apartments in the 1,200 square foot range and will put to the test the idea that people will start viewing the area east of Chester Avenue as suitable for downtown living. I think it's a good bet that this project will be wildly successful. The developers are Ward 4 City Councilman Bob Smith (a big advocate of urban infill) and his son Austin Smith.

* ... SPOTTED ON TWITTER: "Just realized my cat could be covered in tattoos and I wouldn't even know."

* ... HAPPY EMPLOYEES: When was the last time you dined in a restaurant and your server gushed about the quality of the food and how each dish is made individually with fresh ingredients? Not to mention how nice and caring the owners are and how they treat their employees like family. It happened to me the other day while dining at Uricchio's Trattoria, and server Ashley Bledsoe shared her pride at working at the family owned eatery. (Bledsoe has worked at chain restaurants where meals come frozen and prepackaged and was amazed at the attention to detail at Uricchio's). All this just further buttresses my belief that the best food in town comes from locally owned kitchens. So hats off to owner Claire Porter and her late father, Nick Uricchio, who had the vision to bring quality food and white glove service to downtown Bakersfield. 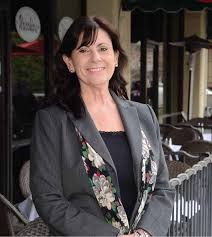 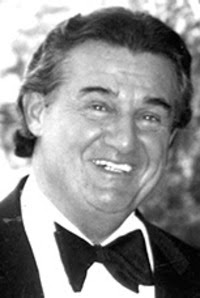 * ... CRIME: Something has to be done about the recent rash of smash and grab robberies involving cars and trucks in the downtown area. In the past month, I have heard of no fewer than six people who have had their car windows smashed while parked downtown in the early evening. These are not late night crimes but rather all this is happening in the 6 p.m. and 7 p.m. hours on 18th, 19th and 20th streets as folks are dining at places like Jin Sushi, Muertos, The Mark, The Padre Hotel and other popular downtown venues. This is the kind of petty crime that will drive people away from our emerging arts district. 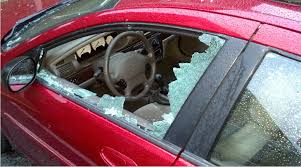 * ... MEMORIES: Lamar Kerley shared some memories about growing up and visiting the old Thompson's Pet Land, located on the northwest corner of 19th and O streets in the 1960s and 1970s.
"I think there is still a mural of a Toucan above the corner door.  Every weekend day that I could convince my mother to drive my brothers and I downtown, we would spend hours gazing lovingly at the tropical fish, the reptiles, the puppies and kittens. This store was nirvana for us, and many other Bakersfield children. We could pet the puppies and gaze at the large parrots, knowing that they might snap off our fingers if we put them too close. Looking at this store, I am flooded with the fondest of memories. I bet that I am not alone."

Posted by Richard Beene at 7:14 AM