Remembering the remarkable life of thespian Bryan Kelly, Julie Moss gives some love to our bike path and looking for the owner of a classic 1962 Cadillac

* ... BRYAN KELLY: Do you ever wonder about what impact your life will leave on others? Will

your legacy be one of love and laughter and kindness, or one of achievement, drive and aloofness? I thought about those things the other day when I attended a "gathering" of sorts recognizing the life of the late Bryan Kelly, a longtime thespian who brought his wit and charm to his day job at Trader Joe's for so many years. His longtime partner and fellow theater co-conspirator, Michael Izquierdo, hosted the "celebration" at Little Italy where a group of 60-odd folks gathered to share stories and a few tears about the life of this remarkable man, who died of cancer at the age of 63. We were treated to a showing of Greater Tuna, the hit local play that featured Kelly and Izquierdo that was as fresh today as it was in the md 1980s when we were all younger. God's speed, my friend. 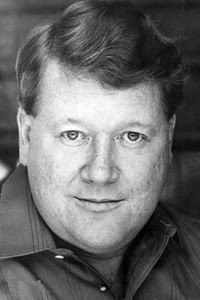 * ... JULIE MOSS: I was out for a long hike along the Kern River this past weekend when I ran into Julie Moss, the marathon runner whose dramatic finish in the 1982 Hawaii Ironman marathon made headlines around the world. (She was leading in the race when her body gave out and she was forced to crawl to the finish, only to be passed with just 15 yards to go by Kathleen McCartney). Moss lives in Cardiff but was in town often to visit her college friend, Lisette Whitaker. She was doing a brisk run along the river when she stopped to share this: "You should write about how great his bike path is. How many cities have something like this so accessible?" She is right, of course, and we all should appreciate this slice of nature that runs through our community. 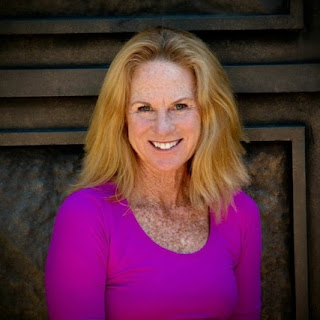 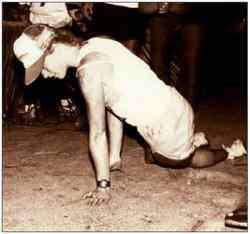 * ... CADILLAC: Nashville area Realtor Joe Rice reached out to me to help him find the original owner of a beautiful 1962 Cadillac he recently purchased in Florida. Rice bought the car, popped open the glove compartment and found the original bill of sale. It turns out the car was purchased in 1961 from Gene Winer Cadillac on H Street, purchased by a person named C.R. Smith who once lived on Trinity Lane. Said Rice: "I have also attached the original check used to purchase the car as well as the receipt from the dealership. This car has only 21,000 original miles. It also has original paint and interior with the exception of the headliner which I just had replaced. I purchased it about six months ago from a museum in Florida and love it. I thought it would be great to share this information and pictures with the family." The price of this classic product of Detroit: $6,999. 32. The check was drawn on an account from the East Bakersfield branch of Crocker Anglo National Bank. Folks: this car is a beauty and if you can help Joe Rice find the original owner, privately email me at rsbeene@yahoo.com. 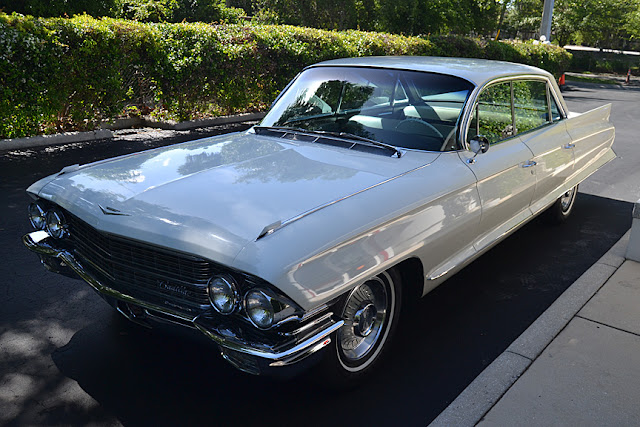 * ... WINTER FORMAL: Local high schools put on their winter formals last weekend and the restaurants were packed with young people spruced up in their formal dresses and tuxedos. I was dining out and found a piece of paper outlining the "Frontier High School Dance Policy," which laid out these guidelines: "No inappropriate or suggesting dancing will be allowed. No simulated sex acts, bending over or grinding. No dancing that threatens students safety." A sign of the times, I suppose.

* ... GRAFFITI: Vicki Coble speaks for a lot of us when sent me this missive: "I drive (Highway) 99 from Panama Lane to Airport Drive four days a week. The wall that is being built on the freeway is full of graffiti every morning. Do these people have nothing better to do than paint names and gang signs on the wall and over passes. I know I could find them something to paint if they are bored. "

* ... MEMORIES: Stephen A. Montgomery shared a special memory when he was in the military and used to take a bus between Bakersfield and Sand Diego.  "Members of the armed forces got all sorts of minor considerations and some not so minor. Management was proactive in making sure we made our connections and that sort of thing. One trip comes to mind. Around 1966 I was there in uniform along with many other sailors and Marines. We were waiting or had already boarded a local that was scheduled to stop at every fireplug between Bakersfield and San Diego when a manager came out and called to us to get off that bus and stand by as he was calling an extra express to take us nonstop to Camp Pendleton and US Naval Station San Diego. The bus they furnished was a very old art deco delight with a streamlined body. It featured thick and deeply padded seats next to highly detailed cast aluminum flourishes extending from the deck into the overhead with cast frosted glass side lights that followed the same line of detail as the aluminum elements. If I ever wanted to own a bus that gorgeous old lady of the highway would be it!?"
Posted by Richard Beene at 8:07 AM