* ... SOLAR ECLIPSE: Where will you be for the solar eclipse on Monday? This rare event will happen at 10:15 a.m. Pacific time and will end at 2:50 p.m. Easter time. We won't get a total blackout in this part of California, but it will be spectacular nonetheless. (If you want to get the full 100

percent blackout, fly to Salem, Oregon on the west coast or Charleston, S.C. on the east.) Folks are already stocking up on "eclipse glasses" or building their own pinhole projectors. Binoculars can be used but only if you have slide-on filters to protect your eyes. 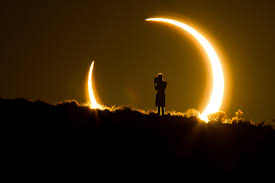 * ... SPOTTED ON FACEBOOK: "Amazing things will happen today if you choose not to be a miserable cow."

* ... STEAK: The most popular local image on Facebook last week was a 33-ounce tomahawk ribeye steak being served at Luigi's Delicatessen. Enough to feed four or more people, the tomahawk is a stunning  culinary masterpiece that that costs the princely sum of $75. When Luigi's served it Friday, Facebook exploded with posts showing folks consuming this meat lover's special. KC Steakhouse also serves the tomahawk and given its popularity, expect to see it served elsewhere. 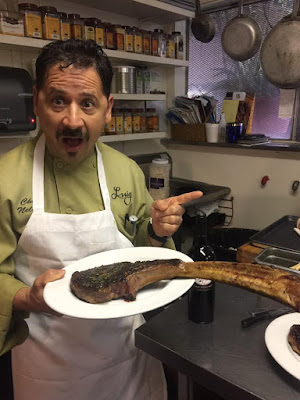 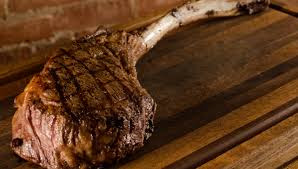 * ... GOOD EATS: And speaking of our iconic local eateries, I dropped into the 24th Street Cafe on Saturday for a post exercise caloric experience. There are few more entertaining places in town to eat than at the cafe's friendly counter enjoying a deep menu and crisp service while watching the world go by. 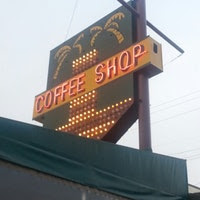 * ... MORE EATS: As long as I am talking about food, I would be remiss if I didn't mention  an impressive "superfood" salad available at BJ's Restaurant off Stockdale Highway in the Southwest. Perhaps one of the best and healthiest salads I have had in a long time, it features baby kale, Romaine lettuce, Peruvian quinoa, sliced apples, fresh blueberries, diced cucumbers and tomatoes, jicama, sweet corn and asparagus. 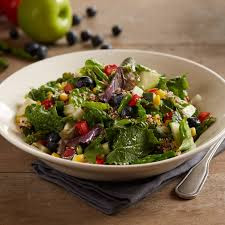 * ... GOOD FORM: Congratulations to Dr. Tom Gordon and Bakersfield West Rotary for sponsoring 30 needy children for a 'back to school' shopping spree. Vija Turjanis of Kern Behavioral Health and Recovery Services said Rotary West has been doing this since 2005. The kids were given $100 each to shop at Kohl's.

* ... GRAPEVINE: John Kelley added this note to my recent piece about how the Grapevine was named:  "Richard to add to your blog on the community of Grapevine, as you printed Grapevine Canyon was named by Don Pedro Fages, ( La Canada de Las Uvas ) which translates to 'The Canyon of the Grapes.' The grapes are Cimarron Grapes, they grew so profusely the soldiers under Fages had to hack their way through them. Don Pedro Fages was chasing army deserters. Also Don Pedro named Buena Lake, and the area he viewed was a labyrinth of lakes and tulares. Many people believe that Father Francisco Garces was the first white man to enter the San Joaquin Valley; not so Don Pedro Fages was there four years ahead of Garces."

Posted by Richard Beene at 9:33 AM