Big oil places a big bet on solar, CALM ushers in another year of holiday lights and yes, it's time for those seasonal telephone scams again

* ... CALM LIGHTS: The California Living Museum (CALM) is kicking off its annual holiday lights show this weekend, and it promises to be the biggest year yet for the popular light show. This

is the fifteenth year CALM has presented this dazzling show, which runs until January 6. Tickets are available at Valleytix and at the door. The show runs nightly from 5:30 p.m. to 9 p.m. 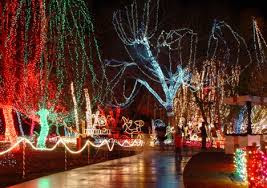 * ... OIL PATCH: In the battle for public opinion, the oil industry has done a poor job of telling its story. Instead, environmental organizations have enjoyed free reign to demonize fossil fuels, spread half truths about fracking and demand an end to the production of oil and natural gas. So it was good to see Aera Energy CEO Christina Sistrunk take a more proactive role in explaining the company's plans to build what will be California's largest solar farm to power its oil operations in the Belridge field. This is Aera's first foray into solar and it is a big bet that will provide jobs for more than 500 people. The solar farm is expected to be operational in 2020. 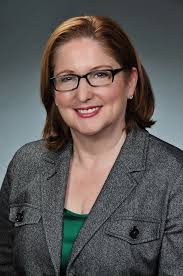 * ... SPOTTED ON TWITTER: "I wish I could enjoy the preppy style and comfortable torso warmth of a sweater vest without looking like the manager of an Office Depot."

* ... SEASONAL SCAMS: Karen King wrote to remind me this is the season for telephone scams. Said King: "I just had a reminder that the scammers are still at it. I just received a phone call and a man said 'Hi, Grandma... it's your favorite grandson.' I said 'What?' He repeated himself. Since my only grandson is seven years old, this was a no-brainer and I told him off. He quickly hung up and I'm sure he is going down the list of other seniors. Apparently, there are people who think gray hair equals dead brain cells. I just wanted to give a heads up to all seniors NOT to accept any such calls."

* ... DOG LOVERS: If you are a dog lover, take heart. According to a Swedish study, dog owners are less likely to develop cardiovascular disease and death than those who don't own dogs. Scientific Reports had this to say: "Owning a dog was associated with a 20 percent lower risk of all cause death and a 23 percent lower risk of death from cardiovascular disease." It went on to say that "the effect was stronger with certain breeds, particularly pointers and retrievers." The reason? Researchers speculated that owner of these breeds were more likely to get out and exercise more. 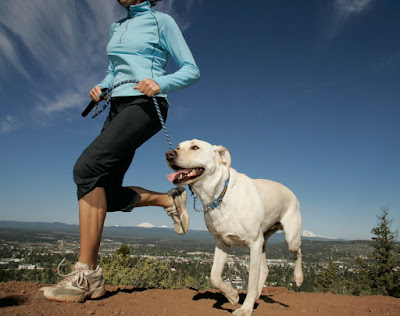 * ... BAD FORM: Joe Mitchell sent this reminder about traffic safety. "As I was driving up Wible Road this afternoon and listening to the radio news report the latest pedestrian casualty - 38 this year  a record -  a yellow school bus was stopped ahead with flashing lights and the 'STOP' sign extended.     I waited along with several other autos, traveling in both directions, as a line of students descended onto the sidewalk. These students were not children. They were what I call young adults. High school students... By high school age have they learned not to walk out into the street, and not all drivers are going to be alert and stop for them? I believe these students have been trained from their first day of school that autos are going to stop and wait for them, but unfortunately, not all will stop. That’s when we mark up another pedestrian death!"

* ... CHRISTMAS: If you are in to the Christmas spirit, you might consider attending a special event this Saturday at St. John's Lutheran Church. It is the annual Master Chorale Christmas featuring your favorite calls and the 80-voice Bakersfield Master Chorale and Brass a la Carte under the direction of Dr. Robert Provencio. Stop by California Keyboards on Brundage Lane for advance tickets ($15) or buy them at the door for $20. The fun starts at 7 p.m.