* ... SOUND WALLS: The sound walls along 24th Street are going up, and they stand out for their

design and beauty. The sound walls are 12-feet high (they appear much higher) and are made out of a composite made to resemble brick. They are coated with an anti-graffiti substance that will make it easier to clean once they are tagged, which they certainly will be. The wall will be staggered - not one continuous wall - between Elm and C streets.

* ... POLITICAL DEBATE: Mark your calendars for Friday, April 27, when a big town hall political debate will be held at the Bakersfield Music Hall of Fame. The debate is sponsored by KERN Radio and KERN CAST and will feature appearances by most of the local candidates for the top offices, including sheriff, District Attorney, Congress, state Assembly and Senate and judgeships. I will be moderating the debate along with Supervisor Leticia Perez. Questions are being prepared by both the Young Democrats and Young Republicans. This is a can't miss event to determine where the candidates stand on local issues. 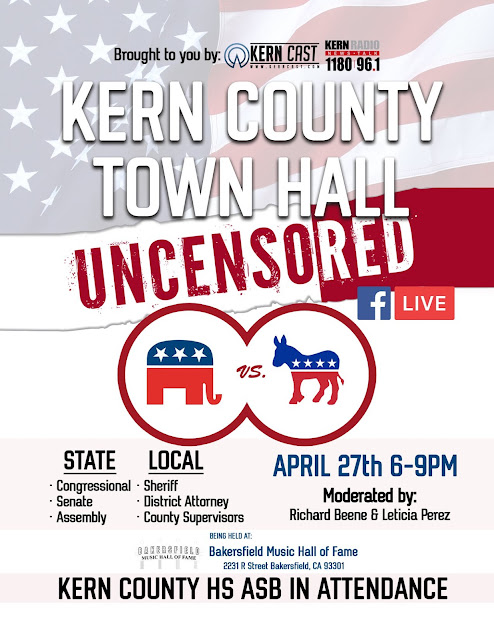 * ... CENTENNIAL CORRIDOR: And speaking of construction projects, City Manager Alan Tandy announced that the city will receive some $94 million from two separate grants to help fund the completion of the Centennial Corridor. The city has three more grant applications out and Tandy is hopeful the city will not have to borrow money to complete the project. Expect to see yet more construction on the interchange and eventual bridge over Truxtun at the Westside Parkway.

* ... SPOTTED ON TWITTER: "It's funny how we say 'a bug hit my windshield' when we are the ones going 70 mph. I'll bet the bug's family describes it differently."

* ... ZELEZNY: I interviewed the incoming president of CSU Bakersfield, Dr. Lynnette Zelezny, and found her engaging, passionate and eager to join our community after 30 years at Fresno State University. Her father was an aerospace engineer and as a youngster she lived in areas with NASA research centers. She starts her work at CSUB in late June after President Horace Mitchell retires.

* ... STUDIO MOVIE GRILL: Is Bakersfield ready for a movie theater that offers full in-theater dining? Well it is coming in just a few weeks when the Studio Movie Grill will open over off Rosedale Highway. The theater will offer a full and robust menu with "ninja" waiters who are trained to deliver food quietly and without obstructing the view of the screen. Studio Movie Grill opens April 12. 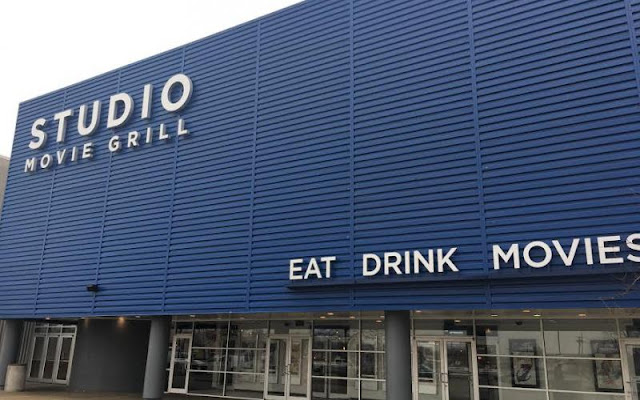 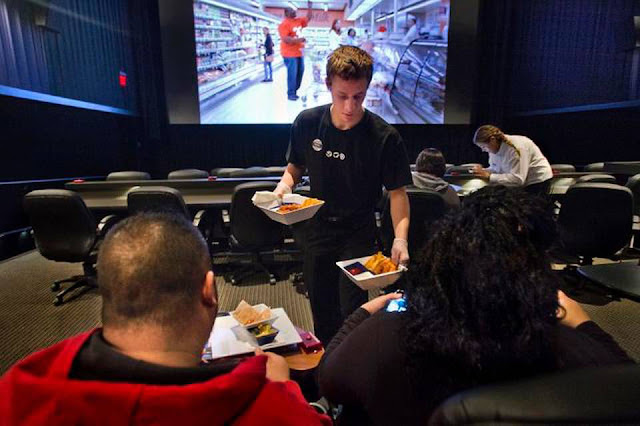 * ... BAKER'S OUTPOST: A young couple in town is getting ready to open a local bakery specializing in locally grown grains. Laura and Ian Journey are owners of Baker's Outpost and are already providing Luigi's with special breads for sandwiches. The retail location will be next to The Mint at 19th and M streets. In the meantime, if you want to try their bread, head over to the Haggin Oaks Farmer's Market on Sundays. Because of Easter Sunday this week, the farmer's market will be open on Friday.

* ... BAKERSFIELD INN: Who remembers the old Bakersfield Inn on Union Avenue? Check out these old photos, and the menu, complements of the Kern County of Old Facebook page. 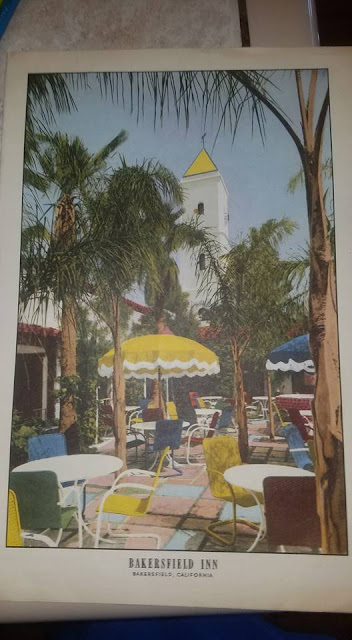 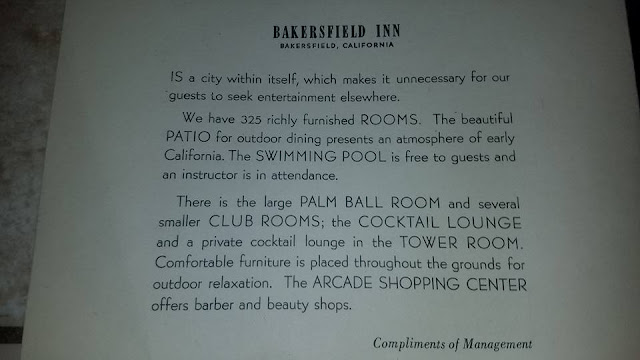 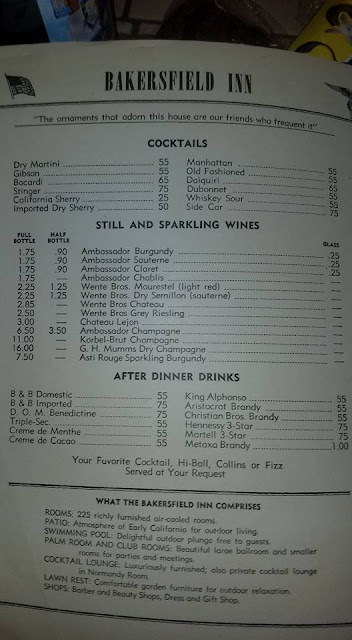 Posted by Richard Beene at 7:55 AM