The generosity of Alex Trebek to Taft College, the top 500 most polluted cities in the world exclude North America, and Dennis Quaid stops by for a cocktail at Uricchios

* ... ALEX TREBEK: The news from Jeopardy! host Alex Trebek that he is suffering from Stage 4

pancreatic cancer stunned America, but few know if his personal connection and his generosity to Taft College. It was five years ago that Sheri Horn-Bunk, head of the Taft College Foundation, read on the Huffington Post that Trebek joked he wanted to take a course in oil exploration at Taft College once he retired. Calls were made and Trebek ended up speaking at the West Kern Petroleum Summit in 2015, introducing Oklahoma oil baron T. Boone Pickens. In honor of his appearance the college started an oil engineer's scholarship in his name, and he promptly sent Horn-Bunk a check for $10,000 to endow it. 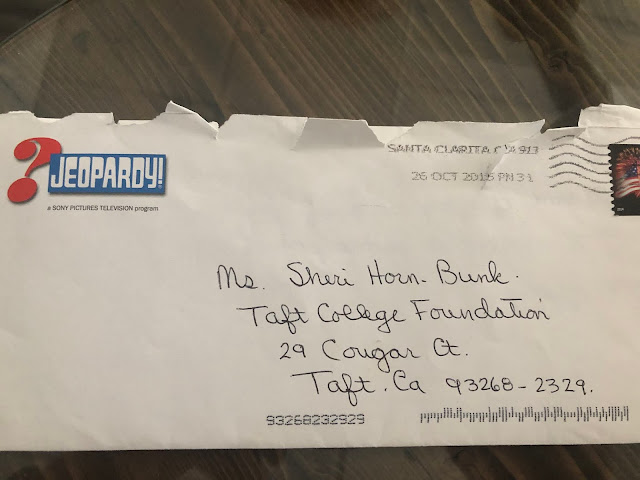 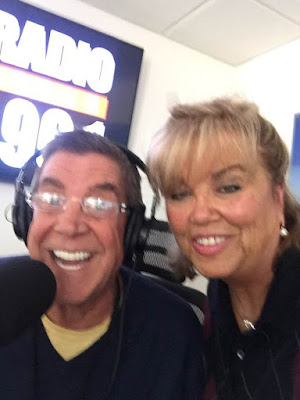 * ... POLLUTED CITIES: I ran across a list of the world's top 500 most polluted cities, and guess what? The United States, and in fact Canada, did not have a single city on the list. Does that mean we are free of pollution? Certainly not, but it does point to the lunacy of mounting a  all-out effort on climate change here while the rest of the world does nothing. Consider: of the top 10 most polluted cities, nine are in India. Of the top 100, fully 57 of them are in China. Mexico and several Central American counties - Guatemala, Colombia, Peru and Costa Rica - made the list far down but no U.S. or Canadian cities made the list.

* ... DID YOU KNOW? Did you know that upwards of 70 percent of the incoming freshmen at CSUB enter college deficient in both basic math and English.

* ... SPOTTED ON TWITTER: "If Morgan Freeman was narrating my life story, I bet he'd be tired of repeating 'He's still eating' all the time."

* ... SPOTTED AT URICCHIO'S: Well look who was spotted at Uricchios the other day, none other than actor Dennis Quaid. Word was that Quaid was here, along with country singer Tanya Tucker, to record music at a local recording studio. 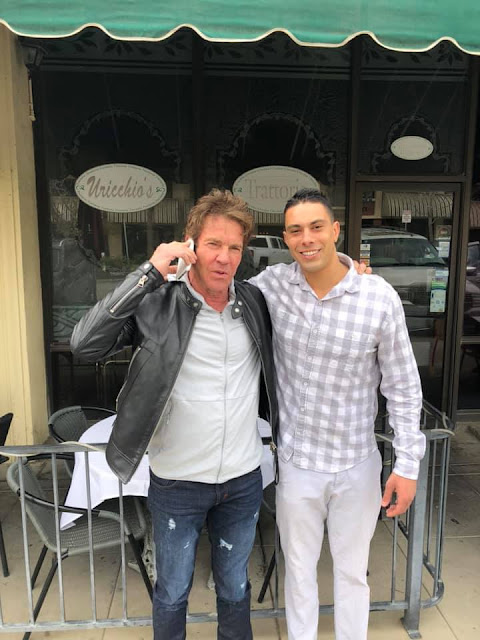 * ... MEMORIES: How about this old postcard featuring fishing on the Kern River? 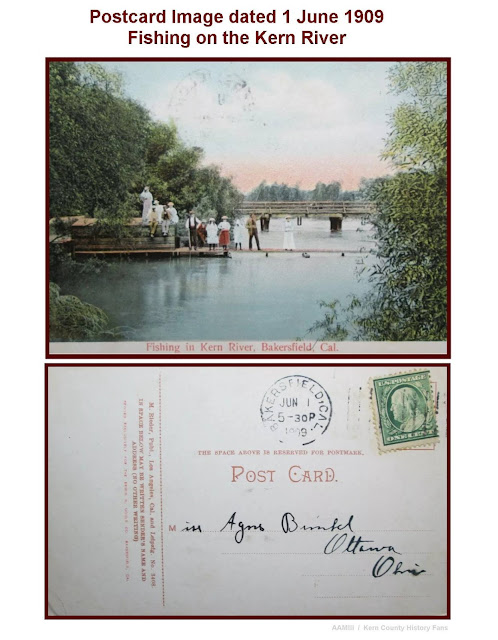 * ... MORE MEMORIES: And how about this advertisement for the Padre Hotel in 1962: 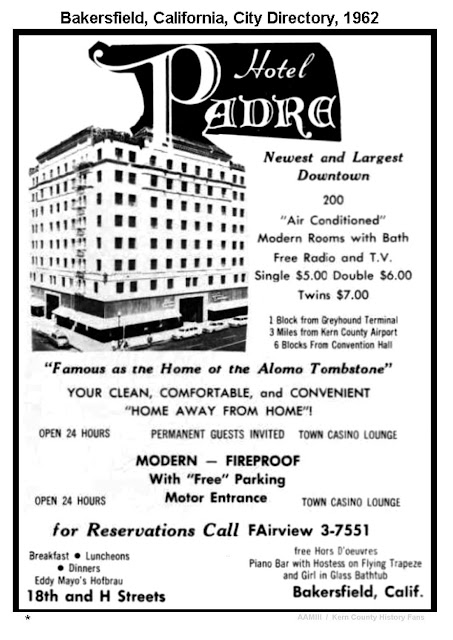 Posted by Richard Beene at 3:49 PM