A new non-profit devoted to downtown businesses and lifestyle fills an important void, the new 18Hundred restaurant does a brisk business and Cal Poly tries to kick Chick-fil-A off campus

* .. THE HUB: It is hard to overstate how important the creation of The Hub of Bakersfield is to our downtown business district. Created by an impressive group of 30-something professionals, The Hub

is a new non-profit devoted to growing downtown and providing resources to those people who may want to create a new business, hold an event or invest in the downtown area. The HUB fills an important void in the development of downtown, since no other organization is devoted to specifically to the downtown arts and business district. (The Downtown Business Association has proved inept at this type of thing). The HUB, by contrast, is motivated by an altruism borne of true love of where we live. Among those involved in The HUB are City Councilman Andres Gonzales, marketing company owner Shannon LaBare, Alex Balfour, Miranda Whitworth Munoz, Robert Austin Smith, Daniel Cater, Heather Laganelli and Rachel Magnus. (Photo of The Hub team and Shannon LaBare) 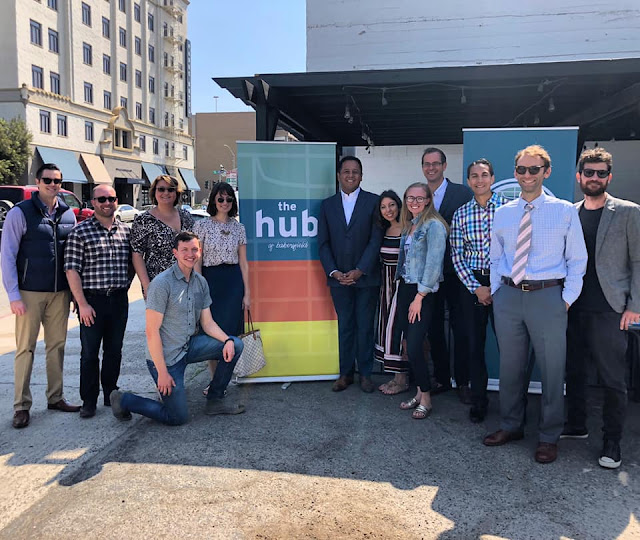 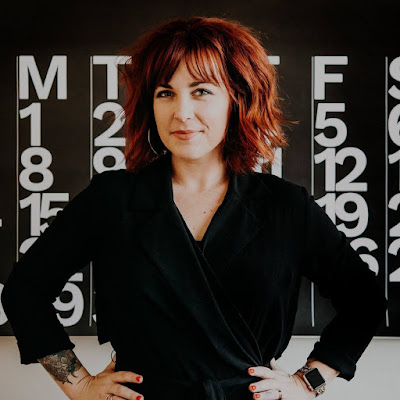 * ... SECOND SATURDAY: Did you drive through downtown Saturday and notice something different? As in the number of pianos that popped up outside local businesses to allow customer to sit down and tinkle the ivories? It was all part of the folks from The HUB working with organizers of Second Saturday to bring a little life and fun into the downtown area. I spotted pianos at Heather Laganelli's Locale Farm to Table across from the downtown post office, as well as one in front of Cafe Smitten on 18th Street. 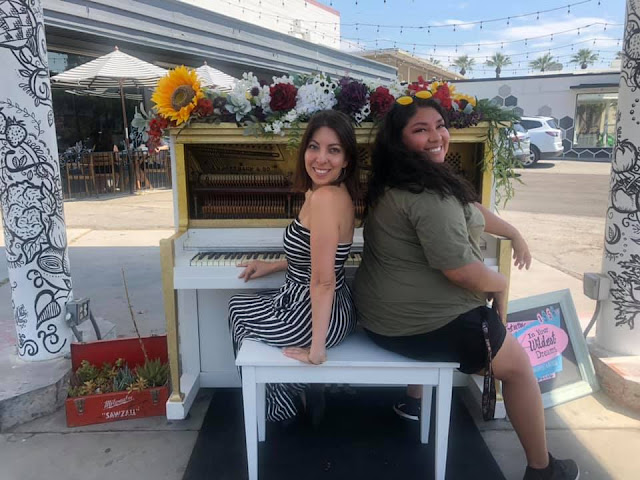 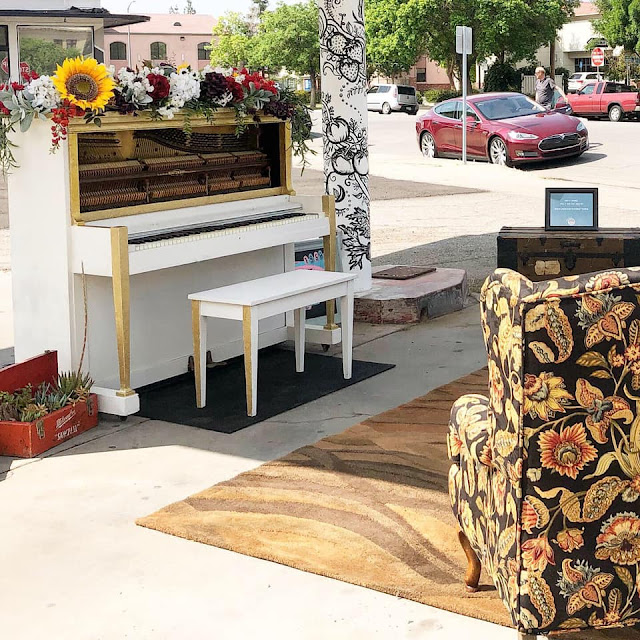 * ... SPOTTED ON FACEBOOK: "I have a fitness tracker. It's called, 'I look at my gut and it keeps getting bigger.'"

* ... 18HUNDRED: Have you been to the new 18Hundred restaurant at the corner of Chester and 18th Street? It's worth checking out and it is housed in a historic old bank building that was restored and completely renovated several years ago. When you go, check out the picture above the bar showing the old Redlick's department store that once stood on Chester and 18th on the southeast corner, directly across from the bank. And here, for your pleasure, are some old pictures of the Security Pacific Bank back in the day. 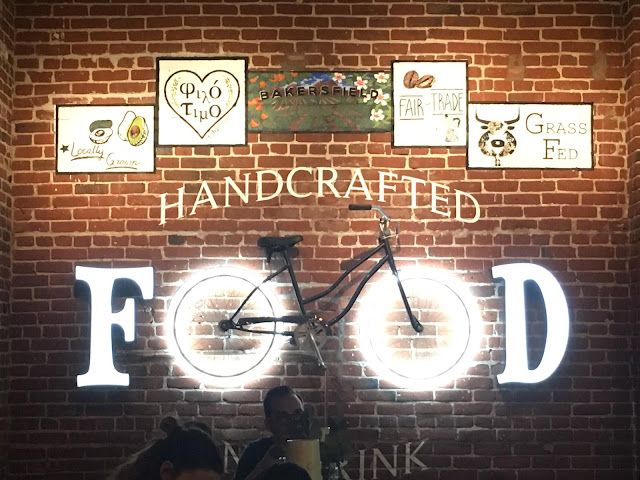 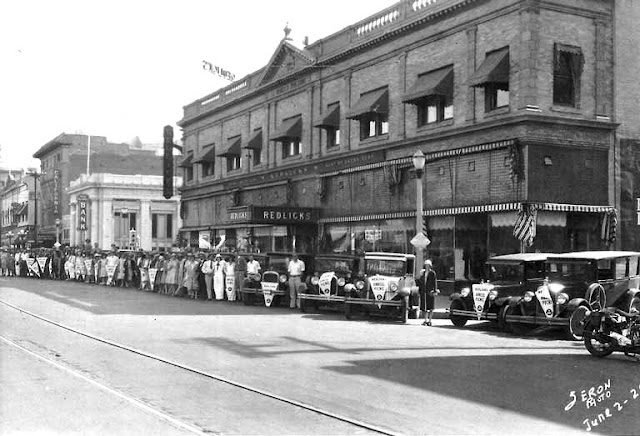 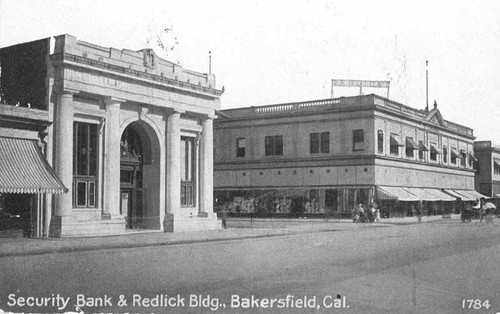 * ... CHICK-FIL-A: Chick-fil-A is one of the fastest and most popular growing fast food franchises in the nation, yet it continues to be the source of political backlash because of the strong Christian beliefs of its founder. And now, well you guessed it, students at Cal Poly San Luis Obispo want to kick the eatery off campus because they claim the franchise is anti-gay. In fact, in the school newspaper one writer compared having Chick-fil-A on campus to having pornography in the library. And so it goes. 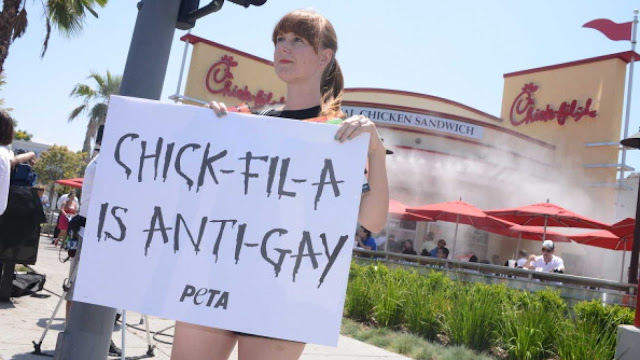 * ... MEMORIES: Check out this photo of an old page of The Californian, courtesy of the Kern County History Fans Facebook page. 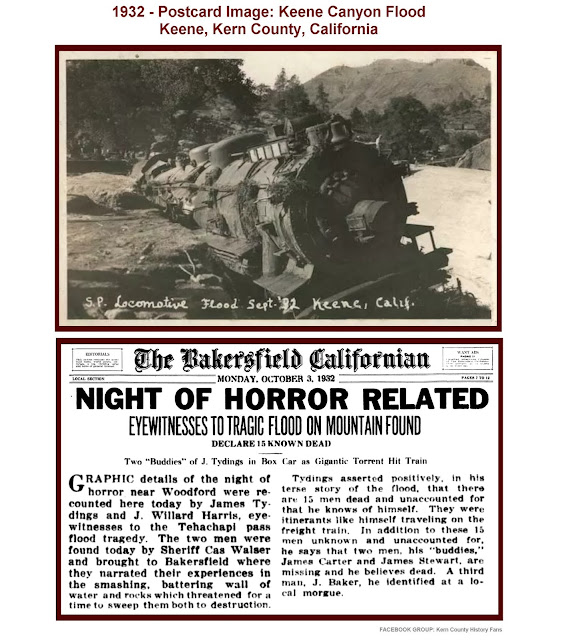