Top administrators leave Bakersfield City Hall for greener pastures, the bulldozers reduce the old Sinaloa restaurant to rubble and why the City Council needs to forget about saving the old railroad depot

Welcome to Bakersfield Observed. Our mission is to celebrate life in Kern County by focusing on newsmakers and events and the local characters who make this community such a special place. The views expressed here are strictly my own and do not represent any other company or publication.
* .... EXODUS: What is going on over at Bakersfield City Hall? Maybe nothing, but it does raise red flags when two of the most important department heads in the city - Public Works Director Nick Fidler

and Assistant City Manager Jacqui Kitchen - resign to pursue other jobs. Fidler and Kitchen are seasoned city administrators at the top of their game, and they are turning their back on two 'destination" jobs. Is it just coincidence, or does it show their displeasure with City Manager Christian Clegg's operating style? Both Fidler and Kitchen were devotees of former city manager Alan Tandy, and while no one is talking, speculation is rampant and the new culture at city hall and how it might be driving good people away. 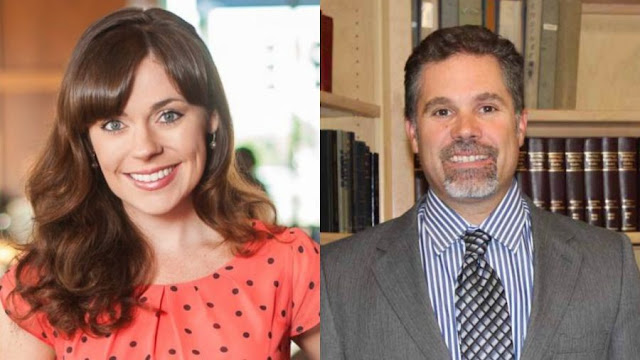 * ... SPOTTED ON TWITTER: "We are all born ignorant, but one must work hard to remain stupid.
-Benjamin Franklin"
* ... CSUB WRESTLING: Congratulations to Vernon and Janis Varner who have funded scholarships for the CSUB wrestling program to the tune of $25,000. The Varners are longtime supporters of CSUB wrestling and The Coyote Club, which regularly raises money to support the sport. 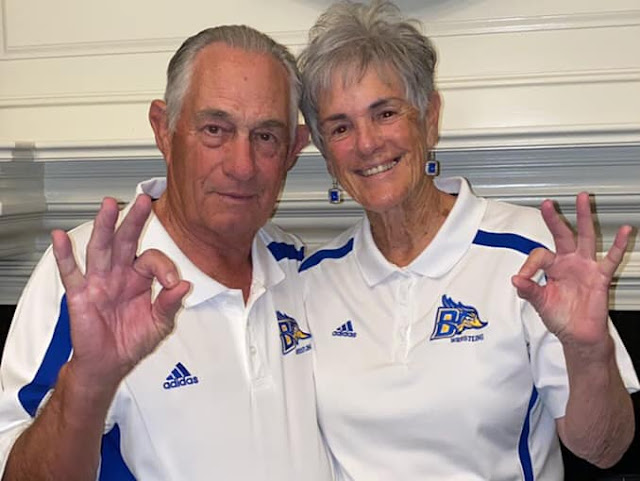 * ... MEET CRAIG HARRISON, CITIZEN: For the first time in his adult life, Craig Harrison is no long affiliated with the Catholic Church. That deal was sealed this week when the pope  released Harrison from the priesthood after a long period of acrimony, accusations, bad blood and hints of scandal involving Harrison and a number of young men who claimed Harrison sexually abused them years ago. The charges may never be verified - it is a virtual he said/he said situation - and after being suspended by the church, Harrison made the decision to sue the church for defamation. That lawsuit still stands - you can bet the church was not happy about it - and it led to Harrison resigning his post when he feared retaliation from the diocese. Then the letter came, basically saying the pope had accepted his resignation and was moving on. Harrison is also moving on, reportedly eyeing a counseling and life coaching business here in town. 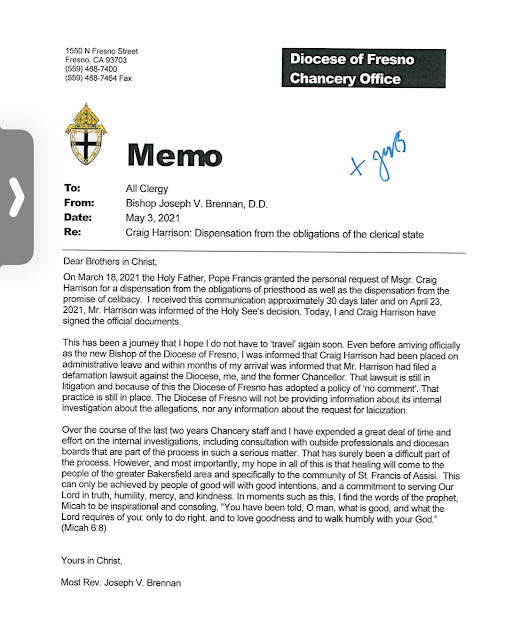 * ... RIP SINALOA: The Sinaloa Mexican restaurant, long a mainstay of downtown Bakersfield with a long list of followers, has been torn down to make room for new apartments. The bulldozers and cranes moved in Wednesday afternoon and make quick work of the historic old building. Sage Equities is planning to build apartments at the site. 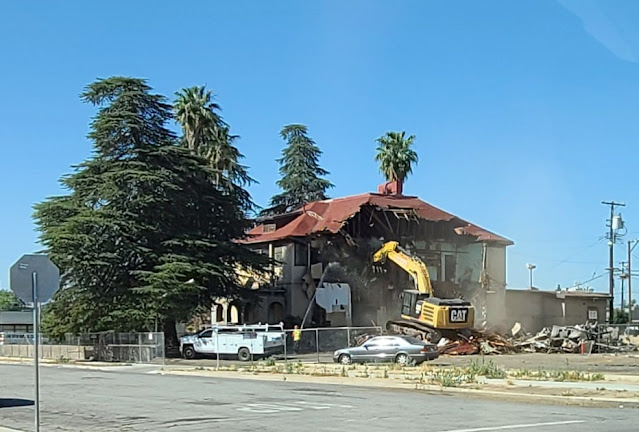 * ... MY TAKE: The idea of saving the old Union Pacific railroad depot on Old Town Kern is born of good intentions, but it is an idea doomed to fail. Aside from the good that comes from preserving the past, the building is too large, in terrible shape and given its location will likely never have a chance to be restored without millions of dollars. For Councilman Andres Gonzales and other supporters: if you can't control the homeless population or keep the Kern River Parkway safe and clean, what makes you think you can save and restore a dilapidated old building in an economically challenged area beset with crime and homelessness? 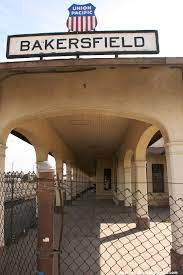 * ... COURTHOUSE MEMORIES: Check out this photo, courtesy of the Kern County of Old on Facebook, of the old Kern County courthouse. 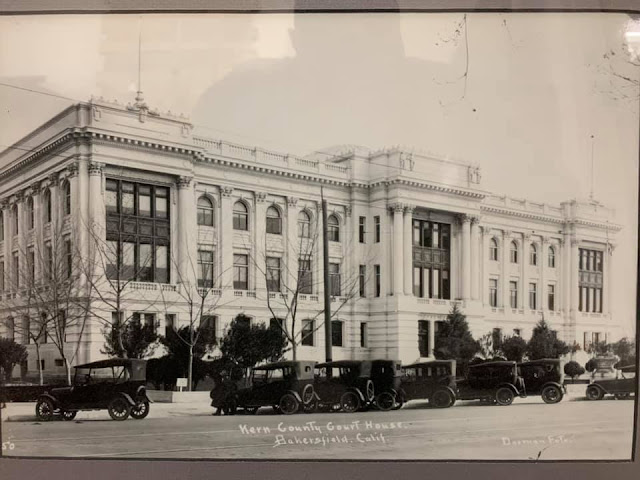 Posted by Richard Beene at 6:43 AM