Did the Diocese of Fresno fail to include five more priests on its list of "credibly accused" priests who have been accused of preying on young men and women? And what secrets will the church personnel files reveal about how the church covered up and concealed priest abuse?

Welcome to Bakersfield Observed. Our mission is to celebrate life in Kern County by focusing on newsmakers and events and the local characters who make this community such a special place. The views expressed here are strictly my own and do not represent any other company or publication.
* ... SEXUAL PREDATORS: One thing seems certain about the ongoing sexual abuse scandal in the Catholic Church: it just never seems to end. And it gets worse virtually every day. Communities like Bakersfield who have seen priests outed because of accusations of sexual abuse - the rise and dramatic fall of former priest Craig Harrison is a classic example - are understandably weary of hearing how a once

beloved priest has been accused of such sickening deeds. But all this isn't ending anytime soon, and now new allegations have emerged implicating five more priests who were once assigned to the Diocese of Fresno. Jeff Anderson and Associates, a law firm that specializes in priest abuse, alleges the Diocese omitted five priests who had been accused of sexual abuse over the years. They include Rev. Efren Cirilio Neri, Monsignor Anthony Moreno, Father Gaspar Bautista, Rev. Orlando Alberto Battaglioia and Father Edgardo Arrunataegui.  Battaglioia and Baustista have since died while the other three are believed to be alive. Anderson & Associates said the names of these priests were left off the list of "credibly accused" priests issued by the Diocese of Fresno. That list, which included Harrison of Bakersfield, is viewed as important because with it the church is acknowledging that there is credible evidence to believe the men who have come forward to accuse the priests. 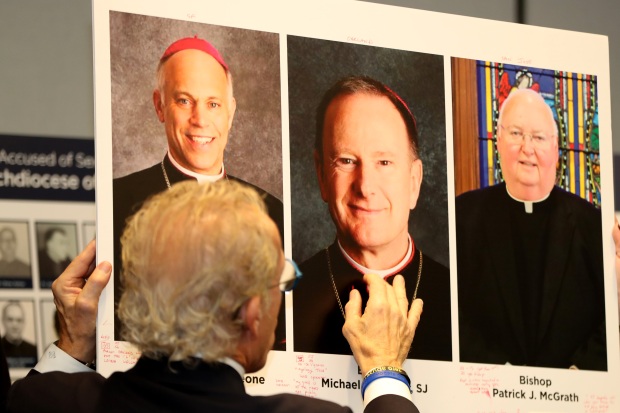 * ... AB 218: What's the point in outing dead priests as abusers? Lawyers for victim advocates hope that by doing so more victims will come forward to take advantage of the California Child Victims Act (Assembly Bill 218) which gave survivors of childhood sexual abuse a chance at justice and healing.
The law opened a three year window, beginning January 1, 2020, for survivors of any age to pursue justice, no matter how old they are, when the abuse occurred, or if their abuser is alive or dead. It also
increased the time limit for commencing an action for recovery of damages suffered as a result of childhood sexual assault to the age of 40 or within 5 years of the date the survivor discovers that psychological injury or illness occurring after the age of 18 was caused by sexual assault (whichever is later).
* ... PODCAST SPECIAL: For more details on the abuse scandal check out the latest Bakersfield Observed podcast where I interview Joelle Casteix, an abuse survivor herself who has devoted her life toward ending sexual abuse and exposing the abusers. Listen to this expert talk about why the church personnel files may hold the secrets to what really happened.

* ... PERVERT PRIESTS: This may not come as a surprise but the sex scandal in the Catholic Church is taking its toll on parishioners who seem to be increasingly either boycotting Mass or leaving the church altogether. According to a report in The Wall Street Journal, 27 percent of U.S. Catholics said they had reduced their Mass attendance because of the abuse crisis. In fact, a survey by Georgetown University found that 31 percent of all U.S. Catholics said the abuse crisis "made them embarrassed to identify themselves as Catholic." And there is this: 26 percent of U.S. Catholics have reduced the amount of money they donate to their local parish. That seems to be happening locally over at St. Francis Parish in the fallout of a former local monsignor, Craig Harrison, who has been accused by multiple men of sexual abuse over several decades. While Harrison seems to enjoy the loyalty of a small group in town, some of whom are withholding their weekly contributions to the church, the once popular priest faces a future that looks nothing like his past. The lesson: sex and abuse scandals are easier to ignore until they come to your town. 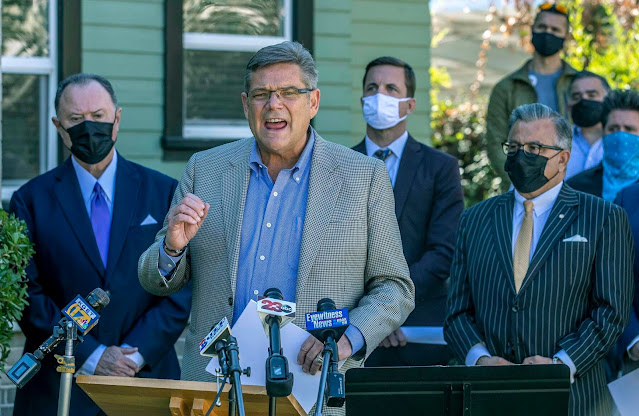 * ... SPOTTED ON TWITTER: "My daughter: Can we stop for ice cream, and then not get any for John? Me: Stop being awful to your brother. Someday you might need a kidney. Her: Mom, you know how much water I drink. I will never need that."
* ... MEMORIES: This post is compliments of Mark Peterson who shared it on the Kern County of Old Facebook page. It's all about Gordon's Ferry here: "Gordon's Ferry was located on the Kern River and was later replaced by the China Grade Loop Bridge: Actually 4 bridges have been built over the history: The first was a wooden bridge that replaced the ferry in about the 1930s (If I am correct) That bridge later replaced with a Cement bridge that was washed out during the flood in the 1950s and rebuilt, then replaced again in 1992 with the current bridge of today." 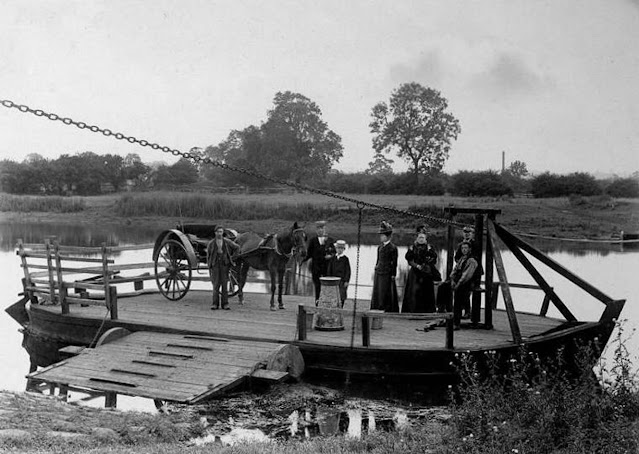