Mike Maggard announces his retirement, Tesla has sold almost 1 million cars in the United States and the median price of a home in California reaches almost $800,000

Welcome to Bakersfield Observed. Our mission is to celebrate life in Kern County by focusing on newsmakers and events and the local characters who make this community such a special place. The views expressed here are strictly my own and do not represent any other company or publication.
* ... MAGGARD RETIRES:  Kern County Supervisor Mike Maggard is retiring after a long career on both the City Council and Board of Supervisors, opening the door for a June election when his his chief aide Jeff Flores will attempt to fill the seat. Up until today, Flores likely thought his opponent would be

retired CHP officer Brian Smith, who has no elective experience. But all that changed when Louis Gill, the former head of the Bakersfield Homeless Center said he was joining the District 3 race instead of challenging Rep. Kevin McCarthy in the 23rd Congressional District. Kudos to Gill who should have seen his challenge of McCarthy has nothing more than a costly political suicide mission. Joining the District 3 race at least gives him a shot, while rendering Smith a curious afterthought. Maggard's retirement was expected - he cited spending time with his family as one of the reasons to let go - and it sets up free for all with Flores, Gill and Smith. By all accounts, Flores should be considered the odds-on favorite: he is a politically savvy known commodity, has served on the Kern High School District for years and he has carefully nurtured political allies over the years. And, let's be clear here, Flores is a Republican  and Gill a liberal in a conservative part of the state. Smith, by contrast, is not that well known outside of the regular readers of the local newspaper where he ran a "Cop Tales" weekly column. But given the realities of the newspaper business the number of readers has shrunk so considerably, that what once seemed like a grand idea to capture eyeballs likely provided a lot less than he expected. Others could enter this race, so stay tuned. 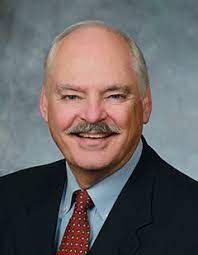 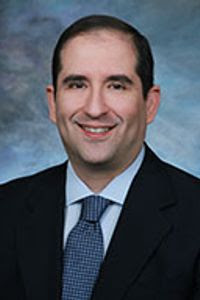 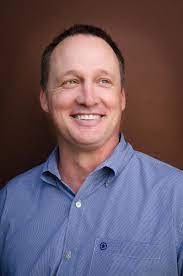 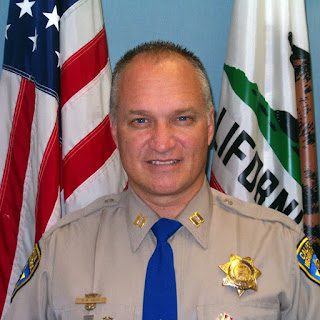 * ... TESLA: If you live in California, then you know just how popular the new lineup of all electric Tesla sedans are, and now the company says it delivered 87 percent more cars in 2021 than it did the previous year. The now Texas based company said it delivered more than 308,000 vehicles in the fourth quarter alone, a 71 percent increase from the same time a year earlier. In all, Tesla said it had delivered 936,000 cars in the United States. The overwhelming majority of Teslas sold in the United States are purchased right here in California.
* ... KERN RIVER: Have you noticed there is some water in the Kern River, particularly west of Beach Park as the river winds through the southwest? Recent rains have no doubt contributed to this, but it is a constant reminder of the efforts under way to have water in the river year around. But there is one problem: the sheer number of homeless encampments in the river bed, along with mountains of trash, pose a problem and safety hazard to water entering the riverbed. Despite the city's best efforts, and this should not be minimized even though it has been an abject failure, the homeless live where they want, use the riverbed as their personal toilet and soil the place with mounds of trash without any repercussions. (photo by The Bakersfield Californian) 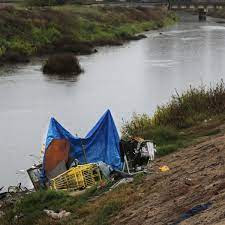 * ... CALIFORNIA HOUSING: Last year was a difficult year on many levels but the price of housing in California continued its almost ridiculous rise. The median sales price of a single-family home in California has now reached $798.440, up 12.3 percent from a year earlier. Suburbs like in Sacramento and Riverside showed the highest increases while population centers like San Francisco posted more modest gain. According to Zillow, the typical home in San Francisco is now selling or $1.53 million.
* ... MEMORIES: Who remembers Lake Isabella when it was just a sleepy outpost back in the day. Enjoy these old postcards. 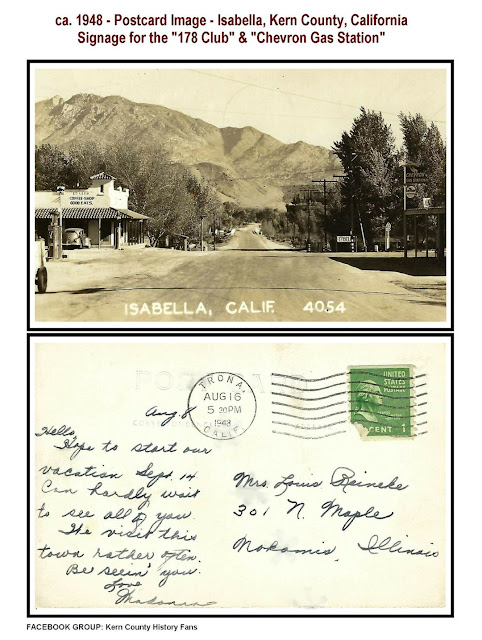 * ... MORE MEMORIES: And from the Kern County of Old Facebook page comes this note about the old Pennys building on Chester Avenue: "Exterior and interior photographs of the J.C. Penny's store at 2018 Chester Ave. 1930 and 1927, respectively." 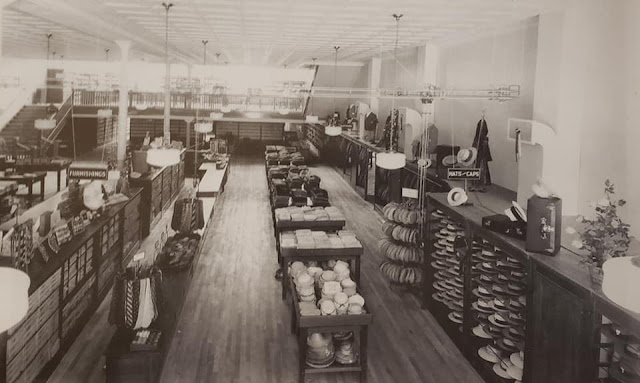 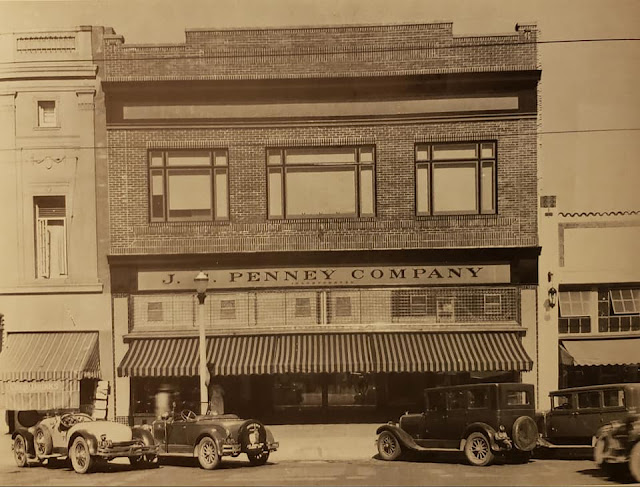 Posted by Richard Beene at 9:29 AM