"Power couple" is an overused and cliched phrase but it's hard to argue that it doesn't apply to Lisa and Jeff Green, the Bakersfield couple who will be featured on this Saturday's BakersfieldLife magazine. Lisa of course is the long-time deputy district attorney who is lined up nicely to succeed Ed Jagels as the county's chief prosecutor when he retires next year. She's tough as nails and has handled some of Kern County's most notorious murder cases, including vice principal-turned-killer Vincent Brothers. Jeff is chief counsel of Grimmway Farms, the nation's largest carrot producer, and like his wife he's active in the community. He did a term of the First Five Commission, asking tough questions others would not about this once ill managed group, and he served an interim term on the Bakersfield City Council. Beyond their public service, these are good people and good neighbors and it's good to see them featured in the magazine. Local writer Lisa Kimble did another thorough job bringing these folks to life. 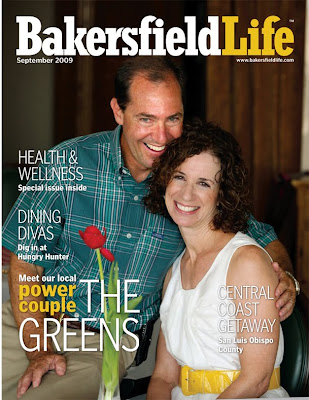 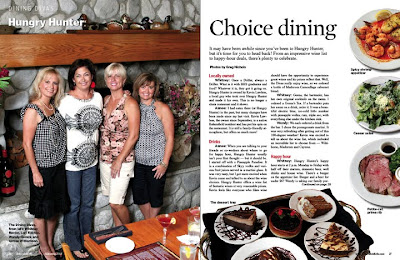 The magazine also will have a short profile on Rogers Brandon, president of American General Media (the company owns a half dozen radio stations in town, including KERN news talk featuring Inga Barks) as well as the "Dining Divas" featuring eateries about town. Make sure you look for it in your home delivered Bakersfield Californian.
Posted by Richard Beene at 11:30 AM