Valley tries to lure the young and talented back home, and remembering Lenore Carter

*... LURING YOUNG TALENT BACK HOME:  I've spent a lot of time chronicling many of the local kids who have decided to return home, so I was curious to read about an organized effort in Fresno aimed at reversing the brain drain. (read the entire post here) The Fresno effort is aimed at taking advantage of a tough economy to lure back departed talent and to take advantage of the energy and creativity of these young workers. From a story in the Fresno Bee:

"Though unemployment rates are high in the Valley, employers here say they still need educated professionals in many fields. The recession, along with family ties, may provide an incentive for some who left to return.
Along with new ideas, so-called boomerangs "also come back with a renewed interest and passion for the area," said Mike Dozier, chief operations officer of the Office of Community and Economic Development at California State University, Fresno.
"The challenge has long been figuring out how to lure these former Valley residents -- especially those between the ages of 28 and 38 -- away from their big cities, vibrant life and higher-paying jobs."

There is certainly evidence that a lot of local kids have made the decision that Bakersfield is a good place to live and work, although many others have opted to leave and never return, often citing the diversity of jobs and opportunities that only larger cities can provide. But the Fresno effort is interesting and worth following, and perhaps something we should consider here. 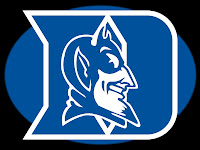 * ... SOME DUKIES RETURN TO BAKO: Locally the list of kids who have come home grows longer every day. The latest to contact me was Ami Shugart who was a valedictorian from Bakersfield High School in 1996 and cum laude from Duke University in 2000, having "spent a good portion of the latter four years camping on mud-saturated pizza boxes in a cheap, soggy tent as a Cameron Crazy in Krzyzewskiville." (If you need this explained, you don't follow college basketball.)  Ami later attended law school, decided it wasn't for her and came home to raise her boys, now 4 and 2 years old. And she reminded me that her friend, local dentist Dr. Benjamin Lin, graduated with her at Duke in 2000. A graduate of Highland High, he apparently attended dental school in Pennsylvania.

* ... AND THERE ARE MORE: Carol Formanek sent  me an email telling me about her son, Arin Formanek, a 2003 graduate of Stockdale High School who graduated from UC Santa Barbara. He is now working at Vintage Production CA LLC, which is a subsidiary of Occidental Petroleum Corp. And speaking of Stockdale High, two more Mustang grads, siblings Tim and Toria Gooding, are back in town. Tim went to Point Loma Nazarene in San Diego and is now a financial analyst for Vintage Petroleum in Bakersfield and Toria graduated from Vanguard University and is working on her credential and substitute teaching in the Panama Buena Vista School District. Welcome home to Arin, Tim and Toria.

* ... REMEMBERING LENORE  CARTER: Received a wonderful email from Art Sherwyn, the local artist, art teacher and former tennis coach at Stockdale High School who was remembering the life of Lenore Carter, who died last week. Lenore was the wife of Warren Carter and mother of Ken Carter, president of Watson Realty. She died Thanksgiving afternoon after battling cancer. Said Art:

"I coached both of their sons, Doug and Ken, in basketball and football at McFarland High School in the 1970s. I was only in my 20s and their support and friendship was very well received, and welcome at a time when I was young and searching. They were outstanding role models for me to learn from; they were some of the most caring, compassionate and giving people I have ever been involved with, and their greatness as people provided me with a view that has enhanced my own life."


What a wonderful tribute to Lenore, who will be buried Friday in Cayucos, her home away from home. A local memorial will be held at Olive Drive Church on Saturday, December 12.
Posted by Richard Beene at 9:08 AM

While my son remains a 6 year junior at the Unversity of Colorado Boulder, his absence has not had a negative effect on Bakersfield's brain drain.

Yes, "the Fresno effort is interesting and worth following, and perhaps something we should consider here." Exactly what are you proposing? Who should do it? Or is this just another blabbery meaningless thing to say? Who's the royal "we" in this case? Always the royal "we" and nothing really to show for it.

Do I detect some anger here? The "royal we" as you cite is you, and me and anyone who happens to care about their community. I confess I'm not in a position to appoint committees to make this happen - but then is it ever that easy?- and perhaps people like you would like to step forward to lead the effort? Or is it easier for you to simply hide behind anonymity and criticize. Your choice.

You are prominent in the community; in your blog and the column that runs in the Californian you promote and portray yourself as a guy in the know, a guy who knows ALL the important people in this town. You're the CEO of the ONLY newspaper in Bakersfield. You have the strength of the editorial page of the newspaper to push whatever agenda you think is important. You are an influential person who can make things change for the better in this community. You have access to any media outlet, non-profit organization, political group, and service organization in the county. You have the platform. What have you done, to date, to utilize your influence, your position in the community and your platform?

Are you suggesting people are so powerless that one person cannot effect great social change? Or are you looking to me to cite accomplishments - like a pol would do with submmitted bills - to prove my value? I do neither and simply try to inspire or possibly spark an idea that may move someone to action. Lastly you might look at yourself - and your own responsibility - to right a wrong instead of wishing it on someone else,

Yes! Cite some of your accomplishments! Yes! We're looking to you!
In "Bakersfield Observed," you constantly shower us with suggestions for change. Are you waiting for Godot?
All your grandiose ideas about the way things should be, but you lift not a finger to engage those changes.
An invidual of influence has an obligation to promote change. Like it or not, you are one of those people.
Talk is cheap.