Mike Olague lands at Bank of the Sierra, Pat Collins buys HP Sears and Memorial thanks its donors

* ... A BIT OF HISTORY: I received a nice note from John Pryor, an insurance and risk management consultant who also serves as historian for Stockdale Country Club, which will celebrate its 85 birthday next month. I had written earlier about Lloyd Tevis and the club's origins (see that post here) and John added some context. Consider:

- Lloyd Tevis was the first CEO of Wells Fargo Bank (in San Francisco) in 1872.
- Stockdale is named after a friend of the Tevis family, Sir Edmund Stockdale, who became Lord Mayor of London.
- Mrs. William Tevis, the former Mabella Pacheco (called Mabel) was the daughter of California's first Hispanic governor, Romualdo Pacheco.
- Many local streets are named after those in Stockdale's history, including Tevis Drive (and school), Carr Avenue, Pacheco Street, Hesketh Street, Haggin Oaks and of course Stockdale Highway.
- Mrs. Tevis purchased exotic trees during her world travels, most of which are still viable and visible at the clubhouse and on the golf course. Notable are two Italian cypress trees at the entry to the clubhouse and the Monkey Puzzle tree next to the 18th green.
My thanks to John for sharing some of this rich history.

* ... BAKO OR BAKERSFIELD: Mike Griffith, a longtime sports writer at The Californian, shared with me the story of how Bakersfield came to be known as "Bako" among some local hockey players. According to Mike, it was around 1994 when he was covering the old Bakersfield Fog hockey team (forerunner to the Condors) and some Canadian players took to using "Bako" to refer to their new hometown. "Seems to fit," Mike told me. "After all hockey is all about nicknames for just about everybody and every city."

* ... MEMORIAL GIVES THANKS: Memorial Hospital rolled out the red carpet to showcase the completion of donor signage and to honor those donors to its Capital Campaign. Nancy Carr, director of the Capital Campaign and widow of the late Larry Carr, chief development officer Sue Benham and hospital CEO Jon Van Boening had special words of thanks to all those who supported the hospital's expansion. Among those attending were David and Catherine Gay with daughter Emily, Joey and Christy Porter, Don and Sherrie McMurtrey, Pete and Mona Pankey, Hal Aaron, Dr. Hans Einstein and daughter Evie, BMH Foundation chair Pat Osborn, Tom Alexander, Cynthia Lake, Tom Smith, Bob and Mary Beck, Bart and Napier Hill, Dr. Bruce and Rosemary Swinyer, Dr. Madhu and Dr. Rabinder Bhogal, Dr. Kamalnuth and Lilly Iyer, Harvey and Lavonne Hall,  and Dr. Robert and Shirley Marshall. 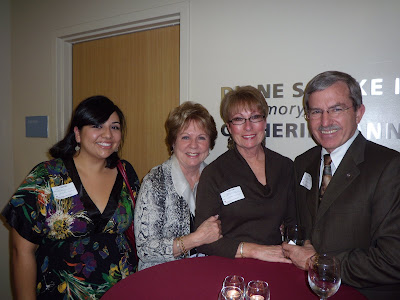 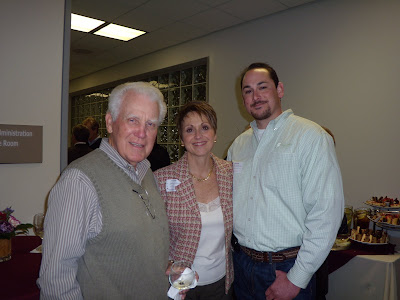 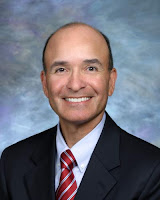 * ... THE BUZZ: Michael Olague, formerly head of the regional Rabobank office, has landed at the Bank of the Sierra as a senior vice president and area manager of the Bakersfield area. Olague is a longtime and well respected local banker who previously worked with Bank of America and the now defunct San Joaquin Bank. He is one of several local bankers who found themselves out of work in the tumultuous banking crisis of 2009. He is a graduate of Cal State Bakersfield and the University of Virginia graduate banking school and currently serves on the board of Mid State Development and the Kern Community Foundation, as well as the advisory board for the CSUB Business School. Always good to see people like Olague landing on their feet. Lastly, I heard from former Kern Economic Development Corporation head Patrick Collins that he is now the owner of H. P. Sears credit company. Collins was brought in to run the family owned company. founded in 1928, and has now become its owner.
Posted by Richard Beene at 9:04 AM