* ... HIBBARD LEAVES TEJON: I learned yesterday that Barry Hibbard, the longtime vice president of commercial development for Tejon Ranch, is leaving the company to strike out on his own. Hibbard told me he plans to start a company that will invest in distressed commercial real estate for longer term investors. He said the commercial slump (which is expected to get worse) represents a "generational opportunity that I wanted to be in on." The two primary areas of investment will be the Central Valley and Central Coast. In addition, Hibbard said he has grown weary of the commute to Tejon, his wife is two and a half months pregnant and he'd like to spend more time at home. At 6-foot 7 inches, Hibbard is a former Big Ten scholarship swimmer at Michigan State University and an avid athlete. He worked at Tejon for 12 years and his last day is Friday.

* ... OLAGUE'S RETURN: I had a chance to catch up over lunch the other day with Michael Olague, the longtime local banker who is now Senior Vice President and Senior Area Manager for Bank of the Sierra. Olague joined the bank in November and spent the first two months in Porterville - the bank is based there- learning the culture and mapping an aggressive strategy to position the bank as "the business bank of choice." I was surprised to learn that the bank, which has 25 offices scattered throughout the Central Valley, has $1.3 billion in total assets. Sierra has always had a quiet profile here, but my guess is that will change under Olague's more ambitious direction. Olague brings instant credibility and wide contacts to the bank, which enjoys more visibility and market share in places like Tulare County than it does locally. Previously Olague headed the local offices of Bank of America and Dutch-based Rabobank and worked at San Joaquin Bank. 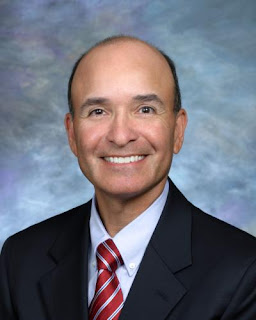 * ... HOLD THE COCKTAILS: Sandi Schwartz, a member of East Rotary and secretary of the Plank Foundation, wrote to take issue with Men Health magazine's rating of Bakersfield as one of America's 'drunkest cities.' "I sent this article from Men's Health to my son Bryan Phillips who is Kern County raised, West Point grad, now living in Houston," she said. "He quickly defended Bakersfield stating that the article was unfair due to mass transit in large cities. Don't I have a brilliant son?" Indeed you do Sandi.

Congrats to Olague...and right on, Sandi Schwartz! Allstate Insurance also says Bakersfield is among the "safest drivers" in the nation...#2 in California.