* .. HOUSING BLUES: The long feared "double dip" in housing prices is now taking hold in as many as one in five major housing markets. That's the word from Zillow, the national real estate sales and data provider. Our own market here in Bakersfield remains slow, and local Realtors tell me there isn't a lot of inventory on the market. We are still working through thousands of foreclosures, and there are more to come. Zillow identified the top five cities to find a "bargain" for a house because of depressed prices. They are Naples, Fla., Cape Cod, Mass., Charleston, S.C., Merced, CA. (one house that sold for $337,000 five years ago just sold for $80,000) and Chicago. (read the Zillow and ABC report here) Meanwhile, the Wall Street Journal referred to the pending flood of new foreclosures as "shadow inventory" and said there were enough homes expected to hit the market to last about 10 months based on average sales rates. It said the worst hit areas are California (naturally), Arizona, Florida and Nevada.

* ... TRAVELING HOPWOODS: Reader Dale Hopwood wrote to remind me that Bakersfield was known as "Quakersfield" after the 1952 earthquake that devastated our once historic downtown. But he really wanted to talk about his children, some of whom moved away but came back home to live and work. His son, Ken Hopwood, is a North High graduate who was living in the Southland but moved back to work as a software engineer for Prosoft. Ken 's wife, Becky Coats, is working with the reading class at Endeavour Elementary. Meanwhile daughter Dana Villicano is teaching science at Fruitvale Junior High and another son, George Hopwood, is working at UC Santa Barbara in the special projects office. Finally, the last of the traveling Hopwoods is his daughter Sara Holm, a geologist living in the mountains of northern New Mexico.

* ... SKEET HONORS: Kudos to four Bakersfield skeet shooters who have been named to the 2010 All-American Teams by the National Skeet Shooting Association. This is really unusual to have so many from one club make the All-American squads, and it's a credit to the programs and facilities at the Kern County Gun Club located near the Lake Buena Vista Recreation Area. Ben Wagoner, the 45-year-old owner of Air Control Services heating and air conditioning, was named to the Rookie First Team while Brian Foley was named to both the Open Honorable Mention team and the Junior First Team. Foley graduated from Ridgeview High and is now a freshman at Lindenwood University in St. Charles, Mo. Also named All-Americans were sisters Emily and Rachel Shuford, a senior and sophomore at Bakersfield High respectively. Rachel made the Sub-Junior First Team and Emily the Junior Honorable Mention Team. 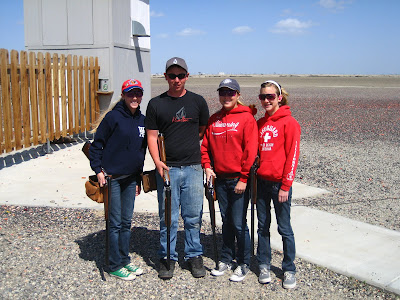 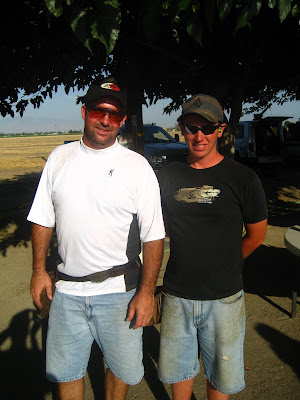 
* ... B-TOWN JUST FINE: Reader Dave Collins, who works at the local collection agency Commercial Trade, dropped me a nice personal note and ended it by saying "... by the way, I think 'Bako' is just fine along with B-town and Bake-in-the-field." Add him to the list who think 'Bako' is not an insult.


* ... BAKERSFIELDISMS: You know you are from Bakersfield when ...  "You know a swamp cooler is not a happy hour drink" and "You know Trouts and we're not talking about the fish."
Posted by Richard Beene at 4:07 PM