Enjoying a Passover Seder, the generosity of the Gay family and showing really bad form in Bako

* ... PASSOVER: I enjoyed the company of some dear old friends and a few new ones at a Passover Seder meal at the home of the remarkable Wendy Wayne and her political consultant husband Gene Tackett. The meal focuses on retelling the story of the Jewish exodus from Egypt, but you don't have to be Jewish to join in the inspiring narrative. Wendy prompted each of us to discuss a "plague" in society, and all the usual suspects turned up: disease, loneliness, despair, poverty, illiteracy, ignorance etc. But there was also a long list of things to be thankful for: health, friendship, hope, love, children, faith, even good wine. What is on your list?

* ... CSUB SIGNAGE: A new digital billboard showcasing Cal State Bakersfield has gone up at the Stockdale Highway entrance, thanks to the generosity of the Dean and Adah Gay family. This is just the latest local institution to benefit from the Gay family. If you haven't seen it, it's worth a look. 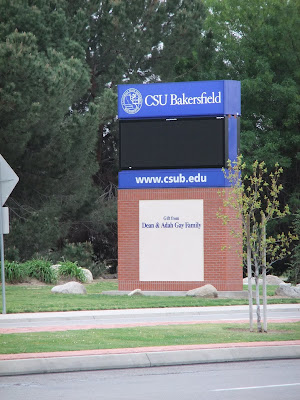 * ... YOUNG GUNS: Was encouraged to hear that three of the folks involved in the mid-course update of the Vision 2020 planning documents are young folks who all graduated from CSUB and chose to stay in town. They include Brooke Antonioni (North High),  Christina Dixon (Highland High), and Alice Huang (South High).  Susan Hersberger, the public affairs director of Aera Energy, told me that "perhaps not so coincidentally, all three are also graduates of Leadership Bakersfield.  Brooke works for TransWest Security;  Christina and Alice are Aera employees. Leading the Vision 2020 update is veteran community leader Kay Pitts (also with Aera) who recruited the trio and other young talent for this project."

* ... FIRST FRIDAY: Another "First Friday" is upon on and the downtown arts district will be alive once again. At the risk of repeating myself: if you have not been downtown in a while, give it a try. These events are always well attended and all the arts galleries will be spruced up and featuring interesting exhibits. Metro Galleries over on 19th Street will be featuring the work of David Gordon from the Bakersfield Museum of Art. Titled "Frond Frauds" it is a series of local landscape paintings featuring palm trees. It all begins around 6 p.m. and goes as long as you wish. 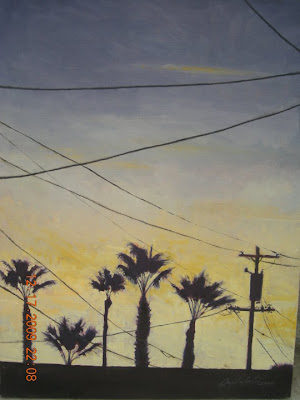 * ... SPACEPORT: Millie Hylton, one of the long-time morning regulars at my gym, passed along an interesting tidbit about her grandson Steve Waid. Turns out that Waid is overseeing the construction of a two-mile runway that will represent the first phase of Spaceport America, the world's first facility designed specifically for commercial space travel. The New Mexico Spaceport Authority has already let $90 million in contracts to such clients as Virgin Galactic and Lockheed Martin. Millie's daughter, Patty Waid, passed along a story featuring Steve in a recent edition of the AmericanWay magazine which appears in the seat pockets on the air carrier.

* ... REALLY BAD FORM: Am I the only one offended by the number of lifted pickup trucks around town sporting a pair of fake bull testicles dangling from the trailer hitch? I never considered myself a prude but this seems like a case of bad taste run amok, another example of legal visual pollution  that I could do without. Didn't your mother teach you better? A quick Google search found some efforts in the Florida and Virginia legislatures to ban such offensive gestures, though it's hard to legislate bad taste. And so it goes. 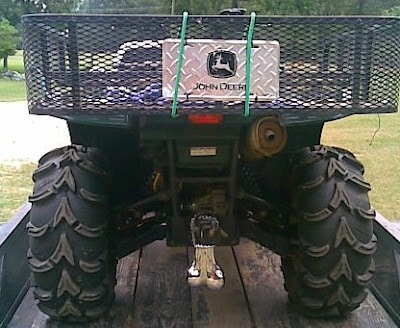 * ... BAKERSFIELDISM: You know you're from Bakersfield when "people break out coats when the temperature drops below 70."
Posted by Richard Beene at 9:29 AM

I agree about the fake bull testicles, these guys have no class