Bako bits: Luigi's to celebrate 100 years and another bar opens at the Padre Hotel

* ... LUIGI'S: I was at Luigi's Restaurant and Delicatessen the other day and heard from Gino Valpredo that the popular landmark eatery is about to celebrate its 100th anniversary. Gino said a huge celebration will be held Sunday, October 3, from 10 a.m. to 6 p.m. Part of 19th Street will be blocked off and the restaurant will be serving some of its most popular dishes. This is one event that promises to be a hit.

* ... COLLEGE BOUND: Another Stockdale High School student has been accepted to some of our top universities. Akash Jain, son of Anurag and Shelly Jain, has been accepted to Duke University, Johns Hopkins, UC Berkeley and UCLA among others. He's interested in bio-engineering and reportedly scored an impressive 2250 on his SAT.

* ... PRAIRIE FIRE: Stopped by the new Padre Hotel Friday night for the opening of Prairie Fire, the hotel's impressive new second floor outdoor bar and restaurant. It features a long bar, high seating, fire wall and plenty of room to circulate under the stars. My bet is it will be a huge draw for weddings. Jane Haupt was there celebrating her birthday with a group of friends playing bridge, the museum's David Gordon and pal Sue Deininger showed up, and I heard former Pittsburgh Steeler Joey Porter and his entourage made an appearance later that evening. Even Padre owner Brett Miller was there overseeing things before flying back to San Diego. 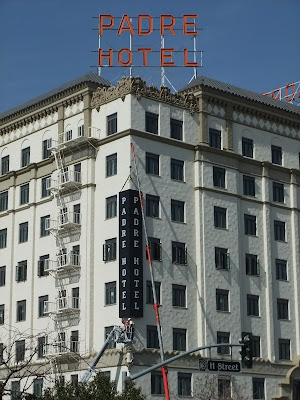 * ... GLEANERS ANNIVERSARY: Looks like the Golden Empire Gleaners is getting ready to celebrate its 25th anniversary. Executive director Pam Fiorini says they are looking for clients to share what impact the Gleaners had in their lives as part of the celebration. The Gleaners is also looking to to finish the job of replacing its roof, at a cost of about $80,000. Give Pam a call if you'd like to help, at 661-324-2767,

* ... MONSTER TRUCKS: Reader Donna Painter wrote in to share her own pet peeve: those huge monster trucks that look like they would run you over in an accident. "One day I looked in my rear view mirror and saw only a big bumper and almost the undercarriage of a pickup truck. If one of those monsters hit me from any direction, they would decapitate anyone in my vehicle. Notice the semi rigs have a drop-down bar that prevents anyone from going underneath them. Why don't they require that for those raised pickup trucks? I think this is a safety issue that someone needs to take up." 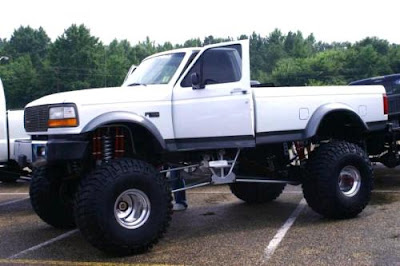 * ... GAUCHO REUNION: A big reunion of UC Santa Barbara alumni is being planned by Elaine McNearney. The event is planned for Saturday, April 24, from 4 p.m. to 6 p.m. and will include food and wine pairings. The cost is $25 per person. Among those on the planning committee are Sharon Mettler, Laura Wolfe, Joan Kerr, Suzanne Bunker Kishimoto, Terry Meyer and Patty Smale. To RSVP call McNearney at 661-703-4353.
, Lui

* ... BAKERSFIELDISM: You know you're from Bakersfield when "you are no longer surprised when you know half the people in the room at lunch at Luigi's."