* ... THE BIG GAMBLE: Hats off to Cal State Bakersfield for its successful drive to attain Division 1 status for its sports programs. A well connected  group of alumni and boosters were behind this, arguing D-1 status will add to the school's image and give the programs better leverage in recruiting top athletes. But not everyone supported the drive, saying the school instead should be putting more emphasis on its academic programs to lure a different kind of student to the university. In the best of worlds,  supporters hope CSUB will follow in the footsteps of schools like Gonzaga, the small Jesuit university in Spokane, Washington, that has gained national stature via a highly successful Division 1 basketball program.


* ... BILL KIZER: In a time when so few people value loyalty to their employers, it's nice to hear cases  like that of William "Bill" Kizer. He retired recently from Today Cleaners where he worked for 55 years. That's right, more than five decades at the same place of work. Three generations of family ownership worked with Bill, including Jeff Newman Sr. who credits him with teaching him the ropes of the family business. In addition to that, eight other members of Bill's family worked at Sparkle or Today cleaners. Current company president Jeff Newman Jr. joined in a party to celebrated Bill's retirement. How many folks retire at the age of 86 after 55 years at the same job? 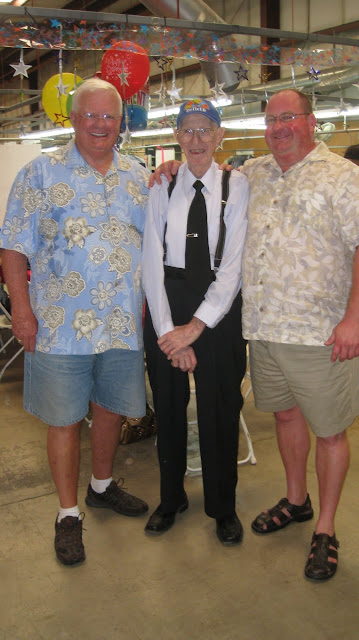 * ... TRASH WOES: I clearly hit a nerve with a recent post about our parks being strewn with litter after a weekend. Reader Pat Napier wrote to note that while traveling in Mexico "you will notice that all the parks and beaches look just like the ones here in Bako after a weekend or holiday.... strewn with beer bottles, watermelon rinds, potato chip packages etc, waiting for the tide to come in and wash it all away. What a shame to trash a beautiful country just like what is being done to Kern County." My take: there's lot of bad behavior in our community and it usually has more to do with education and upbringing than nation of origin.

* ... STINSON'S: Stinson's Stationers, one of our town's iconic family owned businesses, held a shoe drive last week and collected almost 500 pairs for the Bakersfield Homeless Shelter. Business development manager Heather Henderson told me company drivers picked up the shoes along their routes or customers dropped off the shoes at the various Stinson's locations. And they did it all in one week. 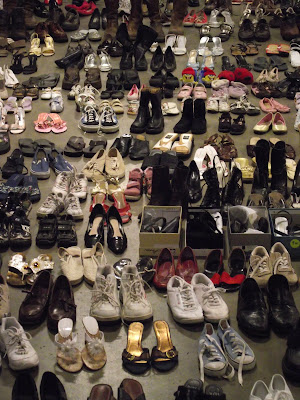 * ... LOCAL BOY: Reader Joel Hoffman was watching a Detroit Tigers versus Texas Rangers game on Brighthouse Networks the other day when the announcer mentioned the Ranger's pitcher - Colby Lewis - was from Bakersfield. He's listed as a 31-year-old right handed starter who stands six foot four and weighs in at 230 pounds. 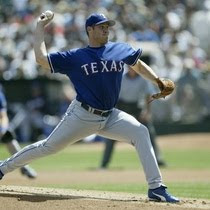 * ... BAKERSFIELDISM: From reader Anne Grogan: You know you're from Bakersfield when "you see people lining up to have their photos taken next to the Bob's Big Boy statue as if it were a national monument."
Posted by Richard Beene at 10:19 AM

Hey Richard, looks like you have a fan club. Let me guess? Is that someone who lost her job at your paper and is blaming you. Keep up the good work. Love your blog. You tell it like it is, the good and the bad.