If it's 110 degrees it must be a Bakersfield summer, and more readers wax poetic of old Bakersfield

* ... OUR HEAT: This week's heat seemed just another oddity in our long unpredictable weather year. First we enjoyed the unusually mild, and long, spring that lasted well into the early part of summer. Remember how nice that was? It seemed like it would never end. And it really hasn't been that bad until - boom! - this week's temperatures soared above 110. And now what? They're telling us it could be 25 to 30 degrees cooler by this Sunday. Go figure.

* ... OLD EATERY: I had two readers contact me to correct an earlier post regarding a restaurant that was located on the west side of Chester Avenue a few blocks south of California. Turns out it was named "Mr. and Mrs. of Radio Fame" and featured pictures of local and regional radio personalities on the walls. The original tipster, Dick Porter, was apparently right about one thing: the food was superb.

* ... BAKER STREET: Jo Lynn Moralez wrote to say she remembers when Baker Street was "a bustling business area with Kirby and Karl's shoe stores, music stores, furniture stores, flower shops, Snider's Cyclery and even JC Penney, which is where Stinson's is now. And let's not forget Richard's Toy Shop at the corner of Baker and Monterey where they wrapped your gifts and added a bow and a lollipop on each gift."

* ... MORE RICHARD'S: Nice to hear from Michael Huston, vice president at Townsend Design, who added a comment about the old Tejon Theater. "The Tejon and Granada Theaters were locally owned by the Lemucchi family. And while the Tejon was a must for Saturday matinee's (including the Three Stooges) you day was not complete until you visited Richard's Toy Store. It was located right across the street, owned and operated by the Adams family. I can fondly remember balloon wrapped presents, the ribbon and of course the sucker attached to each package. Priceless memories!"

* ... PILOT HONOR: Reader Monica Powell passed along a note that Capt. Wayne Dirkes, a Naval Test Pilot School student, received the 2009 Exceptional Pilot Award. The honor is presented annually to a pilot selected by each of the five military branches for exceptional deeds performed to assure mission success. Dirkes is a graduate of Bakersfield High School. 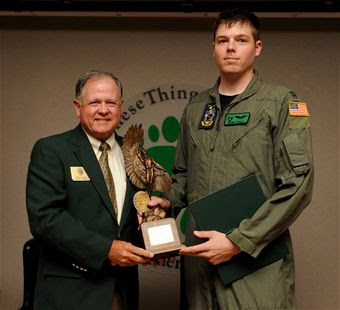 * ... BRIDGE QUARRY: A reader's post about the old 24th Street bridge quarry triggered a response from old friend Rick Kreiser, president of Carneys business systems. "While my memories are foggy of the 24th Street bridge quarry, I distinctly remember dad telling me NOT to go in the water by the bridge!  Seems, he and mom were sitting on the levee one day watching my older sis, Carol, wade in the cool, knee-deep waters of the 'always-on' Kern…when she suddenly was NOT THERE!  Somehow, dad suspected the fate that had befallen her and dove into the spot where she disappeared.  Luckily, both he and Carol emerged after a minute or so (I’m told) and walked out – never to venture into that spot again.  Close call."
* ... BAKERSFIELDISM: From contributor Riley Parker: You know you're a Bakersfield old timer if "you rode bumper cars at Hart Park on the same day that you swam in the big green pool."

Posted by Richard Beene at 1:18 PM