* ... OUR TRASH:  A lot of folks have contacted me to vent their frustration with the way our parks and green areas are trashed virtually every weekend. Bonnie Farrer was one of them.  "In Singapore if you are caught littering you are forced to clean the streets as punishment. I have driven through Hart Park and seen dirty diapers by the road. This is unacceptable, especially since there are litter bins all over the park. I also saw a woman throw a gum wrapper out her window as if it were the natural thing to do. Let's do something. Yes, we have a $1,000 fine for littering but I think it is unrealistic. Let's lower the fine and then enforce it." 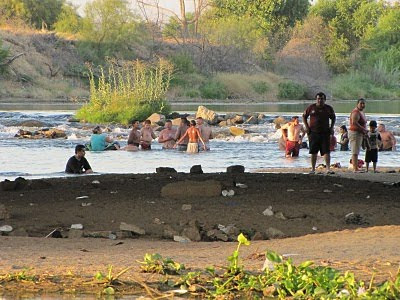 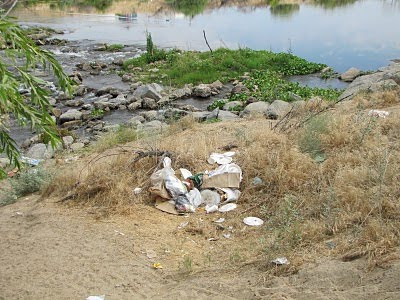 * ... CRIME WATCH: Had the chance to chat with Police Chief Greg Williamson the other day, and he told me that home and commercial burglaries are up 9 percent. Why? High unemployment, a dismal economy and the state prison system dumping literally hundreds of unsupervised parolees in Kern County. The chief's advice? Lock your doors, lower your window shades, leave the alarm on, don't leave valuables visible in your home or car and if you see something suspicious, report it immediately to the police.

* ... MEMORIES: Speaking of old Bakersfield, reader Don Enebo recalls the old Tex's Barrel House that was located just off the Garces Circle. "In spite of its reputation, it was probably better than the Deja Vu which is in the same old neighborhood," he said.

* ...  HEY BARACK: Heard from Philip Brandon, a recent Garces Memorial High graduate who is now living and working on Martha's Vineyard where President Obama is vacationing. Turns out that among Philip's odd jobs  is one working as a full service gas station attendant at the Airport Mobile station in Edgartown. And to keep his job while the president was vacationing Philip had to receive special clearance from the Secret Service. You just never know when a black Suburban might pull up and some familiar figure rolls down the window to bark a presidential order: 'Wipe the windows, check the oil and fill her up."

* ... EAST BAKERSFIELD: And reader Don Kurtz wanted to wax poetic about old east Bakersfield, adding these thoughts: "How about Tiny's Diner downtown, or Clark's Broiler at Union and Monterey? Or the hamburger grill across from Jefferson Park on Beale Avenue? The Fosters Freeze at Niles and Union or Blue Jays Ice Cream Parlor on Bernard across from Longfellow School. This is just a start of really bringing back good memories of East Bakersfield and a little bit of downtown." Thanks for sharing, Don.

* ... BAKERSFIELDISM: You know you're a Bakersfield old timer if "you remember the name of the dairy at North Chester and the river and the full name of the person who owned it. (Wayne's Dairy, owned by Wayne Peacock)
Posted by Richard Beene at 11:05 AM

Maybelline is correct but here is more detail: Wayne's Dairy was at 4050 Chester Avenue, which was south of the Kern River.

Wayne's Dairy was located around what is now West Columbus and Chester Avenue...to the southwest of the Royal Palms Golf Course.

My brother and I took golf lessons at the golf course but enjoyed donuts and other treats delivered to our front porch by the milkman from Wayne's. I don't recall the Wayne's jingle but my husband can still sing it.