New lofts project is headed to the arts district in downtown Bakersfield, and a gas war heats up in Shafter

* ... CITY LOFTS: Downtown Bakersfield received some good news this week when the city Redevelopment Agency approved a $612,000 loan for finishing construction of the 1612 City Lofts Project at 19th and Eye streets. The money will go to finishing nine upstairs lofts in the building that houses the Metro Galleries, Ellie Jaye's Kids Boutique and Jezebel's Boutique. The building is owned by local Realtor Eydie Gibson and a partner and is located in the core of the emerging downtown arts district. I'm told the owners have already spent $1 million on the project and the loan will allow them to complete the project in six to nine months. These will be rental lofts - not low income rentals - and will go for between $895 and $1,395 a month.  They are designated "affordable moderate income" rentals, meaning they will be available to single people with an income not higher than $47,000 and a couple with a gross income of not more than $53,000. The building itself was constructed in 1893 and is said to be the second oldest still standing commercial structure downtown. It was originally a rooming house. Let's hope the lofts attract more young urban professionals to the downtown area. 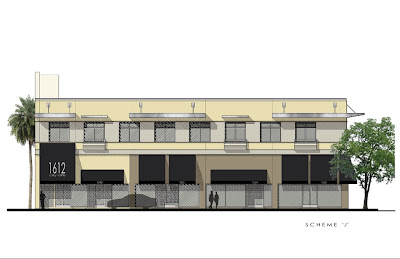 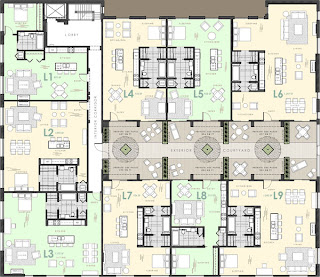 * ... AIRFIELD: I continue to receive a lot of feedback about the old La Cresta Airfield that was located off Panorama Drive near Bakersfield College. One reader asked when it was built, which I could not answer. Any history buffs out there know? Another reader, Mickey Pearson, recalled a small cafe at the airfield that served burgers, fries, sandwiches and a great bowl of chili. He said it was run by his grandparents, Ezra and Myrtle Pearson. "While eating lunch you could try your luck at the punch boards. Pay your money for a chance to win cash. They had a small tool about the size of a toothpick. You would push a small rolled up paper out the back of the board, unroll it and see if you won."


* ... CRIME WATCH: A reader who lives near Pacheco Road and Hughes Lane called with a horrifying story of a break-in at her home in May and a warning to others to be on guard for the unexpected. She was outside in her yard and had left the front door unlocked, like we all do when we are puttering around the yard. Turns out a group of robbers slipped inside when she wasn't looking and when her daughter showed to pick her up to run an errand, she locked them inside. When she returned, she surprised three men in her house who scattered out through the back yard. "The police were down the street investigating another burglary and were here in two minutes! Now I never leave the house without locking every door even if I am outside five minutes. This is happened all over town, not just out here."


* ... GAS WAR: Folks in Shafter are abuzz over a local gas war, started when a new ARCO station opened at the corner of Lerdo Highway and Highway 43. One resident, David Vanderpool, told me the ARCO opening forced the local Fastrip to drastically cut its prices to the point where Fastrip now has some of the cheapest gas in the county. "Most people in Shafter, before the ARCO opened up, would buy their gas in Bakersfield since it was cheaper than Shafter on any given day. So yes, competition is great!" 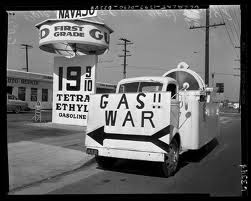 * ... MEMORIES: Reader Paula Rodenburg touched based to share her memories of shopping for clothes with her mother at Brock's, Fedway and JC Penney. "After Brocks we'd go down the street heading east on 19th to Woody's Toy Circus and Thompson's Petland (Woody's moved to Chester Avenue later after a fire, I believe). LOVED Thompson's-puppies and kittens in the back and I'd always beg for more pets even though we were full up at home. And Zippy the Clown-he was at my sixth birthday party. I believe he was on the George Day show. Good times."

* ...  DALEY LEAVES: Heard from reader Pattie Otts that Dr. Patrick Daley has left Bakersfield to assume a family practice in Ojai. His last day at the Mohawk Medical Group was July 30. He had been in private practice specializing in sports medicine for some 20 years and was active in the Kern County Medical Society, where he served one year as president.

* ... BAKERSFIELDISM: You know you're a Bakersfield old-timer if "you still have a copy of Isabel Forker's guacamole recipe."
Posted by Richard Beene at 1:51 PM