* ... RUBIO FUNDRAISER: Today's political climate is rife with partisanship, so it was nice to hear of a recent fundraiser for State Senate candidate Michael Rubio that seemed to bring folks from all political leanings together. It was last Thursday, at the Bakersfield Country Club, and the evening was hosted by prominent farmer Joe Campbell and well known local defense counsel H.A. Sala. The crowd was seeded with loads of distinguished Democrats and Republicans who listened to Rubio's well tuned message of finding practical solutions for budget gridlock, water regulation, and sustained job growth.  Supporters from both sides of the aisle seemed to appreciate Rubio's dedication to work through these divisive issues. Among those attending were Castle and Cooke president Bruce Freeman, farmer Richard Sandrini, local attorney Barry Goldner, Supervisor Mike Maggard, former First Five chairman Wendy Wayne and attorneys Karen Gaul and David Cohn. 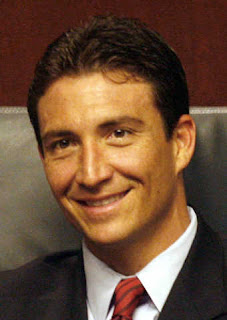 * ... MORE LA CRESTA:  Former supervisor and Mayor Mary Kay Shell added a little romantic twist to the stories of the old La Cresta airfield.  "The La Cresta Airfield is becoming a saga!  Your column today jogged my memory further. I well remember Johnnie Bresnahan and his PT 19 and Jim Bowers and Hal Reed and their BT-13. What I didn't mention to you before was when I was working there I first met my future husband, Joe. We were married 38 happy years until he passed away in 2008. This was about 1947 when he frequently came in flying his navy blue SNJ (AT-6 in the Air Corps) to check his oil wells. He was an independent wildcatter. He never stayed long because someone he had buzzed picked him up right away. I recall he was a tall blond fellow with the name of Shell. We sold Shell gas at La Cresta and I was young and dumb and thought he might own that company (rather than the Dutch corporation it was).
After we married some 23 years later he used to love telling people I washed his windshield at La Cresta as I climbed all over his plane when he wasn't around. Not true, except I did climb on his plane because it was so nice!" 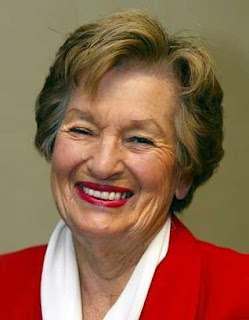 * ... MORE THOMPSON'S: Reader Don Enebo adds this memory about the old Thompson's Petland store. "When I moved to Bakersfield in 1958 a man named Thompson owned the pet shop. Oddly he was from my hometown of Stevensville, Montana, where he had owned a little country grocery store south of town. That store was previously owned by my uncle, Floyd Millikan. He ran the pet store for several years but I don't know when he sold it, nor what happened to him. Yes, everyone with children went in to look at the animals. Sort of like an early petting zoo."

* ... MONTGOMERY WARD: Received a nice hand written note from Sal Cruz, a 73-year-old Delano resident who remembers buying shoes in Bakersfield at the old Montgomery Ward stores and "having my feet X-Rayed to assure a good fit."

* ... BAKERSFIELDISM: Jenifer Pitcher is but 24 years old and working on her master's at CSUB, but she has her own memory of "old" Bakersfield.. "You know you're from Bakersfield if you remember the Big Green Monster water slide at the water park (I think it was on White Lane, but I was really young so I can't quite remember.)"
Posted by Richard Beene at 10:19 AM