Will Fessler be the new Athletic Director at CSUB? And noting the stream of paroled state prisoners walking our streets

* ... CAL STATE: There is a lot of speculation over who will replace the retiring Rudy Carvajal as athletic director at Cal State Bakersfield. This will be one of the bigger decisions made by President Horace Mitchell, who successfully pushed through the effort to bring CSUB sports up to the Division 1 level. Insiders tell me the only real inside candidate appears to be Roger Fessler, the former general manager of American General Media who joined CSUB as associate athletic director last year. Fessler's passion is college sports, and he has previous experience as athletic director at St. Francis University in Pennsylvania. But Mitchell could always choose to look outside the campus to bring in his own personal pick. A search committee has been formed, but anyone with any experience with university politics know this is the president's call at the end of the day. This is not an all inclusive list but among those on the search committee are assistant athletic director Gloria Friedman, Foundation athletic committee chair Greg Bynum, Roadrunner Club president Alan Wade, coaches Alan Collatz and Tim La Kose, associate vice president of enrollment Jackie Mimms, faculty athletic representative Jackie Kegley and John Holtzman, vice president of student affairs. (Rudy Carvajal with President Mitchell pictured below, followed by Roger Fessler) 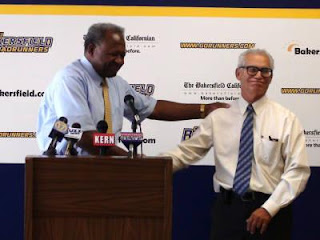 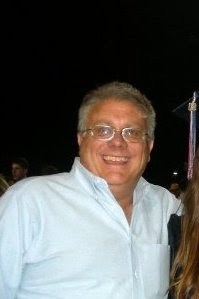 * ... HARVEY HONOR: Mayor Harvey Hall was honored with Cal State's John Brock award Thursday night at a dinner and reception at Seven Oaks Country Club. Organizers were thrilled the event sold out, particularly considering it was up against a number of other events: the opening of a new show at the Bakersfield Museum of Art, a private dinner and fundraiser for Meg Whitman at Barbara Grimm's estate, and the big NFL game between the New Orleans Saints and the Minnesota Vikings. 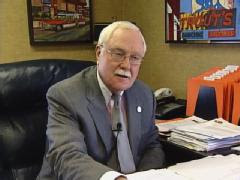 * ... SPOTTED: A group of eight to 10 newly released state prisoners, all in matching white T-shirts, khaki slacks and black canvas prison slippers, walking west from the Greyhound Bus station into the heart of Westchester Wednesday morning. Ever get the feeling that these parolees are just being dumped into our community by the overburdened state prison system?

* ... MAHAN OUT: Heard the bad news that Will Mahan, a Bakersfield High School and Bakersfield College alum, tore his ACL in practice and is out for the year at the University of Washington. Mahan is the starting punter on the Husky football team and will apparently take this year off and return next season. 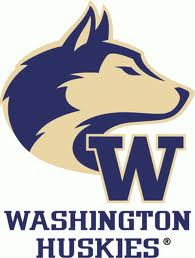 * ... BAKERSFIELD INN: Reader Denise Irvin wrote to talk about her high school years when she would visit the old Bakersfield Inn and enjoy its pool. "There wasn't a swimming pool in every backyard then, but we 'younger ladies' soon discovered that we were welcome at the Bakersfield Inn for an impromptu swim party. We could order a lime Coke from the bar and spend the entire Saturday afternoon sunning and swimming at the Inn's pool, and if we got lucky there might even a bunch of cadets from Minter Field there to flirt with. Ah! Those were the days!"

* ... LA CRESTA: Reader Gene Buchanan is another who recalls the old La Cresta Air Park off Panorama Drive. "It was my understanding that La Cresta was closed to private aircraft until Meadows was cleared by the Air Force. Until then we were flying off a dirt strip about 10 miles east between Breckenridge and Kern Canyon Road just east of Hillcrest Memorial park. It was August 1945 and I was a student pilot. When Meadows opened we moved there. Got word that La Cresta was going to have a small air show and Batman was going to jump from a plane. He went up in a J3 to about 6,000 feet and jumped. He had wings sewn to his sleeves and between his legs. You could hear the wings flapping, sounding like machine guns. He opened his parachute and his feet swung forward and then when they swung back he hit the ground. I was 16 at the time and was very impressed. And by the way, you know you're from Bakersfield if you remember the hamburgers served with a special sauce at Bloomfield's drive-in on Niles Street."

* ... BAKERSFIELDISM:  You know you're from Bakersfield "if you consider 10 percent seasonal unemployment the norm."
Posted by Richard Beene at 11:10 AM