* ... BURGLARIES: The rash of break-ins and burglaries across our community continues unabated, but I've heard of few problems like the one encountered by a friend of mine who lives in the Bakersfield Country Club area. This friend (he asked to remain anonymous) and his wife were doing a major remodel on a home in the area - new floors and windows, new appliances, paint - and had stored the appliances in the attached garage. One morning, while workers were in the house, the garage door was left open and "a neighbor observed two men who appeared to be scouting the area and paid particular attention to the house with the open garage door. The strangers then apparently planned and prepared for a return visit. Later that night or early the next morning the thieves returned. They compromised the electric garage door, loaded up and made off with everything in the garage, including a new refrigerator, six new ceiling fans, a washer and dryer, tools and six large boxes containing non-replaceable and priceless personal property." His advice: "Should anyone find themselves in a like situation: store your property elsewhere. The thieves will not bother with an empty garage. If possible activate the alarm system. Alert your neighbors of your situation, and finally, close the damn garage door. If I were a burglary detective I would extend a great effort to identify these unconscionable animals." 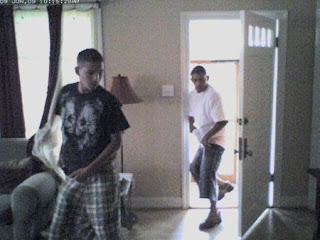 * ... SECOND MARRIAGE: One of most insightful political pundits on the national scene is the New York Times' David Brooks, one of the more conservative voices on its opinion pages. His take on the expected GOP sweep in the mid-term elections? "Overall, if it is won, a Republican House majority will be like a second marriage. Less ecstasy, more realism. The party could have used a few more years to develop plans about the big things, like tax and entitlement reform. But if a party is going to do well in an election, it should at least be a party that has developed a sense of modesty." 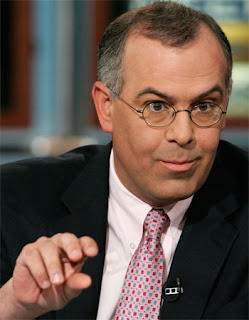 * ... TOLAND KUDOS: A few weeks ago I wrote about the athletic accomplishments of Mike Toland, a long-time Bakersfield resident who works as a geologist for the state Department of Conservation. Scott Sindelar, who works for Occidental Petroleum, wanted us to know more about Toland. "Bakersfield has the fortune of having such a great man like Mr. Toland as a resident. He is one of the most humble, gracious and engaging conservationists I have ever been around. Many of us have been destroyed by him in athletic events around town, but to talk to Mr. Toland you would think we were the stars. I've never heard him boast or brag about himself. He brushes off his accomplishments like it was a trip to grocery store. He sets an example as a human being for all of us to follow."

* ... BAD FORM: There are few things sweeter than the youngsters who come to your door on Halloween, all gussied up in their costumes as their parents wait on the sidewalk with their infant siblings. But do the parents have to leave diapers in the street along with the candy wrappers? As reader Stephen Montgomery noted: "Why can't they be taught to put them back in their own goody bag for disposal when they go through the loot when they get home? I picked up a bag from the nearby Taco Bell and ... you guessed it. A used diaper! This was about 15 feet from a brown toter someone had left on the street. Sheesh!"

* ... OVERHEARD: A resident of Seven Oaks the day after Halloween: "I gave out over 400 pieces of candy and what do I get? Someone left a diaper in the gutter in front of my house."

* ... BAKERSFIELDISM: From local Realtor Patsy Sadler: You know you're from Bakersfield "if you remember when El Sombrero was on the Circle and the lunch special was a taco, enchilada, rice and beans and iced tea for $1.25. That was around 1969. Those were the days!"
Posted by Richard Beene at 2:39 PM

i've never heard of a town w/ a diaper problem as severe as bakerfield's.

"I gave out over 400 pieces of candy and what do I get? Someone left a diaper in the gutter in front of my house."

An allegory of our handouts to the illegals in our neighborhoods. We give them freebies they don't get where they live, and they sh*t on us for it.

A true conservative would vote to ban Halloween. STOP THE HANDOUTS. We should also ban Christmas, and it's season of giving.