Bako Bits: A terrific First Friday is upon us, the Garces pool is set to open and Memorial gets $100,000 for its children's center

* ... GARCES POOL: It looks like the new competition swimming pool at Garces Memorial High School is on schedule to be completed. Gordon Wetshoff, a Garces development officer, said water will go into the pool on Tuesday, December 7. It will have 12 practice lanes and 10 competition lanes and a diving area with a depth of 14 feet. It will also have two one-meter diving boards and one three-meter board. Garces is on a building spree that will soon include other projects as well. Said Gordon: "The next project is to try and have the new tennis courts ready for the start of school 2011. We need to raise an additional $400,000 plus and we are working hard at doing this. The Board wants very badly to have all our athletic teams be able to participate on our campus (except golf of course). The Garces girls team wants the courts ready for their season in August."

* ... FIRST FRIDAY: It's time for another First Friday in our emerging downtown arts district. What better way to support our downtown merchants than by taking in some art and dining at one of our wonderful downtown restaurants? Or, as a friend of mine does, start the evening at Cafe Med on Stockdale Highway and then migrate over to downtown. As usual, Don Martin over at Metro Galleries on 19th Street promises a terrific show. He'll feature the art of Gita Loyd, celebrating a decade of painting in Kern County, as well as something called "smallworks 2010" which will feature paintings, pottery, sculpture and other art by a slew of local artists. There is also some stunning (and affordable) small wood works from local artist Tom Christenson, the retired oil executive and husband of Realtor Mary Christenson. And while you're there, head over the Uricchios Trattoria for its classic Italian fare or Mama Roomba for some splendid Caribbean eats. There won't be a First Friday in January so don't miss this one. 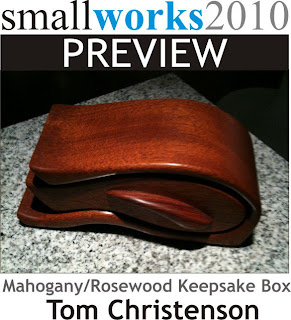 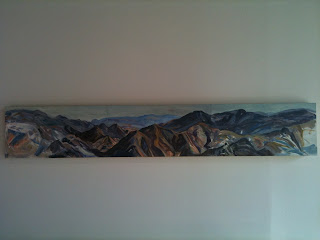 * ... MEA CULPA: I owe an apology to Donna McGuire, the owner of Serenity salon off Coffee Road. I reported that her salon was to be the subject of Bravo TV's "Salon Takeover" but McGuire says that is news to her. "We'd love any tips from anyone but we are really proud of our salon and business is good," she said. "We have a wonderful group of people here and we're involved in a number of community activities." McGuire is one of those local success stories. A product of South High School, she opened the salon four years ago and this year was it won the coveted "Best Of" award in the annual Californian reader poll.


* ... TBC FOUNDATION: Seven local non-profits have been selected by The Bakersfield Californian Foundation for monetary grants. Among those receiving funds were the Ready to Start reading program, $15,000; Here's Life Inner City Bakersfield, $5,945.90; Society for Disabled Children, $5,000; Arts Council of Kern, $5,000; Garden Pathways, $5,068; Community Action Partnership, $6,012, and the Kern County Library, $3,000. The Foundation is not part of the newspaper but is run by publisher Ginger Moorhouse and her daughter Tracey Cowenhoven, who serves as director. It is operated as a separate entity and focuses on early childhood education.

* ... MEMORIAL: Had a chance to attend the end of the year dinner and meeting of the Memorial Hospital Foundation Board at Luigi's this week. Memorial President Jon Van Boening and chief development officer Sue Benham always run a crisp meeting and this one included some good news for the new children's pediatric hospital at Memorial. Turns out the Waterman Foundation of the Rotary Club of Bakersfield, the downtown club, is donating $100,000 over three years to help the children's hospital grow. The donations cover the terms of past Rotary president Duane Keathley, current president Harry Starkey and 2011 president Tracy Walker-Kiser.

* ... BAKERSFIELDISM: From reader Jack Kelley: You know you're a Bakersfield old-timer if "you remember the passenger trains running from Bakersfield to Los Angeles from the depot on Baker Street."
Posted by Richard Beene at 11:27 AM

You're really from Bakersfield if you don't think twice about passing up First Friday to go see BHS vs Centennial.
Sorry First Friday, maybe next month.
GO DRILLERS!